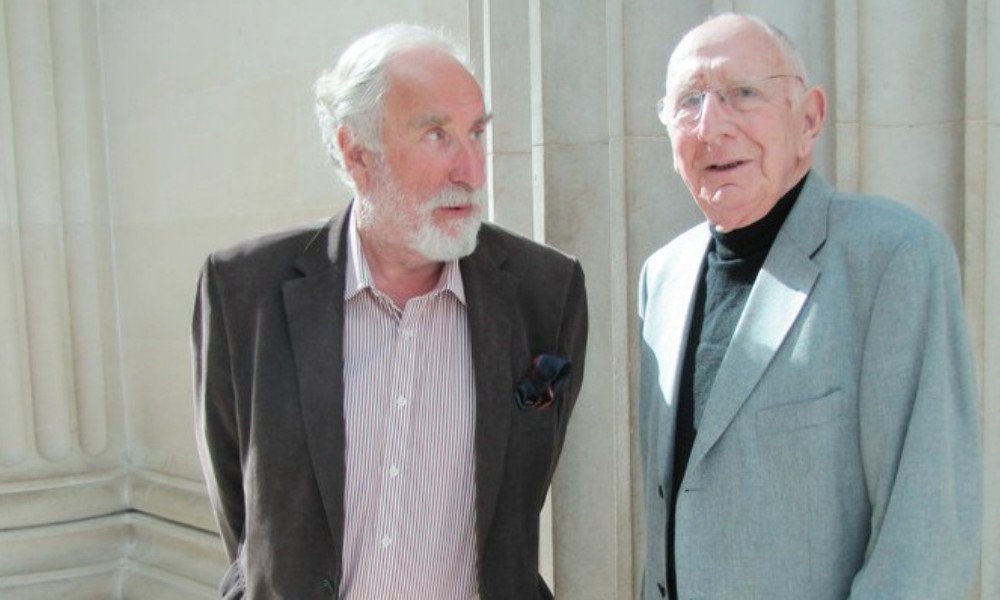 Between series Five and Six of Jago & Litefoot, Big Finish Productions released Benjamin & Baxter: The Real-Life Stories of Christopher Benjamin and Trevor Baxter, a two-disc interview by Nicholas Briggs with these two venerable actors. Though Big Finish releases have been chock-full of interviews for some years now, it is to my memory some time since they last released a standalone interview. One assumes they weren’t exactly hot sellers, but I actually own a copy of Big Finish TalksBack: The Eighth Doctor Authors. I can’t claim it comes in for a lot of replaying, though.

At first, you’d be forgiven for groaning — Briggs launches off by asking Benjamin and Baxter the same questions about The Talons of Weng-Chiang that David Richardson has asked them a million times before, the poor fellows. But then the two actors are split up, and things really become quite interesting.

Christopher Benjamin emerges as not quite the man you’d expect. He plays (to my admittedly limited experience) characters with a lot of bluster and false bravado, but here he comes across a somewhat reticent man — Briggs has to tease the personal reminiscences out of him, and Benjamin usually seems sure no-one could possibly be interested in what it is he has to say. But what emerges is an engaging portrait of a man who’s experienced difficulties, but also done what he’s wanted to do. The material covering Benjamin’s childhood, his early schooling in drama, and his brief National Service is definitely the highlight, but his acting career is well-covered, too.

Trevor Baxter is no more Litefoot than Christopher Benjamin is Jago. Baxter seems to always have an anecdote to hand, and is rarely afraid to state when he’s done a good job at something. Baxter’s interview never seems to get quite as personal as Benjamin’s, feeling more like a string of anecdotes than an arc of a life. There’s some interesting material about Baxter’s homosexuality, and the difficulties that caused in the acting profession back when he was starting out, but often even that is filtered through the experiences of others. I’m not even sure if Baxter is in a committed relationship or not! On the other hand, Baxter provides an evocative portrait of what life during the Blitz was like from the perspective of a young child. (I was also quite amazed to realise that Baxter’s last film was Sky Captain and the World of Tomorrow — I saw that, but I had no idea!)

There’s a sense of nostalgia in both interviews, but not a myopic one. Both men clearly miss some aspects of the way things were in the acting profession (perhaps more Baxter than Benjamin), but they also acknowledge that many of its realities were harsh, unforgiving ones. The picture they build up of the postwar theatre and television acting world was fascinating to this young American.

Briggs is a very effective interviewer, guiding the subjects but not dominating them, prompting them when he needs to. As I indicated above, the only real misstep here is the overemphasis on questions about Doctor Who and Jago & Litefoot, but I suppose those who haven’t heard the many, many Big Finish CD Extras that I have will want to have heard those questions. There’s also a little music used in the CD, and it never fails to be completely jarring and inappropriate in tone. I’d’ve appreciated it the (uncredited) editor and sound-designer had just let the interviewees speak for themselves.

Benjamin & Baxter has an obvious appeal to listeners of Jago & Litefoot, but really, it should be listened to by anyone who appreciates or is interested in the history of British television in general. It’s an engrossing two hours with two lively, experienced actors.