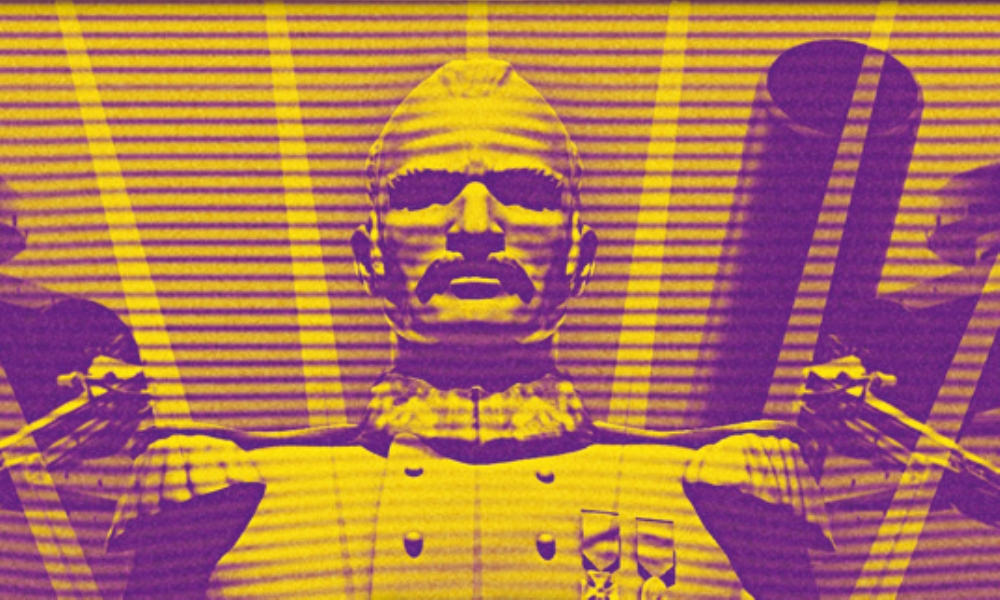 The “back to basics” approach of Series Six of Jago & Litefoot is announced from the moment one opens up their box set — or in my case, the audiobook download — and sees the covers of the individual stories. Series Six returns to the faux leatherbound look not seen since Series One. This is appropriate, given that the series sees Jago and Litefoot return to the 1890s after their extended adventuring in Voyage to Venus, Voyage to the New World, and Series Five. The result is a consolidation of sorts that results in some of the best Jago & Litefoot yet.

Series Six begins with The Skeleton Quay, which must set up the new status quo of the range by introducing Jago and Litefoot to the employ of “the Colonel”, who was waiting for their time cabinet when it materialised. The Colonel enlists the duo to serve Her Majesty’s Government, and sends them off on an adventure to a destroyed seaside town where ghosts have been sighted. It’s a rather traditional ghost story that emerges from the pen of Jonathan Morris — and a rather good one, too. The twists work well, and the cast is utterly delightful. India Fisher’s sister, Francesca Hunt (last seen in Other Lives) plays Camilla Tevelyan, the daughter of a local MP who befriends Litefoot in a fun little scene on the train, while Keith Bartlett is marvellous as “Old Isaac” Pawley, the fisherman who was sole witness to the destruction of Shingle Cove. Except for the location, it’s an utterly normal adventure for Jago and Litefoot, but it’s a perfectly executed one, the type of spooky story this series does reliably well.

The next tale brings the ever-imaginative Doctor Matthew Sweet back to the range, with Return of the Repressed, in which Jago has been seeing one Doctor Sigmund Freud. I can’t even begin to explain this story to you, so I won’t start, except to say that Litefoot adopts a baboon as his son at one point. Suffice it to say that this is literally the best Jago & Litefoot story I have ever heard, taking two characters who could be cardboard-thin and doing something utterly extraordinary with them. I did not expect to ever tear up at a Jago & Litefoot adventure, but come the closing credits, that’s exactly what I was doing. It was a simple moment, but it spoke volumes for what we had learned about the characters — and what they had learned about themselves. Adrian Lukis does a great job as Sigmund Freud, and Elizabeth McKechnie (curiously uncredited on the website for us download customers) is perfect as the mysterious “Madame Anna”. Full of great ideas, some vivid writing, keen insight, and beautiful performances from the regulars, this is as good as they come.

The last two episodes, George Mann’s Military Intelligence and Justin Richards’s by-now-customary series finale The Trial of George Litefoot, form a two-parter, more heavily linked than normal, about the Colonel and Litefoot’s arrest for murder. Like a lot of the finales of Jago & Litefoot, this story sees the duo stumbling into a plot with immense stakes and even bigger weaponry. The plotting is pretty straightforward, but our heroes are put into some new and interesting situations that allow the characters and actors alike to stretch — The Trial of George Litefoot in particular was filled with brilliant moments. It does, though, turn out to be a bit too easy to defeat the villains, who have to make some inexplicable decisions to lose quite as badly as they do. Geoffrey Whitehead gets his most substantial outing as the Colonel in these stories, which is sharp, but the real shining light here is Nancy Carroll as Agatha, agent of Queen Victoria, the last of a strong series of female roles in this series.

The strength of the first two stories, and the lack of any real clunkers (I feel like each series of Jago & Litefoot prior to this has had one) adds up to make the best series to date in my mind. Having grown the format outwards in Series Three-Five, paring back allows its essential elements to shine. I do wonder if how the Colonel knew about the time cabinet is going to be explained, and its seems unnecessarily cruel that The Skeleton Quay erased Jago and Litefoot’s memories — I wonder if and hope more will be done with both of these elements. It’s also a shame that we don’t get to hear the leads reunited with Ellie after their meeting with her future self in Series Five; by the time she pops up in Military Intelligence, they’ve been back for some time, and whatever reunion there was transpired out of our hearing.

When Jago & Litefoot began, I enjoyed the characters and format, but often found the individual stories weak. But here, by Series Six, Big Finish has really cracked it — each of these stories works, thanks to good writing, clever reinvention, nice direction by Lisa Bowerman, and Howard Carter’s detailed sound design/atmosphere. Oh, and the best leads you could possibly imagine in Christopher Benjamin and Trevor Baxter. The end promises a highly enjoyable Series Seven to come, and as ever, I will be there to hear it.