Doctor Who: The Alchemists review 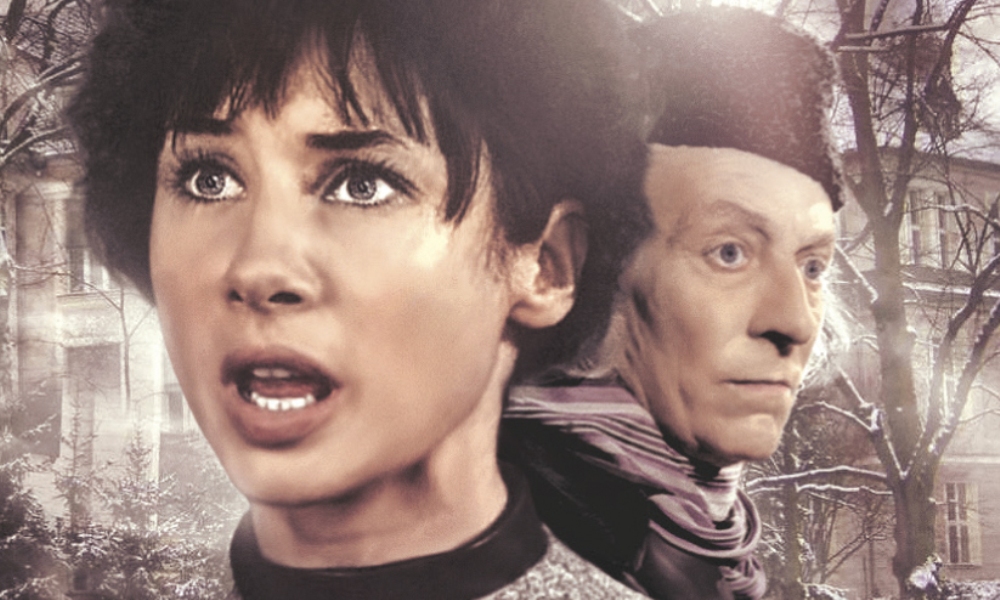 I forget when The Alchemists was supposed to come out originally, but I think it was a while ago — in the slot eventually occupied by The Time Museum, maybe? Anyway, Ian Potter’s First Doctor and Susan Companion Chronicle is finally with us, and even if it was originally due in July 2012, it works very well in August 2013, just shy of the fiftieth anniversary, as this shows us what the Doctor and Susan were up to prior to the zero-th anniversary.

The Doctor has the Hand of Omega and is looking for a place to stow it on twentieth-century Earth. But when the TARDIS lands in interwar Berlin, the Doctor can’t pass up the opportunity to make the acquaintance of Einstein, Heisenberg, Planck, and all the rest of the great German scientists. So he and Susan venture forth into an economically devastated city where the only authority is violence and your willingness to use it…

The Alchemists focusses squarely on Susan, and to good effect. Though she’s intelligent and resourceful, she’s still in a time and place she knows little about; once she gets separated from the Doctor (of course), the story stays with her perspective, and it’s actually quite harrowing. Ian Potter’s writing, Carole Ann Ford’s top-notch performance, Lisa Bowerman’s direction, and the sound design of Jim Hamilton and Toby Hrycek-Robinson conspire to make some very dark scenes come to life vividly. I felt as traumatised as Susan must have. I particularly liked the scene where Susan partakes of some coffee that definitely doesn’t agree with her.

The overall evocation of atmosphere, in terms of attitude, time, and place, is The Alchemists’s real triumph (the plot, as it sometimes is in The Companion Chronicles, is resolved a little too simply). It’s not all about the foreboding, either; there’s a hilarious scene where the Doctor and Susan are taken on a taxi ride by a deranged driver.

In addition to Ford’s usual quality performance, Wayne Forestrer fills in a number of male characters, not just the credited Pollitt, but I wouldn’t’ve guessed it if I hadn’t known it already. His characters are sharply differentiated, and all very well performed, menacing or comic or ill-meaning or charming as the case may be.

If there’s any significant shortcoming to the story, it’s that it’s a little too ambitious for its 50-minute dimensions. German Jew scientist Fritz Haber is mentioned a lot, and the end wants us to take something away about his motives and role in twentieth-century science, but since we never actually meet him or hear anything about his motives firsthand, it’s hard for the takeaway to hold up. (Also: in what story were the Doctor and Susan present at the Blitz? This was referenced a couple times, but I don’t remember it from television or The Companion Chronicles.) On the other hand, I did like the story’s grappling with ideas of power — how do you achieve justice in a place like 1930s Berlin?

But if all we can really slam The Alchemists for is that it’s too ambitious, it’s hard to complain too much. Another solid Hartnell historical in a range replete with them.

Doctor Who
by Steve Mollmann
4 Comments