Doctor Who: Council of War review 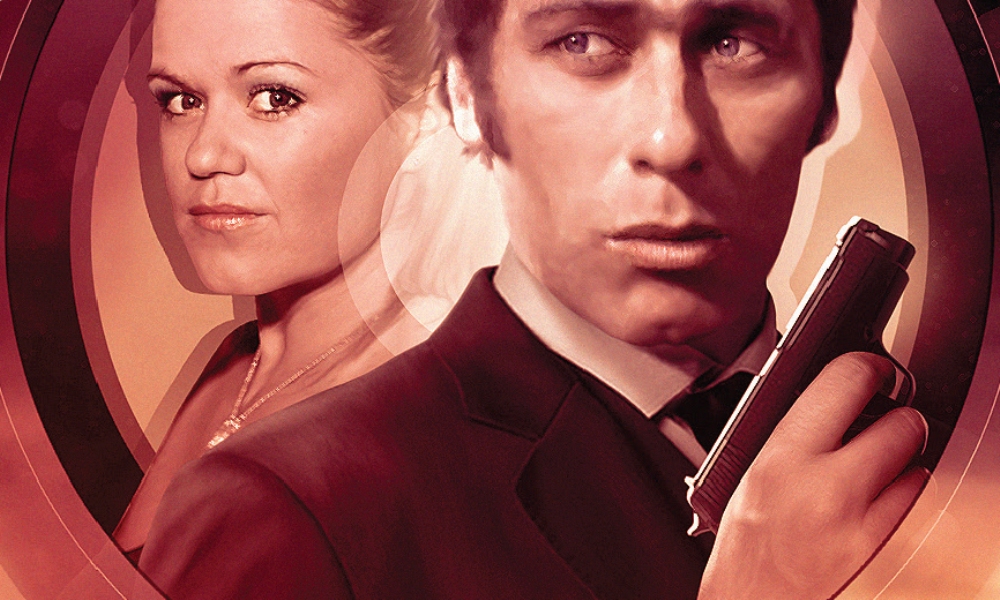 Council of War may mark the debut of John Levene as Sergeant Benton in Doctor Who: The Companion Chronicles, but more significantly to me, it’s the Doctor Who audio drama debut of Simon Barnard and Paul Morris, best known as the pair of geniuses behind The Scarifyers. While Council of War is not quite as goofy or absurd as those 1930s supernatural stories, it’s still a spectacularly fun story featuring everyone’s favourite UNIT sergeant.

Council of War opens with Sergeant Benton undercover, James Bond style. Only, as the extras point out, in true Doctor Who fashion, he’s infiltrating the Kettering Town Council’s Christmas dance in order to uncover what’s behind a series of hauntings. How very glamorous. He quickly encounters Margery Phipps, vegetarian crusader on the council, who both takes a liking to him and is suspicious of him. Of course, things soon go nuts, and Benton and Miss Phipps are very far away from home indeed…

The whole story here is a complete and utter blast. Barnard and Morris have fun with the pretensions of spy and adventure fiction, making things just a little bit goofy in their own inestimable style. The secret behind the hauntings, Miss Phipps’s reaction to it, what aliens want with Kettering… it’s a series of great turns, but it’s also plain fun and often funny. (I can’t help but feel the cliffhanger is slightly mistimed, though.)

John Levene hasn’t been in a Big Finish story before, but hopefully this isn’t his last. He reads with gusto and enthusiasm, and his Sergeant Benton is the same dependable fellow we watched with UNIT on screen all those years ago. Sinead Keenan (apparently from Being Human, but known to me as one of the green spikey aliens in The End of Time) is a complete delight as Margery Phipps, taking up narration duties for much of the play, and sparking perfectly off Levene. I hope we hear from her again, either playing Miss Phipps (the end sets us up for more interaction between her and Benton) or as other characters.

I daresay we don’t receive any deep insights into Benton’s character in Council of War, but we do get to see him at his best: ever-helpful, ever-loyal, ever-brave, ever-charming. Council of War is a slice of delight, and a reminder that it’s a real shame that The Companion Chronicles are coming to an end.