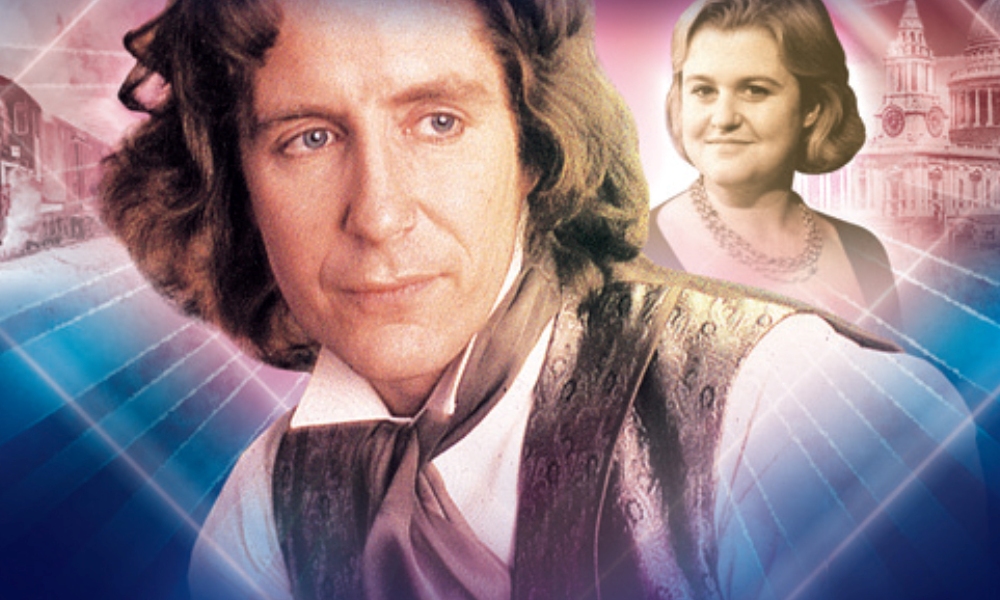 I became a Doctor Who fan in 2001. I was introduced to the show in 2000, with The Curse of Fenric, and that began a love affair with the show that was cemented into place with Remembrance of the Daleks, The Invasion of Time, and the TV movie (yes, really). But what sealed me into fandom was randomly typing www.doctorwho.co.uk into an internet browser and coming across the website of Big Finish Productions. Curious, I ordered Storm Warning as it starred the only Doctor who I’d seen a complete run of stories for!

I tell you this, dear reader, because it is necessary to know that Paul McGann is “my Doctor” in order to understanding my reaction to Enemy Aliens.

For not only is Paul McGann the Doctor to me, India Fisher’s Charley Pollard is the companion, plucky, brave, witty, but a little bit in over her head and a little bit scared. The Doctor and Charley proved an unstoppable team in their first two seasons, one that has perhaps been matched since, but never surpassed. And, of course, it was proper New Doctor Who, something that no Big Finish story made since March 2005 will ever be able to be, no matter how good it is. Anything could happen. Anything!

Amazingly, it’s been over 12 years since I heard Storm Warning, over 11 years since Charley Pollard and the Doctor declared their love for each other aboard a doomed Time Station about to cross Gallifrey’s transduction barriers while carrying a deadly payload of anti-time. It’s been long enough for nostalgia to creep in, for me to grow wistful about the “old days”. (Did you know that there are more stories with the Doctor, Charley, and C’rizz than just the Doctor and Charley? How is that even possible?)

So, of course I loved Enemy Aliens. How could I not? It’s the Eighth Doctor and Charley, written by the man who originated the characters in Storm Warning and perfected them in Neverland (and ruined them in Zagreus and The Next Life, but we won’t hold that against him today). Like all the other Destiny of the Doctor stories, it emulates the period it originates from almost perfectly — here we have a bright, splashy romp for our heroes (like in Storm Warning, Invaders from Mars, and Seasons of Fear) set during the early twentieth century (like in Storm Warning, Invaders from Mars, and The Chimes of Midnight). (Did you know that Charley never visited “contemporary” Earth until The Girl Who Never Was, her final Eighth Doctor story? How is that even possible?)

Okay, so yes there’s a plot, and yes much of it seems ripped off from The 39 Steps (I’m no expert, but my community theatre did the goofy stage version), and yes the plot is even enjoyable, and yes Michael Maloney is utterly fantastic as Hilary Hammond, and yes it’s great to hear Charley do some flirting/romance with someone not the Doctor which is not a thing I think they ever did with her except for Alex Grayle which was mostly “off-screen”, and yes India Fisher is an utterly perfect narrator as I knew she would be, and yes all the stuff about William Tell and Rossini is perfect good fun, and yes the joke about Wikipedia was a nice one, but none of that even matters. Because you know what, the Doctor and Charley are back, and Charley doesn’t like it when the Doctor kisses her because he doesn’t mean it. It’s my Doctor and my companion back together for the first time in ages, and isn’t it amazing?

All this story is missing to be more authentic to the period is for someone to insinuate that Something Dastardly Has Happened To The Web Of Time And The Consequences Will Be Disastrous (like in Storm Warning, Sword of Orion, Minuet in Hell, The Chimes of Midnight, Seasons of Fear, The Time of the Daleks, and, of course, Neverland). Oh, and the buttons on the TARDIS console at the beginning are all wrong. (I’m serious, Simon Hunt, you threw me right out of the story with that. Go ask Simon Robinson if you can borrow his button noises; he just used the right ones in Starlight Robbery). Also, India’s Paul McGann is a little too gruff, coming across as genuinely aggravated in moments you know McGann would deliver as light teasing.

Seriously, this is a good story by Alan Barnes, well-performed by India Fisher and Michael Maloney. It hits all my nostalgia buttons perfectly — if you’ve never heard a story with these characters before, I think it’ll work on its own merits too, but to be quite honest, I don’t even care what you think.

Enemy Aliens (by Alan Barnes; read by India Fisher) was released by AudioGO in August 2013.