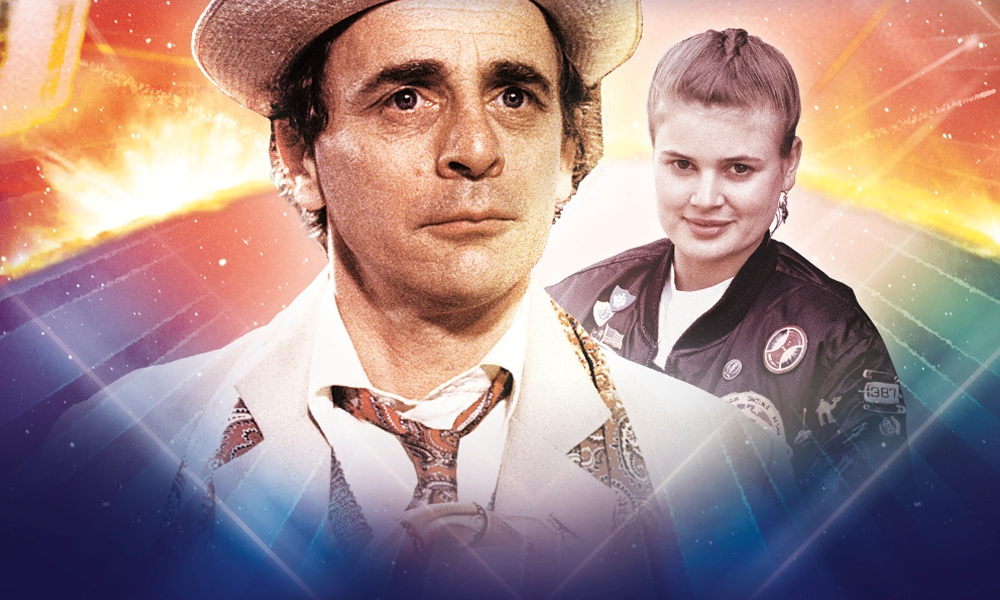 This spring, my wife and I watched every Ace story, from Dragonfire to Survival, so it’s the era of classic Doctor Who I have the most immediate recollection of. It’s also one of my favourite periods (seriously, the only bad story in that whole lot is Silver Nemesis), so the return to it in Shockwave, James Swallow’s contribution to Destiny of the Doctor, is particularly welcome. Like many Destiny stories, Shockwave wedges into its era very well; with a little expansion, this could easily be one of the three-parters that made up half of Ace’s stories.

Most of Shockwave takes place on a starship fleeing the explosion of a star, the starship carrying the last survivors of a nearby planet as it desperately tries to outpace the shockwave. The Doctor and Ace aren’t there to save the planet… as ever, the Doctor has his own agenda — there’s a mysterious artefact on board, and this is their chance to get it.

This evokes the Andrew Cartmel era far better than Andew Cartmel’s own Lost Stories did (no, that is not a dead horse I will stop beating, at least until Big Finish apologises for the fact that I heard Animal), down to the fact that some plot points feel a little odd because the story wants to be longer than it is; there’s a point where the crew of a spaceship is searching for a criminal, but Ace finds her in one scene, while there’s another where someone tells the Doctor he thinks he sabotaged the ship and then a minute later someone rings them up to say it definitely wasn’t the Doctor.

More positively, I was pleased to see one of the era’s most prominent tropes in action: the female friend for Ace. Most Ace stories pass the Bechdel test, and that’s partly because there was very obviously an effort to include more female supporting characters, most of whom ended up having some kind of friendship with Ace (e.g., Susan Q in The Happiness Patrol, Shou Yuing in Battlefield, Gwendoline in Ghost Light, Kathleen in The Curse of Fenric). Shockwave gives us the young cultist NineJay, and even manages to put some nice twists on this trope — NineJay and her relationship with Ace is one of the best parts of this story, and Sophie Aldred does a great job performing her.

Indeed, it’s a nice story all around. Aside from the above oddities, it’s well-suited to its length, and it has some decent twists and turns. There’s a real sense of desperation to the starship’s attempt to outpace the shockwave, enhanced by Swallow’s beautiful description of what ought to be a very dark moment. In terms of prose, this is the Destiny of the Doctor story that stands out the most to me thus far. Matthew Cochrane on sound design and Daniel Brett on music also do a fantastic job with the “space scenes”, which are haunting and beautiful. Brett’s music is good in general, reminding one of something that Mark Ayres might have pounded out, but also standing on its own perfectly.

Aldred does a good job with NineJay as I said, and of course she nails Ace; however, I found her Sylvester McCoy imitation less impressive, more distracting than anything else. That said, her narration is top-notch — utterly perfect in creating tone and mood. Big Finish stalwart Ian Brooker plays Captain OhOne, and he does an excellent job, too, ably depicting a loyal, dutiful conflicted man.

Many of the Destiny stories have been able evocations; Shockwave is both this and a lovely, haunting story in its own right, one of those tales where everything comes together. I forget what was the last Destiny story that I declared was my favourite most recently, but whichever one it was, this one supplants it.

Shockwave (by James Swallow; read by Sophie Aldred) was released by AudioGO in July 2013.