Doctor Who: Smoke and Mirrors review 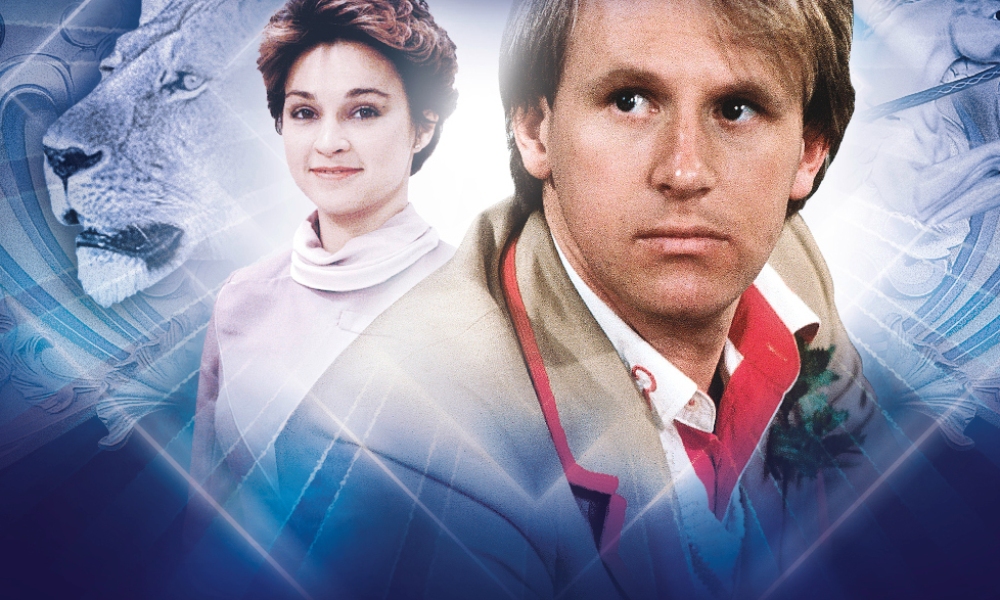 Like Babblesphere before it, Smoke and Mirrors is smart to show us a Doctor we often get to hear in audio (the Fifth) with a companion team we don’t (Adric, Nyssa, and Tegan). Season 19 of the original Doctor Who sports one of my favourite companion teams, and I was happy to hear them in action again for the first time in a long time, in a story read by Janet Fielding and written by Steve Lyons.

Pleasingly, the whole gang is here in their usual form: the Doctor is well-meaning but aggravated, Tegan is brave and talks about Auntie Vanessa, Nyssa is thoughtful and delivers her dialogue flatly, and Adric does maths. Although, pleasingly, their chemistry comes together positively in a way that it often did not on screen. Janet Fielding is a good reader, and though she doesn’t throw herself into the character voices as much as some others, she differentiates them all just fine. (Why does Barnaby Edwards read the credits, though?)

However, Smoke and Mirrors doesn’t slavishly recreate the feeling of a Season 19 story; it’s set at an early-century funfair, mostly at night, and goes for the atmospheric creeps, feeling more in line with the Hinchcliffe/Holmes era or the Nathan-Turner/Cartmel era than the Nathan-Turner/Root/Saward one. Which is a good thing — evoking the classics, but providing a new spin.

Lyons’s writing is nice and creepy in and of itself, but Steve Foxon adds to the atmosphere with his great music — small electronic noises that seem to exist at the edges of your hearing as the three companions wander around the fun fair at night. Meanwhile, the Doctor works with old friend Harry Houdini to solve the mystery of a malevolent medium. Tim Beckmann does a great job as Houdini, instantly selling the idea that this is someone the Doctor has a long friendship with, but also giving the character some interesting depths.

There’s another aspect of the story that I’m not going to spoil for you, but that I found quite in keeping with its era — well-done, and it added to the creepiness as ever.

It might not be as fun or of-its-time as Babblesphere, but I’m glad that these stories can switch up what their eras were like just as much as they recreate it. Another solid release in a very enjoyable series.

Smoke and Mirrors (by Steve Lyons; read by Janet Fielding) was released by AudioGO in May 2013.