Doctor Who: The Dalek Contract / The Final Phase review 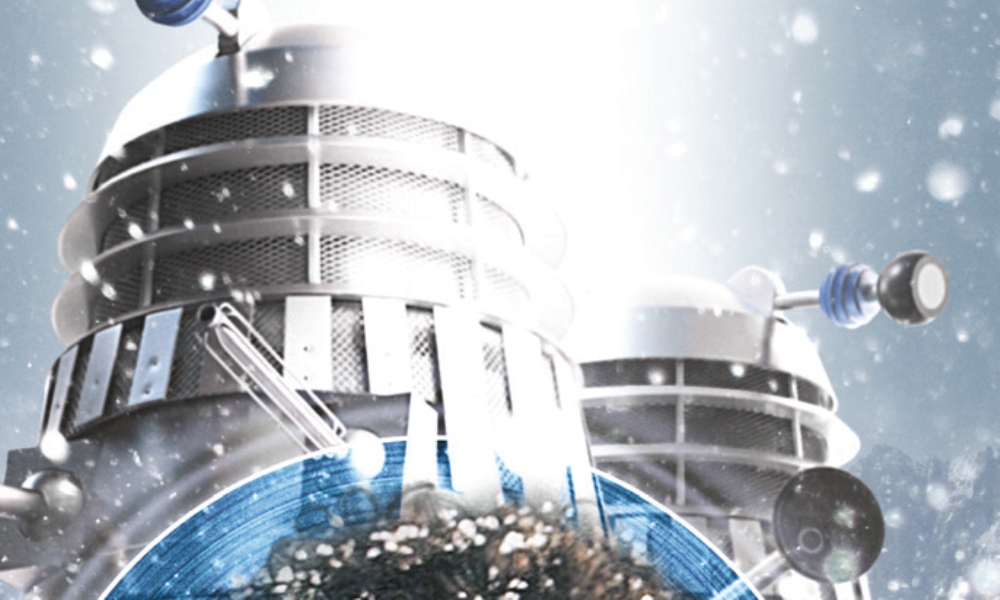 Normally I review Big Finish’s Doctor Who audio dramas in the units in which they are released, because those are the units in which you, dear reader, can purchase them. So, a box of Jago & Litefoot might include four stories, but I write only one review because you have to buy all four together. On the other hand, Trail of the White Worm and The Oseidon Adventure might make up one story, but I review them separately because you can buy separately.

With the last two releases in the second series of Fourth Doctor Adventures, however, I find my normally practice utterly impossible. The divides between Big Finish’s linked single-disc stories (in addition to the above, see Sisters of the Flame/The Vengeance of Morbius, The Eight Truths/Worldwide Web, Deimos/The Resurrection of Mars, Lucie Miller/To the Death, and this series’ own The Sands of Life/War Against the Laan) has always been flimsy at best, but most of these stories make a serious effort to divide their halves, much as the modern television series did with Bad Wolf/The Parting of the Ways or Army of Ghosts/Doomsday.

The effort made by The Dalek Contract and The Final Phase in this regard, however, is so minimal that a mere week after listening to these stories, I find myself completely unable to tell you what happened in what “story”. Reviewing them separately would be completely artificial and completely futile.

So now that I’ve spent 19.5% of my review justifying its format, how was the actual story? Nicholas Briggs’s finale brings back the thread of Cuthbert, initiated in The Sands of Life, adding in (of course) the Daleks. Let’s not mince words: I’ve disliked or hated many of Nick Briggs’s contributions to this range thus far. To my surprise and delight, The Dalek Contract and The Final Phase did not elicit such a reaction. While this story breaks no new ground in the Doctor Who world beyond the box-ticking of putting the First Romana up against the Daleks, it’s perfect at what it is: an evocation of a 1970s Dalek story. There’s scheming, a secret plan, a foolish human who thinks the Daleks are on his side, plucky rebels, the whole lot. You have heard it all before, but at least you are hearing it done perfectly.

Ultimately what lifts this story up a bit is Cuthbert. I liked Cuthbert in The Sands of Life and War Against the Laan, but he is even better here because the case that he only does what he thinks is necessary and right is more convincing this time out. (The torture of the Laan in War Against the Laan seemed to undermine his credibility.) He’s sending Daleks after the rebels of the Proxima system, yes, but they’re only allowed to arrest the rebels. He’s caused their homeworld to shift in its orbit, but it really was an honest mistake that he apologises for repeatedly. David Warner obviously relishes the character. There are a few too many scenes that basically Romana saying, “Tell me your plan!” and Cuthbert saying, “It’s a secret plan!” though. Give the man more to work with!

Strong too is his relationship with his assistant, Mr Dorrick, played by uberfan Toby Hadoke. Too many Doctor Who villains have either 1) incompetent underlings or 2) underlings who are competent but ignored. Thankfully, Cuthbert has neither; he is verbally cruel toward Mr Dorrick, but he clearly respects his talents and opinions — and Mr Dorrick, despite sounding exactly like a weasel, is worth respecting in that regard. Both actors are great in the roles — this story gives both of them a lot of interplay with Romana — and I hope we hear from their characters again, somehow.

There are some good concepts in here, that one wishes got a little more play. I like the idea that the Daleks are pretending to be mercenaries. A little derivative of Power of the Daleks or Victory of the Daleks, perhaps, but different enough; Daleks being in combat but having to restrain their lethality has such great potential that it’s a shame more isn’t made of it. I also like the idea of Conglomerate mostly being concerned with promulgation of its own brand, but aside from a brief mention of this by Cuthbert, nothing is really done with this, either.

There’s also a daft bit where Romana is strapped into a Dalek truth machine, which indicates whether she’s lying or telling the truth. But it’s clearly not based on scanning her brain or somesuch, as she makes a statement about what she thinks the Daleks are up to — and the machine verifies that as true! So apparently it’s not reading her mind to see if she’s lying, but somehow analysing the truth-content of her statements in an abstract, universal sense. I’d complain, but this is a perfect fit for the era that gave us Destiny of the Daleks and rock-paper-scissors logical meltdown. On the other hand, how many Nicholas Briggs stories are about “particles” that just kind of do whatever the plot requires of them? Especially when a quick plot resolution is called for? “Oh, I’ve attuned the particles to Dalek DNA.” What does that even mean? Oh, I fervently hope I never hear that word in a Big Finish story ever again.

Like a lot of these Tom Baker stories, though, there’s a real lack of interesting guest characters. Everyone who’s not Tom Baker, Mary Tamm, John Leeson, David Warner, Toby Hadoke, or Nicholas Briggs might as well not be in this, as their characters are just pieces of cardboard for the other actors to say witty lines to. Though now that I look at it, that’s an exemplary list of performers already, so who needs those other guys?

Finally, though K9 has appeared in two previous releases this series, this is his first real star turn. K9 is pitted against the Daleks, and how amazing it is! John Leeson plays him to perfection, of course, but Briggs writes him perfectly, too — one can easily imagine the exchange about K9’s stealth mode appearing on screen (though perhaps in The Sarah Jane Adventures rather than classic Doctor Who itself). Alistair Lock also composes a jaunty tune for K9 in perfect Dudley Simpson style, which lets you immediately visualise exactly what the tin dog is up to.

Indeed, Lock’s contributions to this story as a whole are magnificent — I don’t know why he’s been absent from Big Finish’s Doctor Who sound design and music for so long, but his return is much appreciated. (He’s done a couple Companion Chronicles, but I believe his last “full-cast” story was in 2003.)

The Dalek Contract and The Final Phase will not rock your world, but they proved to create a fun story that often had me grinning and rarely had me groaning. Tom Baker is still the Doctor, and Mary Tamm is still Romana, and they both will be forever. It has its ups and downs, but the second series of Fourth Doctor Adventures is a set to be treasured. The end of this story promises that the characters will have many more adventures together, and though that cannot happen on compact disc, it will definitely happen in our hearts.

The Dalek Contract and The Final Phase (by Nicholas Briggs; starring Tom Baker, Mary Tamm) were released by Big Finish Productions in June and July 2013 respectively.