Doctor Who: Phantoms of the Deep review 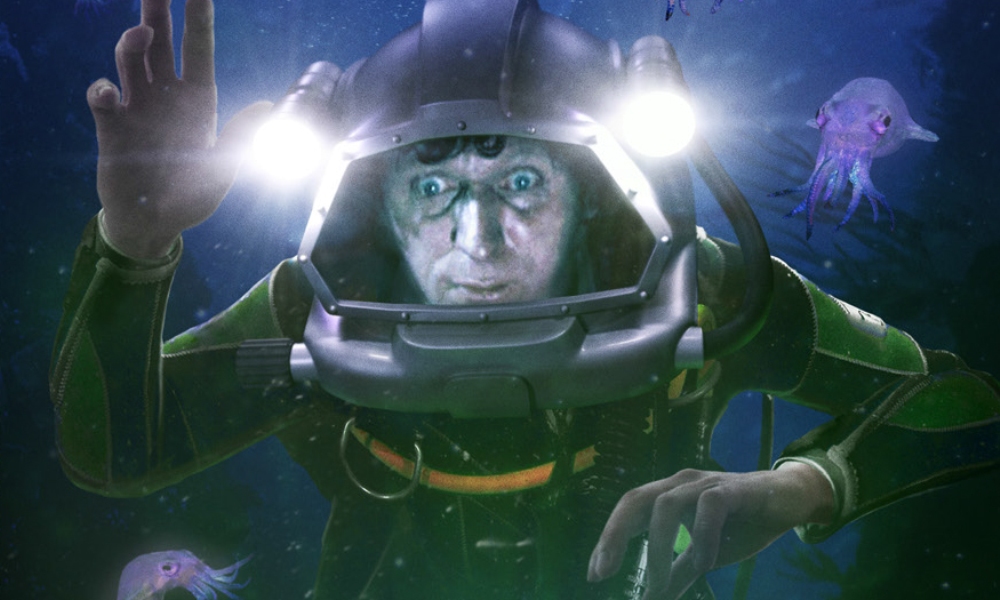 Jonathan Morris is back in Phantoms of the Deep, making him, I am fairly certain, the first person who is not Nicholas Briggs to pen two original tales for Tom Baker. But while we might associate Morris — especially in his Fourth Doctor mode — with light, frothy tales such as The Auntie Matter, Phantoms of the Deep is something different, in some ways a “base under siege” tale… except that the base can move.

In Phantoms of the Deep, the Doctor and Romana are hanging out beneath the ocean while the Doctor works on repairing K9 after the events of The Sands of Life when an exploratory submarine picks up the TARDIS and brings it on board. Soon, the Doctor, Romana, and K9 find themselves all descending with the sub’s crew into the Mariana Trench. But the pressure starts dropping, ghosts start appearing, and the squid start talking…

Phantoms of the Deep is a solid tale, but one of those two-part stories that reveals the limitations of the format. An underwater submarine is an inherently tense setting, but with only 50 minutes to tell a tale, Morris is forced to move through the plot quickly, meaning there’s not a lot of tension. One imagines the submarine slowly descending, characters cooped into place, pressure rising both metaphorically and literally. But that doesn’t quite happen, as the story must plunge ahead. There’s also a lot of characters going in and out of the submarine, which reduces that isolated feel. Not that any of these are bad choices per se, but I felt they didn’t fully deliver on the premise of the setting.

Morris is, however, one of Big Finish’s more imaginative writers, and Phantoms of the Deep crackles with a number of great concepts to keep the listener’s attention, and it never settles down too easily; I was genuinely surprised at a couple points. Especially at the mid-point cliffhangers — what a chilling line, perfectly delivered by John Leeson!

Jamie Robertson on sound design captures that underwater feeling well — lots of gushing water here when needed, suitably spooky when that’s needed, too. The characters were a little generic, though, perhaps another casualty of the two-part format. I was quite surprised to realise the Alice Krige (Star Trek’s Borg Queen, of course) was in it, as she’s kinda wasted on a not terribly interesting role. Stronger characters could have added some helpful tension, I think.

I’ve been complaining perhaps more than I should have. Phantoms of the Deep is a solid outing for the Fourth Doctor, but it doesn’t do much more than that. It misses the heights (or perhaps the depths) Jonathan Morris previously hit with the character in The Auntie Matter.

Phantoms of the Deep (by Jonathan Morris; starring Tom Baker, Mary Tamm) was released by Big Finish Productions in May 2013.