Doctor Who: Shadow of Death review 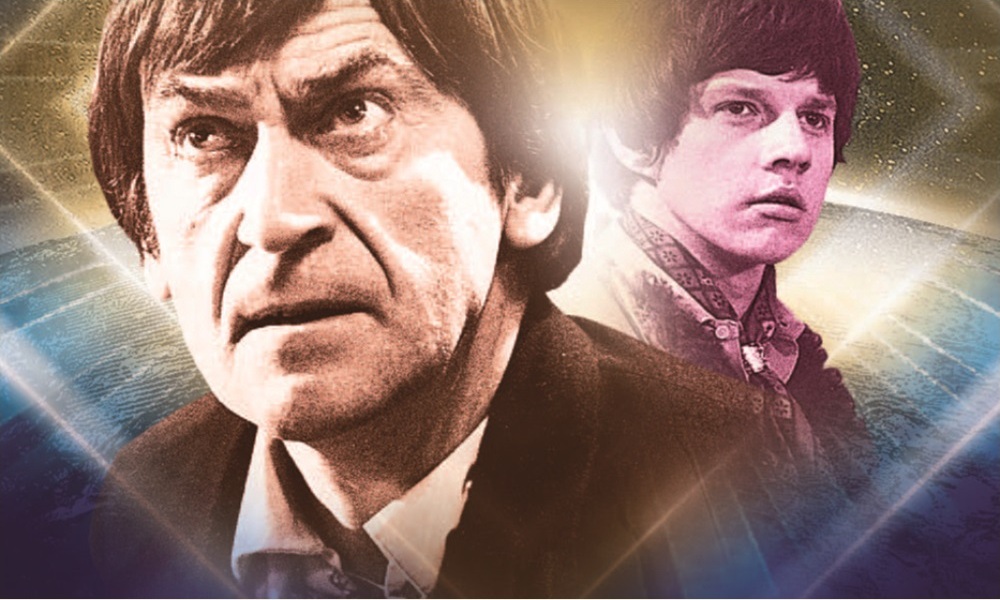 Hunters of Earth kicked off AudioGO’s fiftieth anniversary Doctor Who series Destiny of the Doctor by doing something we’ve rarely seen — a story from before An Unearthly Child. The second release in this series, Shadow of Death, takes the opposite tack, giving us a very period-bound story. Simon Guerrier’s tale begins the evocation with its opening scene, showing the Doctor, Jamie, and Zoe in comedic misunderstandings with a date display.

Once they’ve landed, it’s on to spooky corridors and sinister monsters, as the Doctor visits a space base with an international crew. Simon Guerrier shows off that astronomy course that got him through The Cold Equations again, setting the story on a planet orbiting a pulsar. It’s all well-used to serve the story, though, with some great evocative imagery on the surface of the planet. There are also some fun references to future Doctor Who, when the Doctor receives a mysterious message. It’s nice that the series’s arc elements are being consequential without being overdetermining. (There’s also a pleasing reference to Steven Taylor!)

Shadow of Death is a creepy tale with some interesting ideas underlying it, recalling its time period very well. Simon Hunt’s sound design is great at adding to the atmosphere of the dark, abandoned base — I was listening to this in the car, and I thought the weird noises were coming from outside of it at first! The base throbs with an understated that lets you know something is happening… but not what.

Frazer Hines reads the story, and of course he’s great. He captures his younger self and Patrick Troughton especially well, as is oft-commented, but he also recreates Wendy Padbury’s Zoe with ease, and his narration is easy to follow and full of energy. Evie Dawnay is the guest voice in this outing, cut very clearly from the mould of Troughton-era authority figures like Miss Kelly in The Seeds of Death.

It’s a simple tale, but one well told; if the actual late 1960s era of the show had ever done a two-parter, one imagines it would not have been much different to this. If the mission of Destiny of the Doctor is to celebrate all the various forms of the television programme, that remit has definitely been achieved here — especially considering its second-person narration, it feels like more of a “Lost Story” than the actual Troughton Lost Stories!

Shadow of Death (by Simon Guerrier; read by Frazer Hines) was released by AudioGO in February 2013.