Doctor Who: The Auntie Matter review 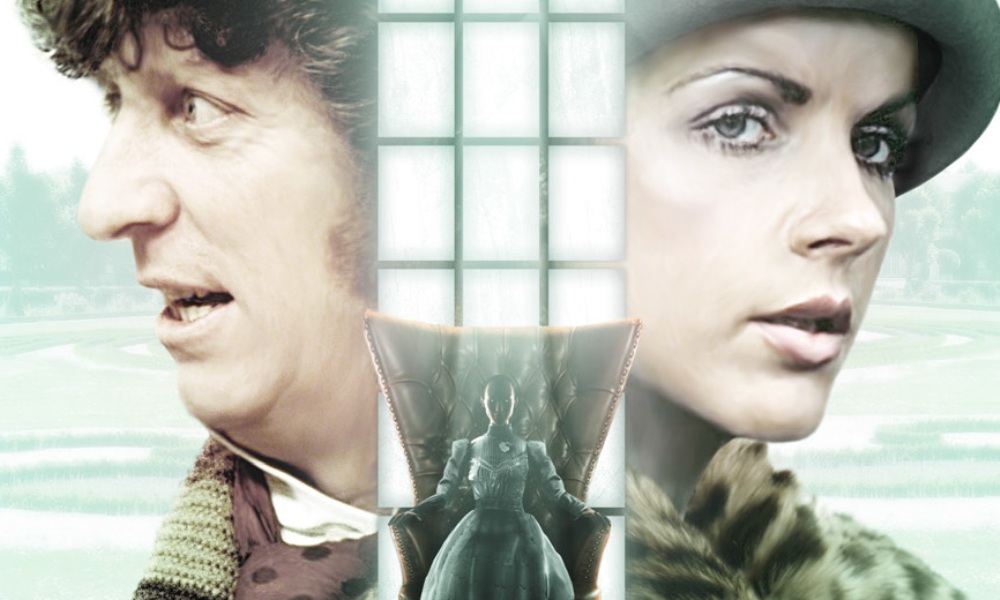 We might best categorise my reaction to the first series of Big Finish’s Fourth Doctor Adventures as “mixed” at best. I struggled through many of these stories: Destination: Nerva (“at the halfway point of this two-part adventure… the Doctor and Leela had had a couple awkward conversations with authority figures and a bunch of people had acted stupid”), The Renaissance Man (“a clever, fun adventure that keeps the ideas coming just when you think you’ve got it all figured out”), The Wrath of the Iceni (“It takes the relationship between the Doctor and Leela somewhere interesting”), Energy of the Daleks (“the idea of Leela wearing early twenty-first century clothes [is] about the only likeable thing in this story”), Trail of the White Worm (“good, but too short for its own good”), and The Oseidon Adventure (“it could have been a stronger bit of lightweight fluff”). But despite all that, I remained optimistic about the second series, because I believe in Big Finish, and I believe in Tom Baker and Mary Tamm.

If I believe in Big Finish for a reason, it’s because they usually show a propensity for taking Doctor Who and its characters into places they haven’t gone… but quite plausibly could go. The television series would never do The Wrong Doctors, A Death in the Family, The Cold Equations, or Davros, yet when Big Finish did them, they all made perfect sense. We even saw this in some of the stronger releases of the previous Fourth Doctor series: Wrath of the Iceni would never have been done on television in the 1970s, but it used the characters of the Doctor and Leela perfectly. Thankfully, The Auntie Matter provides a strong start for the second series of Fourth by doing this same kind of thing over again. I don’t think Season 16/17 on television would have ever given us quite so blatant a P. G. Wodehouse pastiche as this story… yet the Doctor and Romana slot into it perfectly.

I’ve seen every episode of the Fry and Laurie Jeeves and Wooster, and read a fair few of the original Wodehouse novels and short stories, and what’s striking about The Auntie Matter is that Jonathan Morris puts a perfect Doctor Who spin on the concepts, explaining in a sci-fi manner things such as Bertie’s succession of domineering aunts, the need to marry poor Bertie off, and how/why his valet is ever-so-helpful. As Morris calls attention to in the extras, the story is even plotted like a Wodehouse tale… even though it involves aliens, spaceships, and brain drains! It’s very cleverly done, and I enjoyed every minute of it. Morris’s dialogue sounds like it came right out of Wodehouse, too — lots of lovely Wooster-esque turns of phrase. I loved the scenes where Reggie tries to bluff Romana into believing he knows about quantum physics and relativity.

Mary Tamm steps back into the role of Romana like she never left it; after finishing this story, I popped The Ribos Operation in my DVD player, and she’s just as good here as she was there. The Wodehouseian 1920s in particular are suited to her arch line delivery — her interplay with Reggie, the story’s hapless young man played by Robert Portal, is perfect thanks to both of them. Julia McKenzie, who plays Reggie’s domineering aunt, is also excellent. But then, of course, she always is. Lucy Griffith is also quite charming and likeable as the Doctor’s maid (!) Mabel. On the whole, a farce-style story like this one can rise or sink on the strength of the performances, but thankfully these performances are quite strong.

The Auntie Matter feels far more like the usual Big Finish fare than Desintation: Nerva — telling a cracking good story that wouldn’t be done on television, and doing it with style. Festival of Death long ago showed us that Jonathan Morris knew and understood the Fourth Doctor, and when you put Tom Baker to his words, it just proves it. It’s perfectly suited to its length — not too lightweight like some 50-minute Big Finish stories, but any longer and it’d be a joke stretched too thin, I expect. More like this, please — only different.

(Often I insult or fail to mention the CD Extras on these things, but this time out there’s a lovely tribute to the late Mary Tamm, which mixes her own words with those of Tom Baker and David Richardson. What a terrible loss is an understatement. Kudos to whoever put this together.)