Doctor Who: Prisoners of Fate review 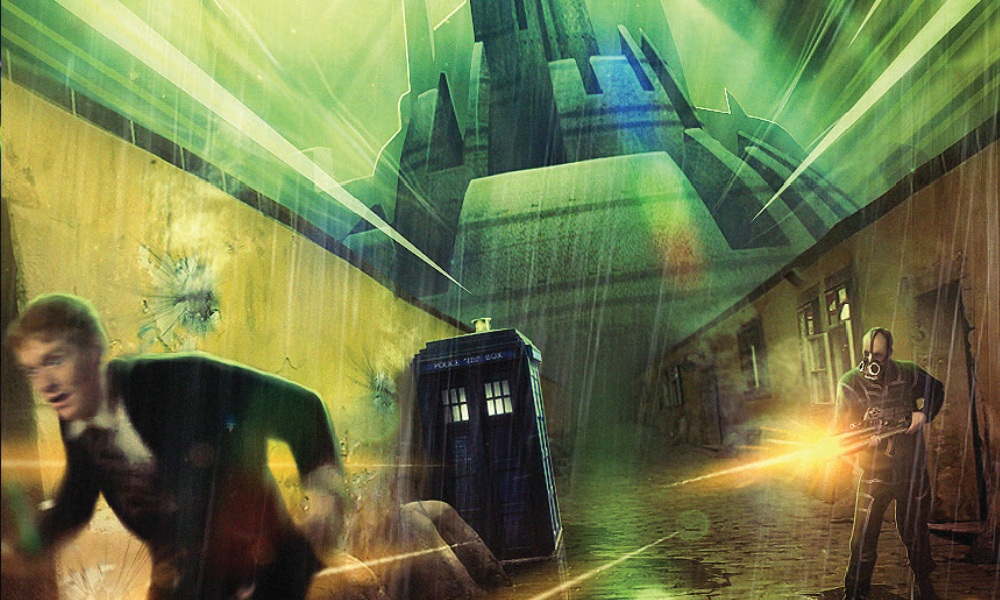 Prisoners of Fate draws to a close not just the most recent trilogy of Fifth Doctor/Tegan/Turlough/Nyssa audio dramas from Big Finish, but many of the strands that have been running through these audios since they began with 2010’s Cobwebs: the cure for Richter’s Syndrome, Nyssa’s children, Nyssa avoiding telling the Doctor about her meeting with him in Circular Time… it’s all here. Jonathan Morris didn’t have an easy task, one suspects, and neither does the listener, but he doesn’t let that slow him down, slipping in even more elements to create a very complicated story.

Prisoners of Fate opens with a slightly odd moment, in that we are told the TARDIS was forced down in an off-handed comment by Turlough, rather than shown it, but it soon gets down to business. The TARDIS has landed on a colony planet 25 years after it picked up Nyssa in Cobwebs… and there’s Nyssa’s son Adric, all grown up without the mother who left him all those years ago. But that’s not all: the colony possesses a device that lets it see into the future and prevent crimes before they happen, all Minority Report-style, and with the same ethical complications. Things are complicated by the facts that 1) because Nyssa looks younger (thanks to the events of The Emerald Tiger), Adric thinks she’s from before he was born and 2) Nyssa can’t let the Doctor know she has children. Oh geez.

So: there’s a lot of complicated temporal shenanigans, but we also get a very interesting antagonist, which I was not expecting, but seems warranted given the anniversary year. I don’t want to spoil this too much, but I like the idea but wasn’t always sure of the execution. The antagonist has a personal connection to the Doctor (which is what made it appropriate for the anniversary year — you’ll see what I mean), but this personal connection seemed to move the villain into the realm of petulance, and petulant villains often get on my nerves. (It actually gets a bit Zagreus at a couple points, and not in a good way. Though, is there a good way to be a bit Zagreus?) Still, a villain of this type is something we’ve never seen in Doctor Who as far as I know, and Morris exploits its capabilities well for the story.

Sometimes I get annoyed at Doctor Who stories that seem to place the “course of history” or whatever above individual lives, much like I do Star Trek stories that seem to think the Prime Directive actually has some intrinsic moral worth, but Prisoners of Fate actually does a good job in stopping you from feeling like changing the course of history is a better prospect than the alternative — mostly through dramatising directly what happens when you interfere with history. It manages to turn the big paradoxes it’s dealing with into personal choices for the Doctor and Nyssa, especially Nyssa in a way that makes you feel the choices. There are a number of killer moments here.

Sarah Sutton, as always, impresses with Nyssa. Though I liked her on television, Big Finish has done well by her, showing her as the brilliant scientist who is perhaps a tad emotionally repressed. Sutton manages to do a lot in a story like Prisoners of Fate — Nyssa isn’t given to big, showy displays of emotion, but we know what she’s feeling regardless, and we know how painful it is for here; without that, this story would just become a lot of paradox gubbins (not that it always avoids that). Also there’s an utterly hilarious bit where she attempts to impersonate a prison guard, and does exactly as good as you imagine Nyssa would.

Kudos must also be given to Alistair Mackenzie as her son, Adric. As the extras point out, he plausibly sounds like the son of Nyssa, and he gives their interactions the necessary amount of emotional heft. (Tegan and Turlough, in true Terminus or The Five Doctors style, don’t have a lot to do here, but that’s justified by both the story and the shape of this trilogy as a whole, and what moments they do get are just perfect, Turlough especially).

I was delighted as soon as I heard the Paddy Kingsland-esque swirls of Steve McNichol and Kelly Ellis — to my ears, they’re among the best musician(s) working for Big Finish’s Doctor Who range at the moment. Of course, I love the Season 18-19 stylings they bring to their work for this TARDIS team, as it’s just utterly appropriate, but I also think they just do a good job musically, underscoring the emotion and the tension without ever becoming dull or repetitive. Their stuff makes up common listening in the “Soundtrack – Electronic” genre on my iPod, and the music track for Prisoners of Fate will be no exception. Also, as far as anniversary shenanigans and sound design go, there was a very nice montage in Part Four. After almost 15 years of Big Finish, I’m still a sucker for that kind of stuff.

Prisoners of Fate isn’t a perfect story, as I think it sometimes threatens to succumb to the extent of its own (occasionally unneeded) complications and lose the listener, but as far as an arc wrapup goes, Big Finish has done a lot worse. The stakes are high, the concepts are interesting, and the consequences are big. I only hope that Big Finish gives us some emotional fallout for the TARDIS crew, especially Nyssa, in the next adventure. Sometimes they have a tendency to gloss over what the big events would do to the companions (such as when A Death in the Family was followed by Lurkers at Sunlight’s Edge), but there is fertile ground to cover here.