Doctor Who: The Lady of Mercia review 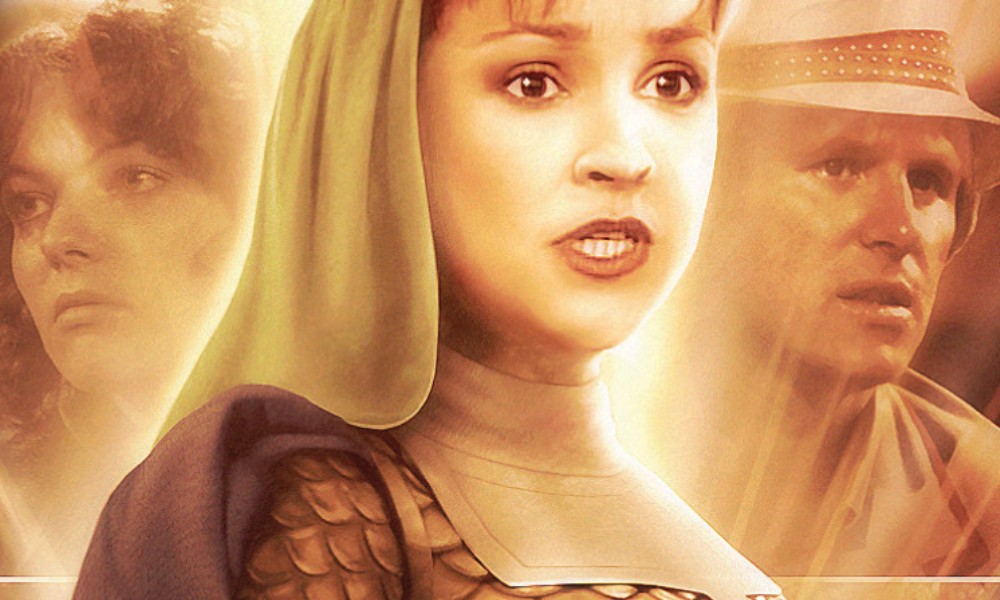 The latest Fifth Doctor/Tegan/Turlough/older-but-looking-younger Nyssa trilogy continues with The Lady of Mercia, a pseudo-historical by perennial Unreality SF favourite Paul Magrs. I was perhaps predisposed to like this story, as it takes place at an academic conference, a type of event I’ve participated in many times and even organised once or twice. The conference is about a historical queen, Æthelfrid of Mercia, but this being Doctor Who, the history doesn’t stay in the past…

The Lady of Mercia probably won’t win any awards, but maybe it should: The Fun And Solid Doctor Who Award would be a good candidate. After a run of mildly-to-very disappointing stories, this turns out to the best one since The Wrong Doctors, and in common with that story, it shares a sense of whimsy. The stakes aren’t exactly high, and no new ground is blazed, but everyone is clearly having fun. I bemoaned that in Eldrad Must Die! the characters felt slight, but there are no such problems here. The most bickering TARDIS crew of them all is on fine form: Turlough is shifty and cowardly, Nyssa is helpful to the point of obnoxiousness, Tegan is loud but in over her head, and the poor Doctor is beleaguered. No amazing insights into their personalities, perhaps, but I will never get tired of Mark Strickson sarcastically saying “Barry”. What a joy!

The plot is a simple one: Tegan gets sucked backwards in time, Æthelfrid’s daughter Ælfwynn gets sucked forward, the Doctor has to run around a lot and try to get everything under control. And there are some of the usual Doctor Who historical twists, including someone pretending to be someone else. But it’s all in good fun, and Magrs lays on the occasional bit of depth to get something more out of a character or scene, such as the relationship between Professor Bleak in history and Professor Stone in physics. He’s also the master of escalation: things get worse and worse and worse!

There’s an all-around strong guest cast, the particular highlights being Rachel Atkins, who manages to turn what could be a very flat part (Queen Æthelfrid) into something pretty compelling, especially in her relationship with Tegan, and Anthony Howell as Professor Bleak. Since his Big Finish debut in The Lost Stories: The Fourth Doctor Box Set, Howell has popped up a fair amount, and as a fan, I can’t be more pleased — keep giving this guy work. He makes all of his characters feel likeable and full from the flimsiest of parts; good value for money, I’d say.

And the usual thumbs up to Steve Foxon, one of the better Big Finish composers, and he does some good stuff with sound design, even if Paul Magrs wrote one too many swordfighting scenes, which are always guaranteed to be dull on audio in my experience.

There are a couple missed opportunities or awkward moments: given there’s a history professor present, the actual historical detail feels a little vague, and at one point a bunch of characters show up at a location only to be dismissed from the location a scene later, which seems a bit pointless, and I’m not super-convinced at the story’s depiction of how the skills of a historian can be useful (I think Google could do what Professor Bleak does at the end). And the protestors are initially fun, but ultimately seem pointless to the plot. Though after five years of working in a university, I find it hard to believe that any students would start protesting over funding cuts to the humanities!

When I listed to audios featuring this TARDIS crew, I look for some solid bickering and banter, with their personalities rising to the fore, and The Lady of Mercia definitely delivers. Unassuming, but sometimes Tegan running around medieval Britain pretending to be a princess is all I want out of my Doctor Who.