Doctor Who: The Seeds of War review 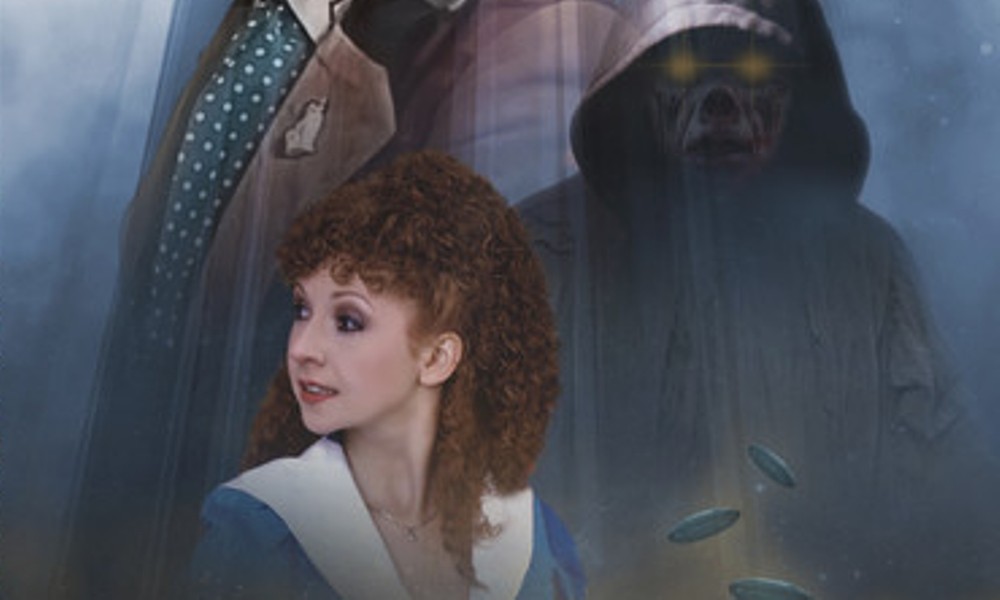 June 2014 will give us a Fourth Doctor audio adventure called Destroy the Infinite, where the Doctor faces the Eminence for the first time. The story receives a sequel over a year prior, though, with March 2013’s The Seeds of War. The Sixth Doctor and Mel, trying to go on a nice tour of a new space elevator, instead materialise in a grim future where Earth has only just barely won a war with the Eminence and its Infinite Warriors. Written by Matt Fitton from a plot by Nicholas Briggs, one feels like this is supposed to be the emergence of a bold new enemy, but nothing about it has me excited for future/past releases.

The Seeds of War has a nice idea at its heart — the Doctor and Mel show up when the war is over. This is a kind of problem Doctor Who doesn’t often tackle, and they travel through a number of different settings during The Seeds of War’s four episodes, showing us the degeneration and desperation of society from multiple angles. But the grimness is more an idea that you know the story wants to communicate than something it actually does. Instead, it comes off as meandering and aimless. I am sure there are multiple reasons for this, but I put it down to two.

The first is the uninspiring guest characters: a desperate old scientist man, his loyal daughter, his son who joined the military. And now you too know as much as I learned about these characters in two hours. They just feel like types, as does the world they reside in, with no details to flesh it out into something compelling. The other problem is the feel — Andy Hardwick does the sound design and music, the story sounds like every other story that Andy Hardwick works on, with orchestral warbling peppered by the occasional sparkle noise that means emotions are happening. One wonders what this story would have been like if Nicholas Briggs still had time to do sound design himself, or barring that, Jim Mortimore or David Darlington. Imagine this story with the soundscape and tone of Sword of Orion or The Natural History of Fear — that would have been effective.

Without that tone, The Seeds of War just comes across as a rambling meander, it’s not about anything. The Doctor and Mel travel from place to place until they don’t anymore. It’s good in concept, but the execution is completely lacking. The plot doesn’t intervene until partway into Part Three, and it’s so poorly done as to be laughable. It takes a suggestion from the Doctor to make a character realise that simultaneous crop shortages on every planet must be due to enemy action. Then, that character wishes there was a seed repository, Mel recites a line from “Big Yellow Taxi”, and then he suddenly remembers that there is a seed repository. What? A lot of key events seem to happen “off screen” too, as it were.

As for the Eminence… the story attempts to build up suspense (I think) by keeping it off-stage, only it just makes you wish something was happening. Nothing about them makes them interesting enough to bring back; when it comes to unstoppable alien monstrosities, I think Doctor Who has got quite enough already. These ones snarl a lot; say what you like about the Daleks, but they’re always interesting to listen to if you ask me.

The Seeds of War has at its roots (heh heh) a decent idea — I like the idea of hearing the Doctor and Mel trying to maintain their optimism in a grim postwar world. Unfortunately, that idea is completely squandered by a surprising dull execution.