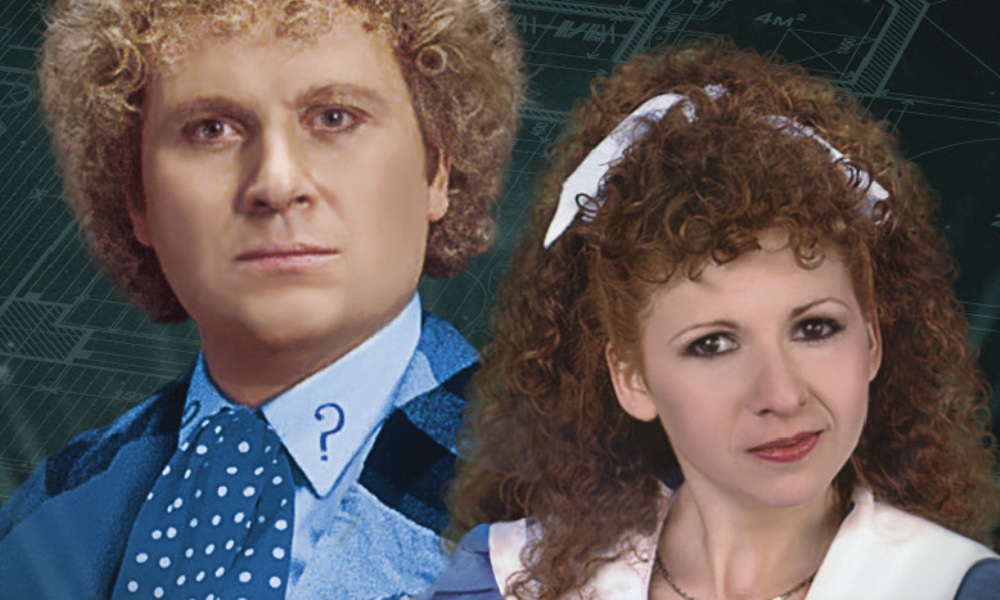 On the extras for Spaceport Fear, Colin Baker articulates that this story falls into a very distinctive Doctor Who genre, that of an group of people in an isolated place in a hostile environment — the one we fans might call “base-under-siege”. But, being set in a spaceport, it’s a very large isolated place, one big enough to support its own society, recalling television stories such as The Face of Evil or Paradise Towers. William Gallagher provides an interesting society in Spaceport Fear, a group of survivors in the Tantane Spaceport who have degenerated into two factions: the Business Class and the Economy Class.

The best, or at least funnest, part of Spaceport Fear is the way that Gallagher builds a culture out of joking references to airport culture. The people of Economy are born in “Arrivals”, and one of their ritual phrases is to ask each other if they have something “to declare”. They can get upgraded. It’s maybe not the most complex of space societies, but it’s a fun conceit, and it’s played for laughs consistently without becoming tired throughout the play. He’s also good at using the environment of the spaceport in the story: the contents of the duty-free shops become a key point, as does the very way one gets around an environment like a spaceport. I also really like the way that the Doctor and Mel devise to communicate with one another.

The plot, then, just seems like window-dressing at times, an excuse to work through this world, particularly in Part Two, where we spend a lot of time wandering through the dark trying to find batteries for a smartphone (no, really). There’s some stuff about two factions, and a monster, and an ancient war, and a great deception, but sometimes I find it hard to be interested in it all. It got a little confusing toward the end; I get that the villain was lying, but what the truth was and what the villain was attempting to accomplish was not always clear. I especially didn’t get why this was supposed to be the best way to do it! (It’s a very roundabout and long-term plan.) It’s not so bad, because I enjoyed the journey regardless, but I felt that this is one of those stories that could have been a comfortable three-parter.

Perhaps the weakest element of the story is the characterisation. Isabel Fay’s Naysmith never really convinces despite being a big focus. Beth Chalmers plays a catchphrase-spouting businesswoman for the second story in a row, too. The characters here feel more like types than people — naïve natives and oppressors and such. It’s not as bad as in, say, The Acheron Pulse, but it was hard to be interested in these folks. Ronald Pickup is fantastic as Elder Bones, though, and there are a lot of great lines for the Doctor and Mel. Though The Wrong Doctors was a good story for them, this is a more typical story for them, and it bears remembering what a team they can be when working together. I suspect Colin Baker stole all the best lines, because his part had a lot of good ones. “Madame, I am always First Class!”

All of this makes it sound like I didn’t like Spaceport Fear, but I did. There’s a delightful idea at its core, and it was an enjoyable way to spend two hours, but I feel like that core could have been fleshed out more, and we could have got something better than “an enjoyable way to spend two hours”. It was fun, but Doctor Who can and should do better than “fun”.