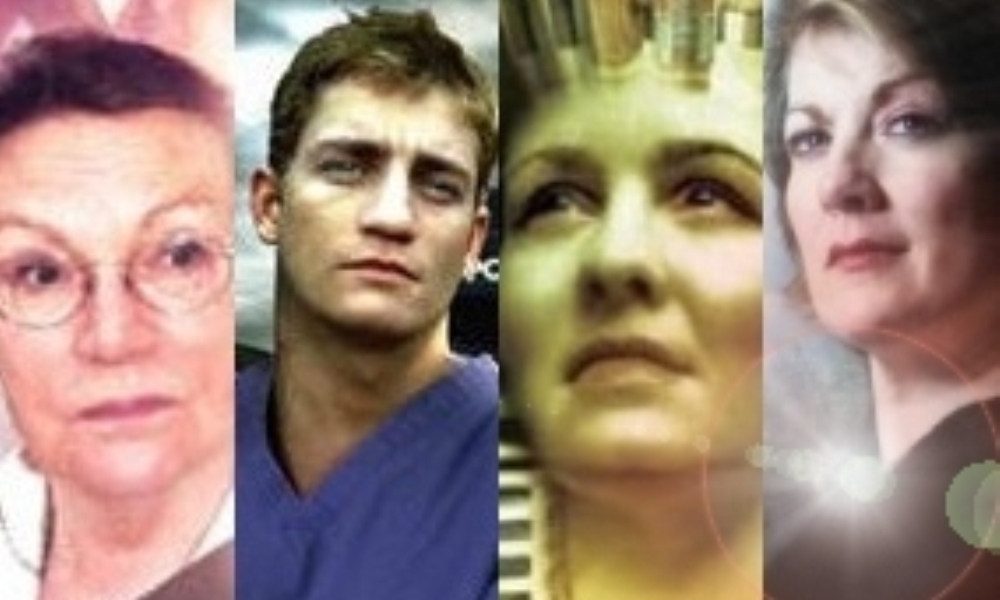 During the Empty Years of the 1990s, when Doctor Who was not on our screens, there were a number of carriers of the flame. Virgin Publishing’s New and Missing Adventures book ranges, the fan-produced Audio Visuals and BBV videos, even Doctor Who Magazine’s comic strips, all drip-fed the small but passionate fanbase with continuing stories of the classic Doctors – or as they were known at the time, “Doctors”. But none, possibly, were quite so successful as that licensed purveyor of audio Who, Big Finish.

And there was a reason for that success. Obviously, part of this was the fact that they got the basics right: the right casting, strong scripts, and sound design to rival the BBC’s radio drama department. But where BF excelled, where the intelligence and knowledge of the actors and writers running the show united with their inner fans’ passion and desire to enhance, to produce something new and exciting and bigger than the sum of the inherited parts, was with the companions.

Initially, the companions were taken straight from the TV series. Just as casting Davison, Baker C, and McCoy as the Fifth, Sixth, and Seventh Doctor respectively was something of a no-brainer, so failing to cast original companions would have proved a bit of a downer on the whole enterprise. Leaving out Nicola Bryant’s Peri, Bonnie Langford’s Mel and, of course, Sophie Aldred as Ace was as unthinkable as changing the sound of the TARDIS to that of an SMS message arriving.

Of course, this worked well. Because of the strength of writing, these characters stepped quickly and believably from the TV screen to audio. The transition was pretty much seamless, and added in spades to the authenticity of BF’s plays.

And there was a quid pro quo too – the companions, whose characters were arguably shallowly defined at best on TV, were allowed the time to blossom and develop far greater depth. This was, perhaps, most noticeable with Sarah Sutton’s Nyssa (whose relationship with the Doctor became infinitely more complicated than ever on the telly), and above all, with Mel Bush. Mel, possibly the least loved TV companion, has through the BF stories – and especially in the series currently going out at time of writing, in early 2013 – had all the inconsistencies, superficiality and downright naffness of the TV series carefully explained, made real, and woven into canon. In a very real way, Langford has been enabled to leave the cardboard character of the TV show behind, to be replaced by a far more real, living, three-dimensional… computer programmer from Pease Pottage.

However, for my money where Big Finish wins hands-down is with its own, home-cooked companions. It became clear fairly early on that TV companions alone would not be enough, and just as with DWM and the Virgin books before them, BF started creating its own companions for the good Doctor. Having already brought Professor Bernice Summerfield over from the book line, and started experimenting with original companions in 2000 with Dr Evelyn Smythe – of whom more below – things really came to a head when Paul McGann’s Eighth Doctor joined the pantheon. With only a single TV outing to his Doctor’s name, the rights to Paul McGann’s companions from Fox’s TV movie, specifically Grace Holloway, were unavailable. Having the Doc fly around all of time and space without anyone to explain everything to was unthinkable.

Enter Eightie’s audio-only companions! Charley Pollard, the teenage adventuress escaping the mundanity of 1930s upper-class society by running away on the doomed R101 airship, only to be rescued by Eight – and ultimately the longest serving Who companion of all time, covering eight years and two Doctors (in the wrong order). Lucie Miller, the self-described “lippy northern chick” who on more than one occasion told the Doctor where to go, but who in the end paid the ultimate price to defend him. And Molly O’Sullivan, the Irish nursing assistant with total disdain for the Doctor and an annoying habit of referring to the “Tardy box”. And, of course, C’rizz, the multi-coloured, other-universe reptilian alien who sounded and acted as if he came from Reigate. Okay, maybe they weren’t all completely successful.

BF have introduced many other original companions too: Erimem, the Ancient Egyptian princess travelling with Peri and the Fifth Doctor; Hex, the original male-nurse companion and eventual nascent god; Klein, the Nazi scientist who thought she was above God; and Amy/Abby and Zara, the Grace-made sister who effectively were gods from the start.

They’re all brilliant, compelling characters. They all have back-stories that work and intrigue. They all have flaws and make mistakes. And, for me, they make the audios come alive.

Because the thing that Big Finish does well, really well in my opinion, is understand that the Doctor is not the centre, the real focus, of a Doctor Who story. The stories that work best, on TV, in print and especially in audio, are the ones where the important journey is the companion’s.

The Doctor knows everything, has all the answers – and how boring is that?! The companion, however, has a journey of discovery every time. Mistakes to be made and rectified, lessons to be learned. And that’s the only thing that can push the narrative forward, the journey.

To be fair, in many of the Big Finish stories the Doctor has a journey of his own too – very often instigated by the companion. Lucie Miller’s challenges to the Eighth Doc came regular as clockwork – and seeing this omnipotent being bested by a lippy northern chick is a thing of beauty. But I think the best example of the companion challenging the Doctor was in the shape of Doctor Evelyn Smythe.

As stated above, Evelyn was BF’s first experiment with an original companion, and she had a specific job to do. Colin Baker was very keen to move his Doctor away from the brash, shallow misanthrope of the TV series to a more considered, if still scathing, version. To do that, he needed a rock to push back against: enter Evelyn.

Where most companions were young and/or good looking, Evelyn was middle-aged and more interested in her intellect than her looks. As such she could hold the Doctor to account for his more cruel pronouncements – and very often did. She didn’t suffer fools gladly, and for all his omniscience (and probably because of it) the Doctor – especially the Sixth – could be more than foolish at times. Evelyn provided the voice of reason he needed – with a suitably sharp tongue when required.

And that sums it up, really, for me. On TV, the original companion was a screaming explanation devourer, with little else to do other than get threatened and help the Doctor explain things for the audience. Over time, this changed – but not very much.

And the Whoniverse was suddenly an even more exciting place to be.

Nic Ford is a freelance writer who reviews genre audio for OutpostSkaro.com and Starburst magazine.