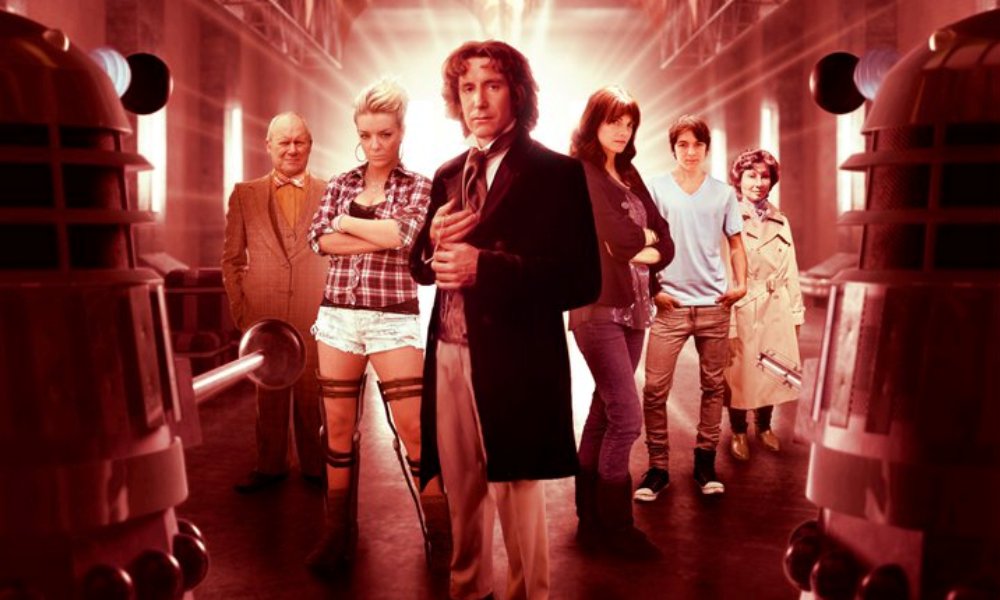 In my opinion, if there are any absolute truths in the Doctor Who universe, one of them would have to be that it is a travesty that Paul McGann has only graced our screens as the Eighth Doctor once. McGann’s performance is without a doubt the absolute best part of the 1996 telemovie. So I consider us quite lucky that the BBC and Big Finish had the good sense to bring McGann back to reprise that role in a series of Eighth Doctor audio adventures.

When I set about writing this article it quickly became evident to me that a single article covering the Eighth Doctor’s audio adventures was actually quite a large task. Paul McGann is, in a sense, the longest-serving actor to play the Doctor, with a vast number of adventures to pore through. Some of those stories are mired in continuity and (sometimes obscure) references to the show’s past. In fact, one could argue that the long “slow burn” story arcs of the modern series (like Bad Wolf) started with the Big Finish Eighth Doctor stories. This is evident especially when you look at the Headhunter character in the Lucie Miller stories, but I digress.

So I have decided, for your reading pleasure, to simply list out, with some reasoning, my (very) personal top five favourite Eighth Doctor audio adventures in no particular order. Here we go…

The Doctor, K9 and Romana visit the Doctor’s old friend Professor Chronotis in Cambridge just in time to save the Professor from Skagra who is attempting to get information out of him about the planet Shada. Information which would help Skagra in his ambition to take over the universe.

Shada is technically not an Eighth Doctor adventure because it was originally written, by Douglas Adams, for the Fourth Doctor. It was deftly adapted for Paul McGann’s Doctor by Gary Russell and as a result (to me) is a prime example of the idea that though he has many faces, the Doctor is always the Doctor. An idea of which I am very much a fan. It is also quite fun listening to McGann interact with Lalla Ward as Romana. The two play off each other well and Lalla Ward doesn’t miss a step getting back into character despite it being ten years since her previous turn as the Time Lady. While it may not be one of Douglas Adams’s best works – even he wasn’t that fond of it – it is a great story nonetheless and was obviously very successful as the first audio to launch Paul McGann back in the role of the Doctor.

This story begins with the Doctor fighting off a flock of Vortisaurs in the time vortex, creatures very reminiscent of the Reapers from Father’s Day. During the battle he ends up landing the TARDIS on a doomed airship in 1930. It’s there he meets Charley Pollard and rescues her from the disaster despite the fact that history clearly states she was meant to die in it. The Doctor makes a very interesting choice in not only saving Charley but also not telling her the truth about her fate.

I really wanted to include more Charley stories on this list. An Edwardian companion is something fans had been hoping for, myself included. Also, India Fisher is simply fantastic in the part. Unfortunately though, Charley was a part of a major storyline that took place in a Divergent Universe that never really clicked with me, so this is her only adventure I’m including. (After leaving the Eighth Doctor’s company, Charley does end up travelling for a while with the Sixth Doctor, but that is a whole different article…)

While trying to get his new companion, Lucie Miller, played by the wonderful Sheridan Smith, back home to 2006 Blackpool, the Doctor lands them in 1974 where people are being brutally murdered by bear-like creatures that seem to somehow be connected to glam/pop duo The Tomorrow Twins. Of course it is up to the Doctor to figure out that (obviously alien) connection and save everyone.

I’m a seventies British glam rock fan. I bow at the altar of Bowie so it will come as no surprise why I am such a fan of this story in particular, despite the fact that one half of the glam rock duo in the episode is portrayed by Stephen Gately of Boyzone (he performs a song as well). Still, it features Bernard Cribbins and a glam version of the Doctor Who theme song at the end, and that has got to count for something.

Doctor Who takes on Top Gear in space with a murder mystery.

Whatever you may think of Top Gear or its hosts, Max Warp is simply a fun story that I thoroughly enjoyed. There are some digs on Jeremy Clarkson in it too.

The Zygon Who Fell to Earth

The Doctor and Lucie travel to the eighties to visit Lucie’s Aunty Pat, who she had previously run into during the Horror of Glam Rock story, only to discover that Aunty Pat’s husband, Trevor, is a Zygon, but he is a good Zygon. Unfortunately the town Pat and Trevor live in is overrun with bad Zygons trying to get their sucker covered hands on.

Much like Paul McGann the Zygons have only ever had one on screen appearance yet they continue to be a fan-favourite baddie. This story is their first return to the Doctor Who universe and they are used pretty well. Sure there is the typical “companion is a Zygon for a little while” plot point, but it’s the good Zygon marrying a human who happens to be a relative of the companion that I found particularly creative. The family connection is also another way that the Big Finish audios may or may not have influenced the modern series.

Stephen Prescott is the host of A Madman with a Box Podcast, a Doctor Who podcast about Doctor Who fans and fandom which you can find at amadmanwithabox.com and on Twitter @MadManBoxPod.