Celebrating Tie-Ins #2: How the novels taught me to love TNG again 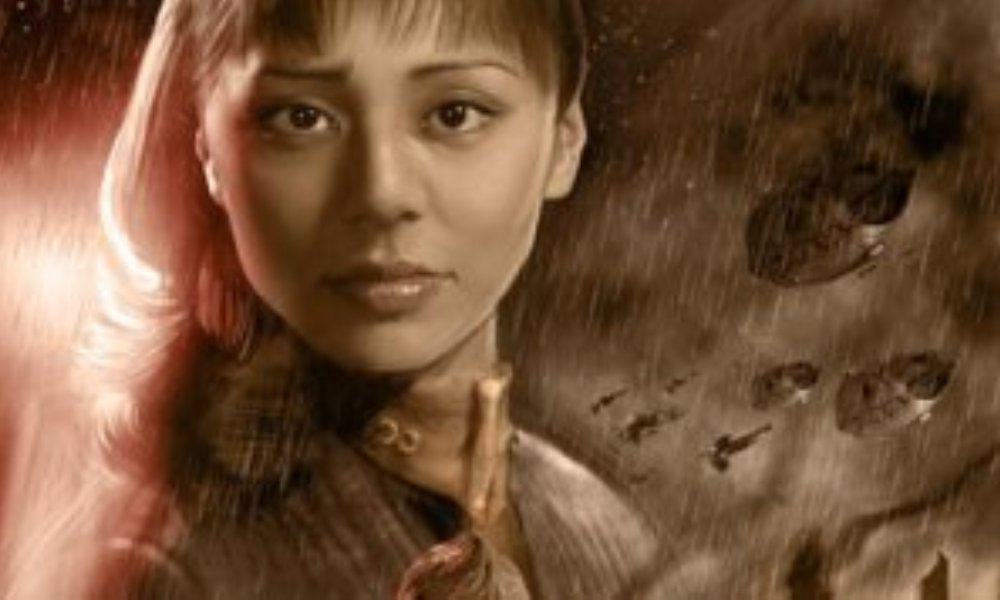 I’m a big fan of all the Star Trek series, but for a long time I developed a disinterest in The Next Generation. My memories of it were mired by the shallow perception of its datedness; thanks to the curious pink tinge and generally fuzzy presentation it suffered as a result of the video tapes it was edited on. I extended that perception to everything about TNG, tending to think of it as fuzzy and unappealing.

Before the incredible work on the recent TNG Bluray releases fixed these visual issues, the series was rescued for me by the books. Although it was a bit of a bumpy start: after the breezing through the brilliant DS9 relaunch books I was eager to see what wonders the Star Trek novelists could work on the adventures of the Enterprise-E after Nemesis. The first couple of books were a little disappointing, with a Picard and Crusher story that relied heavily on characters from the previous Stargazer series (which I have still not read), and a rather over-the-top Borg episode. Fortunately things improved dramatically with the ultimate Q novel that followed, and then the continuation of the Borg arc, which was even more over the top than the previous Borg book, but in a much more enjoyable way.

What all these novels were lacking though was a real sense of direction for the series. Unlike the first DS9 relaunch story, Avatar, there wasn’t really an idea of the series heading anywhere, or a strong sense of a new set of characters filling in the gaps where the crew of the Titan and Data had departed. There were new characters, but they didn’t seem to work as well as those introduced to DS9, and on top of that I just really hated two of them (T’Lana and Zelik Leybenzon), and was very pleased when they were subsequently killed off!

It all seemed to start to pull together with the new characters established in next book, which brought the first Borg arc to a conclusion before launching into the Destiny crossover trilogy and the Typhon Pact-era novels that followed. Characters have continued to come and go; there’s not really a fully stable Enterprise-E crew, but many characters have now been around for several books, giving us time to get to know them, and their relationships with each other.

One of the most refreshing aspects of the new crew is that it is impressively female-dominated. Almost all of the canon TNG characters that remain are male (there weren’t many females to have left, after all), while the majority of the most important new characters are female. If there’s one flaw in the mix, it’s that the Enterprise remains irritatingly human-dominant when it comes to main characters – although what new male characters there are help balance that out; the new Bajoran counsellor, Hegol, and Taurik (actually a minor canon character) having a strong recurring roles. There’s also the charming, and sometimes conflicted, new Cardassian exchange officer, Glinn Dygan, who has been a standout character since his introduction.

Greater than the Sum, the book preceding Destiny, introduced two of my favourite recurring new crew members: The first, Jasminder Choudhury, is a Human from Deneva, of South Asian heritage, who serves as the Enterprise’s new security chief. She brings a refreshing new take on a security officer (unlike her departed predecessor in the earlier books), combining her spiritual and peaceful nature with the requirements of the job. She also serves as a counterpart to Worf, allowing his character to develop, and her recent demise will surely continue to affect him in future books.

Also first seen in Greater than the Sum was T’Ryssa Chen, a half-human/half-Vulcan, who has chosen to build her identity on her human tradition, rather than following Vulcan cultural norms. Chen is smart, and funny, bringing a lot of humour to the books since her introduction. She also sometimes struggles with her heritage, to contain her own enthusiasm and expressiveness, and flips between utterly confident and altogether unsure of herself. Perhaps it is the nature of her personality, but Chen seems to me to be the heart of the new crew; her relationships and interactions with many different characters have been significant in several stories. But of all the crew, it is her relationship with Picard that really shines: somewhat like Ro Laren before her, Chen sees Picard as a mentor and almost father-figure; she really cares about his approval, and in return Picard seems softened by her being around, and more light-hearted in response to her. Her role also seems to be to reflect Picard’s generally changing nature, as he moves from being all about to Starfleet, to letting himself have a relationship with Crusher, and subsequently having a child.

So how, you ask, do all these new characters, and the changes brought to the more familiar characters, lead me to rediscovering how great TNG is? Well it’s all about that sense of family that really defined TNG; getting to know the new TNG family has reminded me how great the TNG family has always been, how they bounce off each other, and care for each other, and how even with the episodic nature of TNG they never seem static. Most of all, as the Enterprise-E has found itself more and more at the centre of politics in the post-Nemesis era, I am reminded how amazing Captain Picard is; what an inspirational, intelligent, articulate, and compassionate leader he is.

Looking back at the TV series, or the books and comics set in that period, I see those characteristics, and also see where these familiar characters are going in their adventures beyond their on-screen appearances. Several plot points in the most recent TNG novels seem to be pointing to the series being about to change direction for some characters again. Hopefully the new crew will continue to flourish whatever path they take.

Star Trek
by 8of5
3 Comments

8of5 is a life long Trekkie with an obsessive dedication to finding out anything and everything about Star Trek prose, comics, toys, games, and more, and sharing them with the world via his website, TheTrekCollective.com. You'll also find him on Facebook, Twitter, and Tumblr.