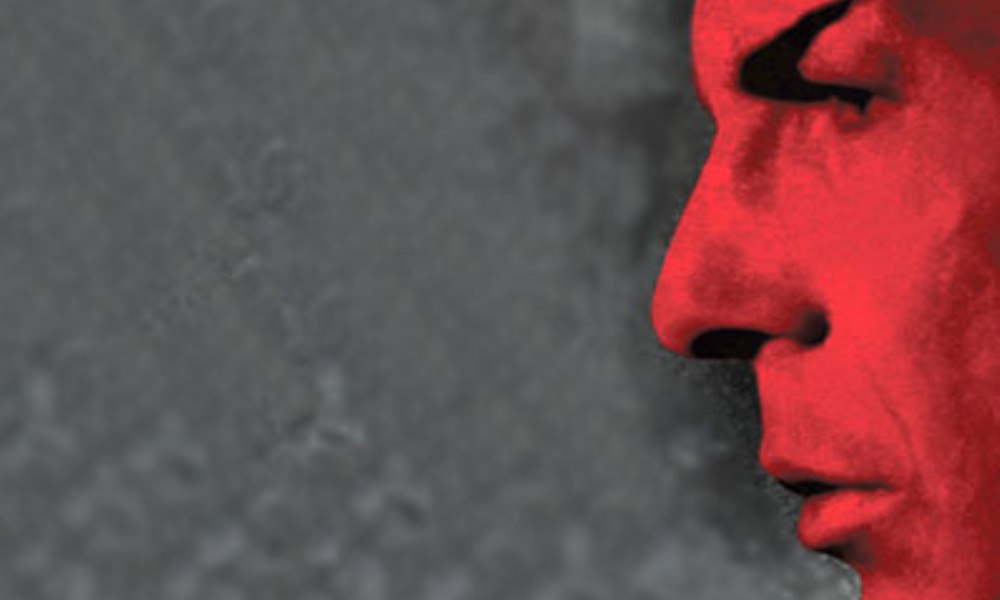 In Tony Daniel’s Star Trek debut Devil’s Bargain, the crew of the U.S.S. Enterprise is summoned to the non-Federation human colony Vebius which is on the verge of total destruction due to a large asteroid heading directly to the planet. With no conventional means to stop the asteroid the only option seems to be evacuation, but when Kirk and his crew meet with the colony’s representatives, they refuse to leave the planet and plan to retreat into underground shelters instead. Sure that this plan has no chance of long-term success, Spock hatches a rather outlandish plan. Will the colonists be up to it, and why exactly are they so fundamentally opposed to evacuation?

First, since there seems to be some confusion about this, let me point out that the Tony Daniel who has written this novel is not the comic book artist and writer, but a Hugo-award nominated science-fiction writer.

Since that is out of the way: In my review of last month’s release Allegiance in Exile, I said that that book left more than enough room for improvement for the rest of 2013’s TOS-heavy first half. Sadly I have to say that Tony Daniel didn’t use that room – to be quite honest, Devil’s Bargain is even weaker than last month’s offering. It’s pretty much the epitome of being average; there is nothing that really stands out positively, and the novel is verging on being sub-average more than once during its course.

Let’s start with the story: pretty much all of the it felt like a patchwork of some over-used Trek tropes – Kirk falls in love with local woman, colony in peril, elitist purist movement makes mission harder than necessary, etc. – and the only thing that felt original and new was the insight into the Horta society, and that is just too little to really carry a whole novel. What it does achieve though is rescuing this novel from actually descending into failure territory, because without it it really would have been little more than a relatively poorly written Star Trek pastiche. It’s quite astonishing that Daniel was able to portray the Horta society so well, while being so bland and predictable in most of the rest of the novel. It’s a shame that he hasn’t focussed more on the Horta.

I have seen people commenting that they thought this novel read just like an episode of the show, but I can’t really see that. Mostly because the characterisations felt off for pretty much all of the characters to me. I think the main reason for that is that they all “sound” alike to me, and that this “all-purpose voice” doesn’t even read like Star Trek at all at times; it’s just too contemporary, for lack of a better word. That’s especially true for Spock who feels totally out of character in some sequences, but Kirk and McCoy suffer under this almost just as much. The rest of the Enterprise crew have too little a role for their characterisation to come across as good or bad, but I guess in the little exposure Scotty gets, he probably is the charcter that feels closest to the known persona. The original characters remain pretty bland and add little to the novel beyond their immediate purpose.

Overall Devil’s Bargain is a rather disappointing Star Trek literature debut for Tony Daniel. There is only one reason why I gave it a rating that (just barely) translates to “average”: I enjoyed the glimpse into Horta society a great deal, and those sequences show that Tony Daniel certainly seems to have the potential to be a valuable addition to the stable of Trek novelists. Looking at the novel as a whole though, I don’t think I can really recommend it, unless you are a diehard TOS fan, or want to get a bit more insight into the Horta.

Devil’s Bargain (by Tony Daniel) was released by Pocket Books in February 2013.