Doctor Who: Devil in the Smoke review 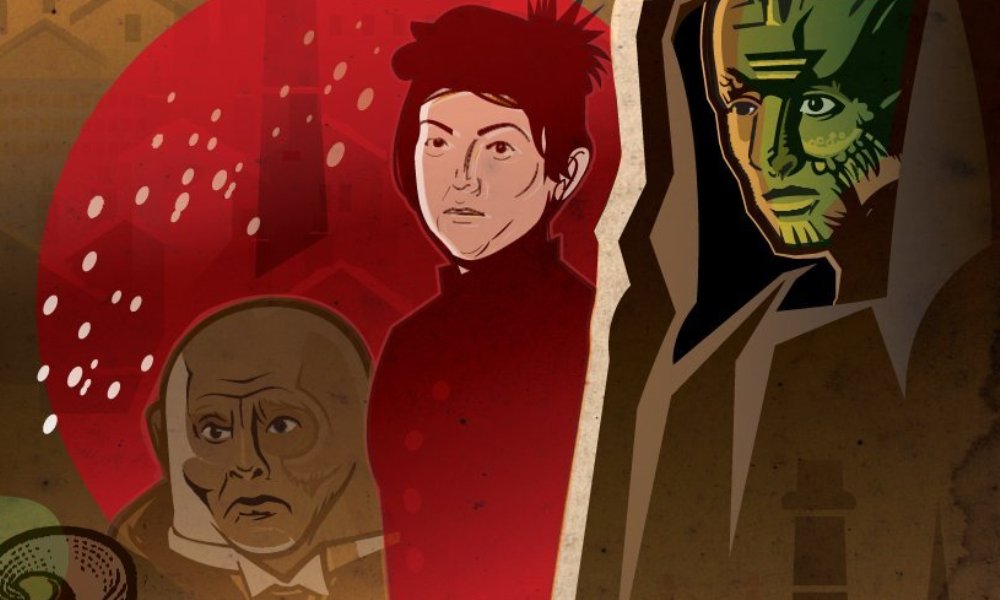 Devil in the Smoke, an eBook-exclusive novelette written by Justin Richards, shows the reader a case of the Great Detective Madame Vastra and her companions Jenny Flint and Strax, and works as prequel/tie-in to 2012’s Doctor Who Christmas special. Two young charges of a London workhouse enjoy themselves in the freshly fallen snow, but are frightened almost to death when all of a sudden a dead woman seems to have appeared within their snowman. Frantically running from the scene in different directions, the two boys run into two separate figures; one of them, Jim, into a mysterious man in a dark coat and a top hat, and the other, Harry, into a “troll”.

With Devil in the Smoke Justin Richards chooses to imitate a writing style close to what would be contemporary for the time the story is set in, and as such the work reads a bit strangely to “modern” eyes at times, but overall it works rather well. Of course the mystery itself can’t be all that deep given the shortness of the story, but since I assume it really only is intended as a backdrop to give us a closer look at the setting of the Christmas special and its guest stars – the story was originally released in the week before the special – that is a forgivable “weakness” in my opinion, especially because the mystery is written-well despite the story’s briefness. The plot develops in a steady and logical way, and at the end of the story you feel very entertained and my biggest complaint at that moment was that it was over already.

As I said the true heart of the story is the characters, and one in particular steals the show: Strax. His constant misinterpretations by seeing everything through the a militaristic lens is just very amusing. I doubt his schtick would work in the long haul as a regular character in Doctor Who because comedy characters always have a limited shelf-life, but seeing him here and in the Christmas special makes me hope that he pops up occasionally in the regular series. Vastra and Jenny appear a little bit less imposing than on the screen, and their relationship isn’t really alluded to, but overall they are characterised well, and all three as a group just feel right. With the exception of Harry, who works very well as the outsider to the Pasternoster Row group, most of the non-canon characters remain mostly plot-accelerators, but all in all that’s a minor issue.

Overall a fun little appetiser for Doctor Who fans who want to see more of Vastra, Jenny, and Strax. If you like the characters and have an hour or two to kill, I’d definitely recommend reading The Devil in the Smoke.

Devil in the Smoke (by Justin Richards) was released by BBC Books in December 2012.