Doctor Who: Night of the Stormcrow review 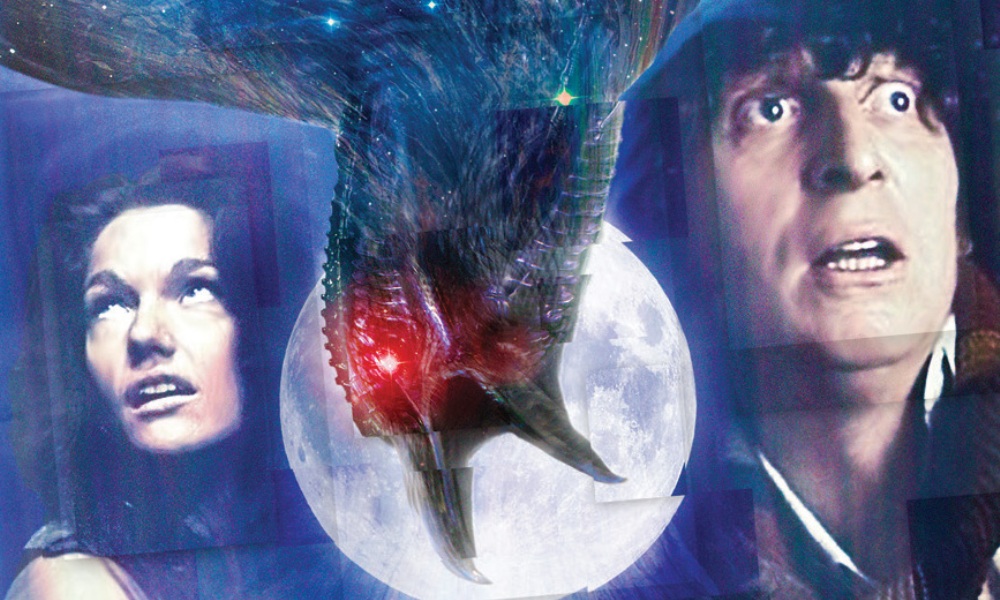 Marc Platt’s story also a very “trad” Fourth Doctor tale in some ways, recalling the likes of Image of the Fendahl or Horror of Fang Rock: a group of people in an isolated location under supernatural threat. It’s a genre that the first season of Fourth Doctor adventures didn’t really tackle, despite its rampant trappings of nostalgia. Night of the Stormcrow could easily have foundered on those nostalgia points, but Platt is a smart writer and what we get is a claustrophobic, somewhat creepy drama about an entity beyond human comprehension.

At only 50 minutes, there’s not enough time to build the tension and explain things, and so Platt exploits that by never quite explaining everything. The Stormcrow and its minions remain ill-defined, and the story is all the better for it. The conclusion is maybe a little too pat and too easy, but aside from that, this works very well, as everything and everyone in a mountaintop island observatory is slowly undermined by the Stormcrow’s malign influence.

Tom Baker and Louise Jameson of course rock the house as the Doctor and Leela. The guest cast, too, is strong, especially Ann Bell as the determined Professor Gesima Cazalet. Platt is careful to make sure none of the characters line up perfectly as “goodies” or “baddies”; their allegiances and relationships to the Doctor all switch back and forth during the course of the play. The best “actor” of all is the sound design by Jamie Robertson, which keeps the occasions creepy with a strong but subdued score, and a number of excellent recurring elements.

Night of the Stormcrow doesn’t ever become quite as good as The Renaissance Man or Wrath of the Iceni, but had this been one of the first season of Fourth Doctor adventures, that season would have been much improved. This is nostalgia without laziness, a summation of what made the classic Tom Baker years work without relying on it too much. Hopefully Night of the Stormcrow bodes well for things to come.

Night of the Stormcrow (by Marc Platt; starring Tom Baker, Louise Jameson) was released by Big Finish Productions in December 2012.