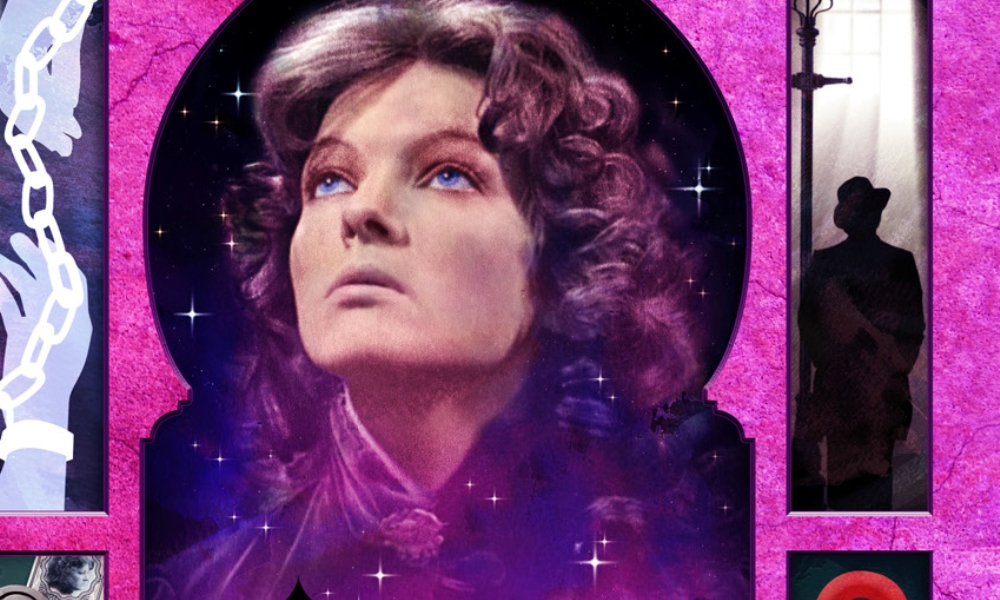 I always look forward to Big Finish’s annual release of four one-episode stories — in this era of trilogies, it’s nice to have a story that can be told over 30 minutes. The most recent one, 1001 Nights, is a little different from most, as the stories are actually all linked together (Forty-Five maybe came closest to this in the past). When 1001 Nights opens, Nyssa has been captured by the Sultan of an Arabian nation and forced to tell him stories. Those stories make up the bulk of the first three episodes, with Part Four filling out what happens to the Doctor and Nyssa as the night of stories draws to a close. It’s a clever conceit, and though the flashback status of each individual part makes you know that the Doctor and Nyssa are going to get out okay…. well, you always knew that anyway.

The first of the flashbacks (I think it’s by Emma Beeby and Gordon Rennie, but this isn’t really clear), My Brother’s Keeper, is about a trip they made to another prison, where a lone prisoner suffers eternal torment at the hands of a lone warder. As the first episode has a lot of framing material to get through first, this feel like the shortest tale, but it still has some neat ideas. It can’t exactly do a whole lot with them, but it’s good for what it can do, though I found the resolution a little too cursory for my liking.

The second episode gives us The Interplanetarian by Jonathan Barnes, where the Doctor travels to a Victorian house to cure a demonic possession. Well, alien possession. Barnes’s notes state he wanted to put a Doctor Who spin on the Exorcist­-type story, but I don’t feel like he’s really done that: it’s a pretty by-the-numbers demonic possession story, with some space terminology substituted. It doesn’t feel specific to Doctor Who, or put a clever spin on the ideas. There’s some potential for character resonance, as Nyssa has seen her own father possessed, apparently incurably so, but that’s not exploited.

The third, Smuggling Tales by Catherine Harvey, was definitely my favourite. With a frame about tale-telling, Harvey gives us a story about tale-telling itself, with some fun twists on the idea that tales themselves have a certain economic power. The stories within stories become hard to follow at times, but that’s half the fun… It also resonates the best with the frame, suggesting some of what is to come in the final part…

The frame, by Beeby and Rennie again, carries all of the last part, and throughout all four episodes, I liked it a lot. Alexander Siddig (Star Trek: Deep Space Nine’s Dr Bashir) plays the Sultan very well: a charming, intellectual, dangerous man with a big secret to hide; his rapport with Sarah Sutton is great. Meanwhile, the Doctor is trying to escape from a very odd prison, and this section is entertaining as well, especially Nadim Sawalha’s performance as the old man the Doctor finds in prison. There are a lot of great ideas in this as well, and though the resolution is again a little too pat for my liking, the story gives Davison, Siddig, and Sutton all some interesting material to work with, and examines the idea of just what it takes to be the Doctor. (Can I say, that I just love Sarah Sutton as always. These days, Nyssa is just the perfect companion: smart but naïve, hopeful but the last survivor of a dead race. The more I hear of her, the more I’m convinced I need to pick up more of her solo stories with Davison.)

Jamie Robertson excels himself on sound design: the wind chime atmospherics of the Sultan’s palace are perfect, as is the stormswept tavern the Doctor and Nyssa stumble into. And I loved the brief touch of Roger Limb-esque music when Nyssa reminisces about Traken!

The strength of these four-story releases is the breadth of Doctor Who they reveal, and 1001 Nights continues firmly in that tradition, with a story that foregrounds that for us. Like the 1001 nights themselves, I hope it never ends.