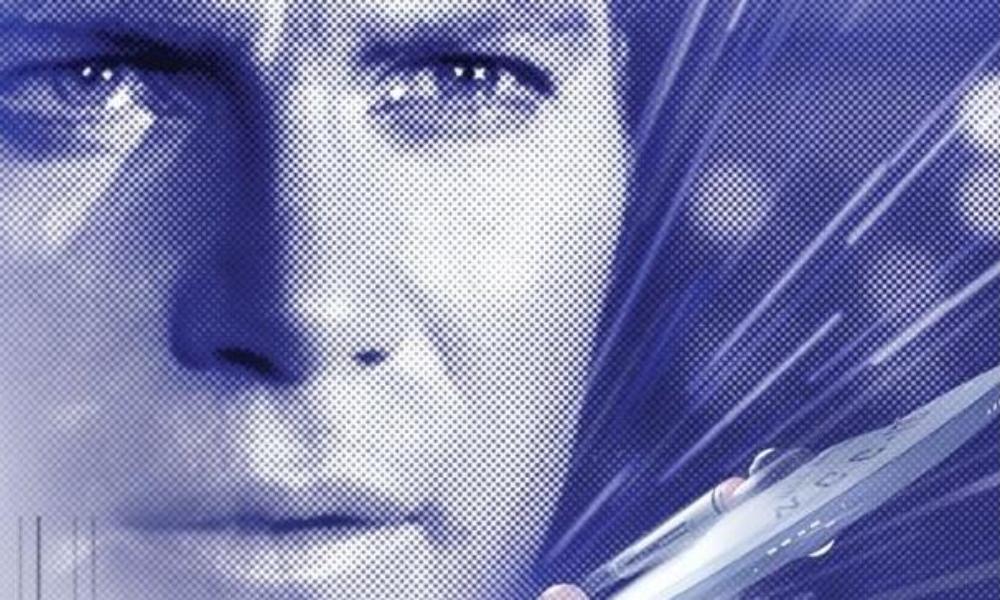 Allegiance in Exile by David R. George III is the first of half a dozen Star Trek: The Original Series novels this year. While on an exploring mission into a star system charted (but not explored) by the Vulcans more than a century earlier, Captain Kirk and the crew of the Enterprise find evidence of civilisation on the sole Earth-like world of the three planets in the system, but no life-signs. When investigating they discover that the lifeless ruins were destroyed only a year earlier, and there are signs that ships on the ground have been sabotaged. During further research trips on the ground the crew and ship are suddenly attacked by an automated missile system, killing seven crewmen in the process. When the Enterprise approaches a similar planet later in their mission Kirk has to decide if it is worth the risk to investigate further.

Sadly I have to say Allegiances in Exile leaves more than enough room for improvement for the rest of 2013’s TOS line-up. It features some nice ideas and good scenes, but as a whole it felt like it was lacking something. For example, to me it read more like a series of snapshots from the last year of the Enterprise‘s five-year mission than a true continuous narrative, making it kind of hard for me to get into the story beyond the character-driven parts of it.

Talking about those character-driven parts of the story, that’s the part where the nice ideas come into play. Creating the rift between Sulu and Kirk is definitely a nice and interesting idea, and Sulu’s love interest is written well too, although it’s pretty obvious early on that her main role will be being a story catalyst. One problem with the Sulu/Kirk fall-out, at least for me, is that it felt somewhat superficial and resolves itself a tad too easily for my taste. Another thing I found slightly annoying is that Kirk is the one to conduct first contact with a race that will be major player in a later series. That reeks of small universe syndrome and I would have liked if it had actually been Sulu’s new ship making the first contact – or if David R. George III had used an original race, although I guess that this little surprise at the end could very well be a set-up for a future twenty-fourth century novel.

As mentioned above the relationship between Sulu and Trinh is written well, and despite the fact that she never had much of a future, David R. George III builds up her character nicely and is able to make you care for her, and the relationship doesn’t feel too forced. Most of the regular characters are written well, too. I’m not so sure about Kirk’s characterisation, though; something just didn’t fully click for me with him in this novel. There’s nothing big you can really put a finger on, but it felt a bit off to me, like when you watch something and the audio is slightly out of tune. One little negative point for me also was that the other regular characters beyond the Big Three and Sulu were a bit underrepresented for my tastes. Granted, at least Sulu got a lot to do in this and that is much appreciated, but given that Chekov for example seemed to be a close friend of Sulu I would have expected that those two would have more scenes together talking about Sulu’s problems.

Overall Allegiances in Exile is an average novel. Certainly an adequate way to kill some time, but just not quite the quality I would have expected and far from the quality of some of David R. George III’s past novels, both TOS and otherwise.

Allegiance in Exile (by David R. George III) was released by Pocket Books in January 2013.