Doctor Who: The Shadow Heart review 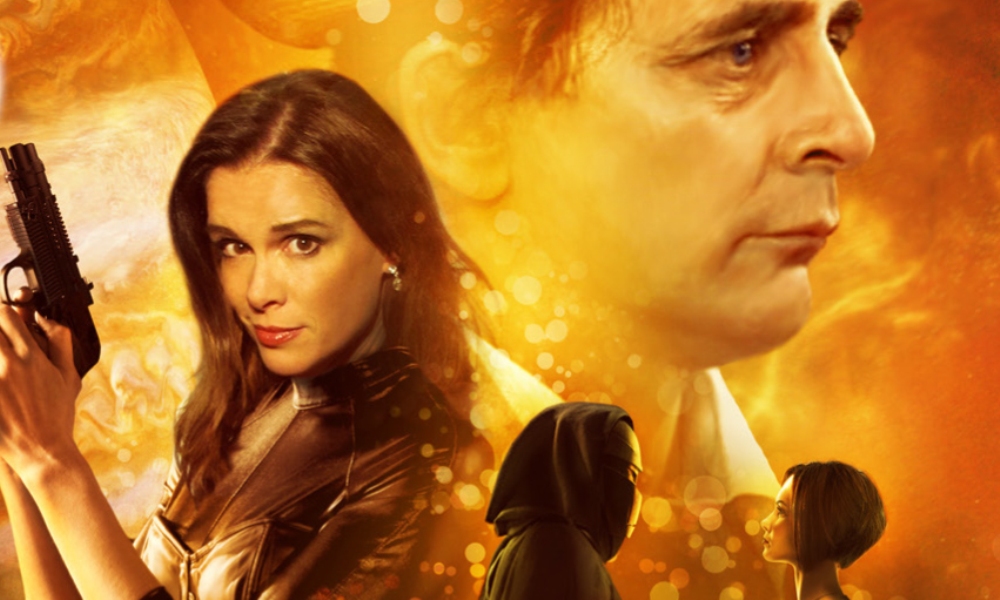 The Drashani Empire trilogy reaches its conclusion in The Shadow Heart, a Seventh Doctor tale by Jonathan Morris. Another significant span of time has passed in the Drashani Empire — in fact, the Drashani Empire no longer exists, it having been rolled over and conquered by the Wrath, tasked with becoming a force for good by the Doctor at the end of The Acheron Pulse. Only, as it turns out, the Wrath have been a bit overzealous in that regard.

At first, though, this is mostly backdrop for when the TARDIS materialises in Starbaff’s, and the Doctor falls out, wounded, into the hands of two scavengers named Talbar and Horval. And despite just arriving, he’s already on the run from a bounty hunter! The Doctor has to work out who’s trying to kill him and why… and stop a nefarious plan to conquer the galaxy. Or something. The result is an adventure that the word “escapade” was probably coined to describe, as the Doctor, Talbar, and Horval run from situation to situation and things get more and more desparate. The Shadow Heart is fun, imaginative, and evocative — everything its predecessors failed to be.

Ironically, once the Drashani Empire falls, it turns out to be an interesting region of space. Rather than the very generic space opera trappings of the previous releases, we get a space-going snail and half a planet. (On the other hand, we get the dangerous space bar seen in everything since the first Star Wars film, but I guess you can’t win them all.) Talbar and Horval were definitely my favorite part of the story, two squabbling spacers played to perfection by Eve Karpf and Alex Mallinson. And they fly through space on the back of a snail! How great is that? John Banks and Jaimi Barbakoff also put in good turns as the crew of HMS Trafalgar, feeling like they sailed right in from a Napoleonic naval drama, with plummy accents and calls to “Action stations!” Small parts, but executed correctly.

We also get the Vienna Salvatori, the galaxy’s most dangerous bounty hunter. Or so she claims, anyway, since she doesn’t seem able to kill anyone through most of this adventure. Chase Masterson (Star Trek: Deep Space Nine’s Leeta) is fun as the amoral character, but I’m not quite sure why she was chosen for a spinoff; I’d’ve given it to the snailers instead, personally.

The story is fun, and Sylvester McCoy feels like he’s relishing it. It’s amazing to think the variety of performances this man gave Big Finish in 2012 — from the Gods and Monsters trilogy to UNIT: Dominion to this are all very different takes on the Seventh Doctor, and yet he pulled them all off! Morris also does something pretty interesting with the story’s narrative, that I don’t think Doctor Who has ever done before, though it (MILD SPOILER) is kind of like his own novel Festival of Death… but in reverse. I don’t know if it actually adds anything to the story, but it is engaging, and yields a couple good moments.

Where The Shadow Heart is the weakest is where it makes its most explicit connections to the previous Drashani stories. That the Doctor programming the Wrath to be like him results in them becoming conquering, bloodthirsty peacekeepers seems utterly contrived as a way to dump some unwarranted guilt onto him. Also, James Wilby is back as Prince Kylo, who initially seems to have a fairly interesting motivation for once (trying to save his homeland) but just turns out to be another raving loony with a dastardly plan. Which is a shame, because there are some good scenes with Kylo at first.

Toby Hrycek-Robinson isn’t back for the music on this one, though Wilfredo Acosta does a decent job underscoring the action. The song that plays in Starbaff’s is definitely the best part of the bonus music track. Utterly bizarre!

Though I initially looked forward to the Drashani Empire trilogy, it turns out to have been Big Finish’s weakest effort in the main Doctor Who range in quite some time. It’s hard to say exactly what went wrong, but I think it’s really a failure of character and setting in the first two stories, neither of which gave us people to care about or places that were anything less than by-the-numbers. The Shadow Heart is fun, but it can’t salvage the first two plays; listen to this one, maybe, but continue to give the others a wide berth.