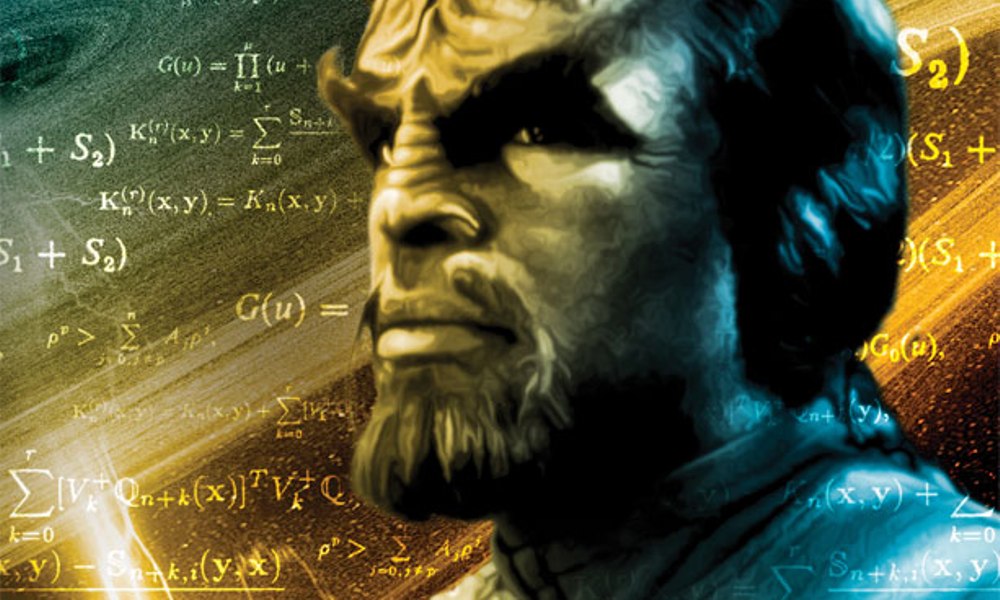 The Body Electric, Book Three in David Mack’s The Next Generation trilogy Cold Equations, faces Wesley Crusher – now a full-fledged Traveler – with a machine entity destroying whole galaxies. When his fellow Travelers, aware of the entity’s modus operandi and history, flee the galaxy, he turns to his family and friends on the Enterprise for help. Meanwhile Data continues his search for Akharin, who seemingly has been abducted by the Fellowship of Artificial Intelligence, and soon meets him under less than optimal circumstances. What is the ultimate goal of the entity and will Picard and his crew be able to get in touch with Data, who probably is their only chance to stop it?

If you compare my ratings for Silent Weapons and for this novel you’ll notice that they aren’t too far apart, yet how I reached those ratings was distinctively different. While Silent Weapons was pretty much on the same level with The Persistence of Memory quality-wise, with only one plot point pulling it down for me personally, The Body Electric as a whole seems to be a tiny bit weaker. Basically it boils down to this: if you can look past my main gripe with Silent Weapons – the stupidity of the Breen’s plan – more easily than myself, you can easily add another 5% or so to the rating; this novel, on the other hand, has several little things pulling it down.

Don’t get me wrong, it’s a good novel, but I just couldn’t really connect with it quite as well as with the preceding novels. One problem is that the threat, the destruction of whole galaxies, is just a bit too big to really grasp – there is a scale of threat where it begins to get abstract, and I think this novel has passed the threshold. That’s why, at least for me, the more interesting parts of The Body Electric and those sucking me in lie with Data’s subplot and especially the endgame to it. As strange as it sounds: from a reader’s perspective Data’s decision in the end was more important to me than how/if they are able to convince the entity.

It was nice to see Wesley again (I can’t believe I just wrote that, but I guess my Wesley-hate has mellowed a lot over the years), but two additional small problems I had with the novel are connected to him: he is just too readily accepted into the group on the Enterprise for my taste, especially by the new people, and I found it quite weird how he seemed to drop out of the narrative for stretches of the novel. Another little nitpick concerning the characterisation is the somewhat sudden and total 180° one of the original characters performs in the novel’s endgame. I think I understand the motivation behind that, but I feel it could have been elaborated a bit more within in the novel. Other than that the characterisation is once again very good and even sequences I didn’t have much interest in (T’Ryssa Chen and Taurik come to mind) are written well enough to not bother me much. The highlights concerning the characterisations are those little scenes, like between Crusher and Wesley, though.

Overall The Body Electric is a good novel with some small flaws. Not among David Mack’s strongest work, but still a recommendation and a satisfying ending to a very enjoyable Cold Equations trilogy.

The Body Electric (by David Mack) was released by Pocket Books in December 2012.