Doctor Who: The Acheron Pulse review 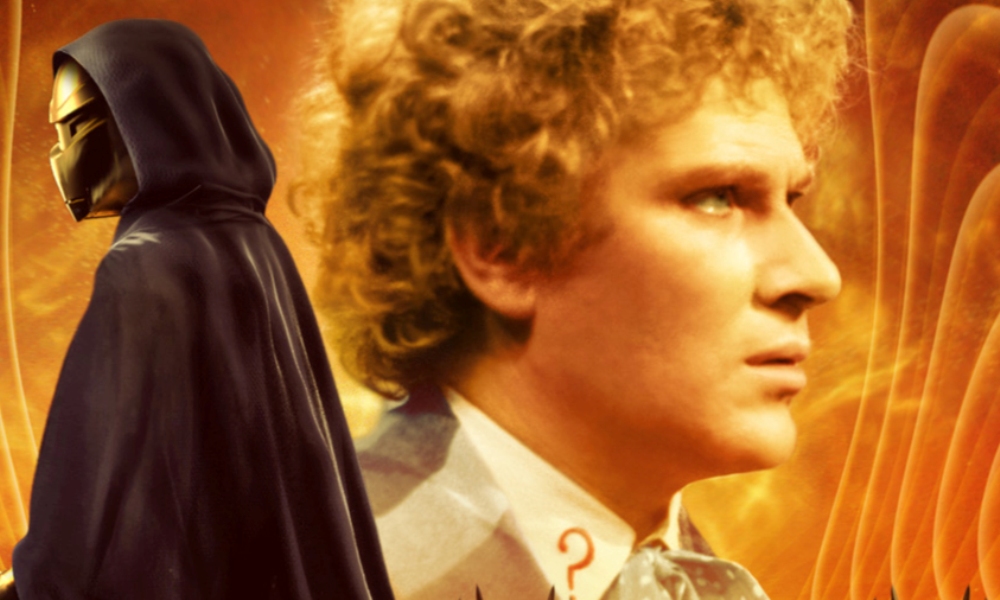 The Drashani Empire is back — and so is Rick “Not Nick, I Swear” Briggs. The Acheron Pulse brings back both the Drashani Empire, which the Doctor previously visited in John Dorney’s The Burning Prince, and Rick Briggs, who previously wrote The Witch from the Well and The Entropy Composition (for The Demons of Red Lodge and other stories). Briggs, who was discovered through a Big Finish competition for new writers, has shown promise thus far, but The Burning Prince fell flat with me. How does Briggs handle the story handed off to him by Dorney?

Poorly. The Burning Prince’s problem was that it was filled with flat, uninteresting characters, and The Acheron Pulse sees a return to that when the Doctor lands on Cawdor, somewhere between Sharnax and Gadarel Prime. There’s a stuffy diplomat, an enthusiastic young diplomat, a compassionate but naïve empress, two married barbarians, and two people who I was never really sure what they were for (I think they worked in the Cawdor space program).

Looking at the cast list, I couldn’t even tell you which character had which space-name, aside from the Empress Cheni, but the characters of the married barbarians stood out as particularly poor. They act like every “primitive people” you’ve ever seen in science-fiction, which is to say they belch a lot and have an improbable cultural love of violence. This could maybe be pulled off with the right actor (say, BRIAN BLESSED), but the ones here seem torn between realism and craziness, and don’t pull either off. We constantly cut away to these side characters from the main action with the Doctor, and they just aren’t interesting enough to make any scene with them work. Who cares what they do, or how they end up? It’s quite plainly completely irrelevant.

Kirsty Besterman, who played Princess Aliona in The Burning Prince, returns here as Aliona’s cousin, the Empress Cheni. I didn’t really find her effective in The Burning Prince, and she’s not so here either, coming across as far too stupid and “nice” to be believable as the ruler of an academic department, much less a galactic empire. Even the Doctor seems flat and poorly characterised: he’s weirdly uninterested in saving people’s lives at first, and then very fixated on one life in particular, and he tells one character that he has the sort of face one just wants to punch! Oh, yes, that sounds like the Doctor I’ve always loved. The story also makes its villain a masked man hideously deformed underneath, which will be surprising to exactly no-one, and completely irrelevant, except to hammer home the link between ugliness and evil.

Perhaps worst of all, The Acheron Pulse is just boring most of the way through. Two episodes are spent running around before anything happens, alleged suspense supposedly being drawn out of the villain’s identity. Then one this non-revelation occurs, we get an over-long flashback to The Burning Prince, and then the villains spends an entire episode explaining to the Doctor the complicated backstory that transpired between the two stories. Then finally something happens, but by that point I was beyond caring. What happens, though, is so far out there as to be nonsensical: there’s a big turn at the end of Part Three that really only makes since in the worst SF writing. And there’s a coda in a space Western bar for some reason, which is going for comedy. I hope so, anyway. It didn’t hit it, but I hope I wasn’t meant to take it seriously.

It’s not all bad. I was surprised by how much I liked James Wilby’s performance as Lord Tenebris (he’s got a name like a Sith Lord… which explains a lot, actually). He’s got a good voice, and manages to grab a lot of sympathy just through it, making what is a generic and inconsistent character at least interesting to hear speak. I was also intrigued by the play’s ending, which has some evocative sound design from Toby Hrycek-Robinson.

Like with The Burning Prince, the best part of this story is Hrycek-Robinson’s score, which is exciting in exactly the way the story itself isn’t. It’s rare to get much musical continuity in a Big Finish Doctor Who story, so it’s pleasing for that in addition to being good. Two stories in, though, and this trilogy is not working for me: the setting , characters, and situations are just not interesting enough to be visited three times. But I’ve still got The Shadow Heart to go, and I’d like to give it a fair hearing, so we’ll see.