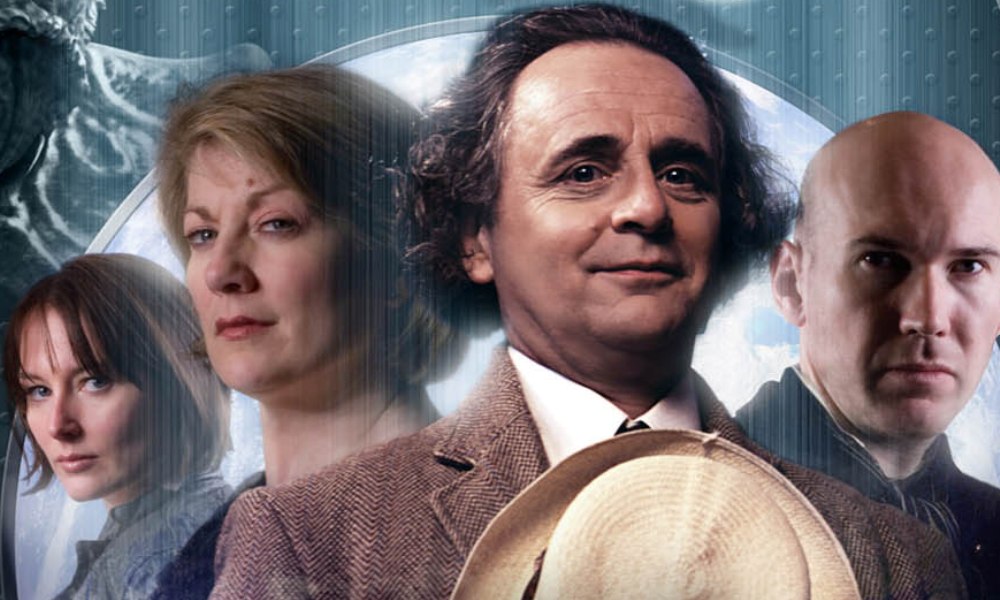 UNIT: Dominion is probably a first for Big Finish: one, four-hour long story. Zagreus and The Next Life come close, and there have been other boxsets, but Dominion is one big story, told in one release. Dominion also reunites the Seventh Doctor with both Klein (who appeared in a main range trilogy a couple years ago) and Raine (who appeared in The Lost Stories last year), crossing the streams, one might say. There’s even another Doctor in it.

The big worry I had going into Dominion going in was the ending. It’s co-written by Nicholas Briggs, and he tends to write stories where the Doctor gets caught up in gigantic events that are impossible for him to control or see his way out of. Sometimes this works — Sword of Orion and Patient Zero carry it off to good effect, I think — but sometimes it gives you endings that are pat or unsatisfactory when Briggs does want the Doctor to win. Blue Forgotten Planet and The Vengeance of Morbius are probably the best examples of this problem; in the former, the Doctor wins because of techno-gubbins nonsense involving a timeloop, while in the latter, the Time Lords intervene in a way that they never do normally because it would make all Doctor Who deadly dull. So how was Nicholas Briggs (and co-writer Jason Arnopp) going to be able to end a four-hour epic satisfactorily?

Before the end, though, there’s the story. At first, Dominion follows two parallel plots — the Seventh Doctor and Raine cross into another dimension and meet a future incarnation of the Doctor, while on Earth, Klein and UNIT are investigating alien threats with the help of that same future Doctor. The Raine plot feels underwritten — there’s a large segment where they just hang out in a dimensional tunnel or something, and though Beth Chalmers gives it her all, it seems as though poor Raine will never be served by good writing. She’s “witty,” sure, but it’d be better if she was intelligent; she spends most of the time sarcastically expressing her ignorance. Surely in 2012 we should have companions that can do better than “What’s that, Doctor?”

The other plot more than makes up for it, though. Klein has been seconded as UNIT’s scientific advisor under Colonel Lafayette, when the Doctor shows up — but not the same Doctor who’s been shadowing Klein most of her adult life. Tracey Childs’s Klein has always been a delight, and this story is no exception. The old Klein was, of course, a Nazi from an alternate timeline, and this one never had those experiences, but she is still the most intelligent person in most rooms, and she knows it. The teamwork that builds up between herself and the other Doctor is excellent. If it wasn’t for Tracey Childs, Alex Macqueen would have stolen the show as the other Doctor. Boisterous and enthusiastic, he feels very much in the mould of David Tennant and Matt Smith. He’s fun when he needs to be — and menacing when he needs to be, too. I hope we see more of him in the future.

I loved Martin Johnson’s epic sound design, not to mention his score. Why couldn’t there was been some of that on the CD Extras, rather than ten different actors telling us how impressively large they found the script?

Unfortunately, perhaps, Dominion doesn’t need to be Big Finish’s longest-ever story, as the incursions from other dimensions get a little repetitive. One less would have carried us through, mostly the same, I think. Or perhaps more time could have been given to making the rest of UNIT more interesting; Sam Clemens is good as Major Wyland-Jones, but when any of the other characters become distinctive, it’s usually in a bad way. (If there’s a sequel, Sergeant Wilson had better not ever mention his child or wife, once ever.) As for the ending — it’s sudden, which didn’t surprise me, but it mostly works. You just feel that a four-disc problem ought to require a slightly more complicated resolution.

All that said, UNIT: Dominion is a worthy and different style of Doctor Who. The Big Finish folks are always making claims of cinematic-ness in the extras, but this one gets the closest I’ve heard, feeling almost like an ensemble piece, rather than a story driven by a single protagonist, and I’d definitely listen to another story in this style. Just work out some of the kinks first.