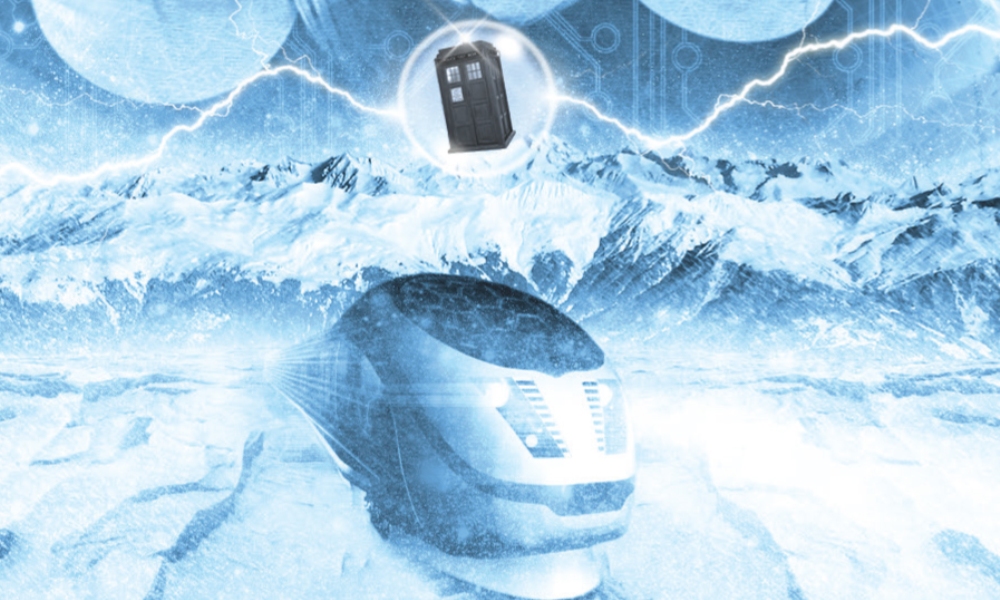 As has been done occasionally in the past, Big Finish’s current “main range” Doctor Who trilogy (Protect and Survive, Black and White, Gods and Monsters) features a Companion Chronicle tie-in. Project: Nirvana is the fourth Forge audio drama from Cavan Scott and Mark Wright, and it features both companions of the black TARDIS: Maggie O’Neill as Lysandra Aristedes and Amy Pemberton as Sally Morgan — not to mention Sylvester McCoy in a brief guest role as the Doctor.

Set in the gap where the Doctor was strategically fighting the Elder Gods with Lysandra and Sally between House of Blue Fire and Protect and Survive, Project: Nirvana begins with the two companions doing an aerial jump out of a hovering TARDIS down onto a highspeed train. The narration duties are shared between the two actresses in turn, as they try to capture a mysterious artefact in the hands of the Forge — and Lysandra is forced to confront her own past involvement with that so very ruthless organisation.

Though both characters narrate, Project: Nirvana is quite clearly a story about Lysandra (which makes sense, as Scott and Wright created the character for the novel Project: Valhalla). While Sally tends to be pretty emotionally obvious, Lysandra is often pretty closed off, and Project: Nirvana allows her an opportunity to overtly express her feelings. She’s an interesting character: initially happy and pleased with her work, eventually ground down by it, now given a chance by the Doctor — but a chance for what and to what end? Project: Nirvana gives an explanation of sorts for her transformation, but it also allows Lysandra herself a chance to come to terms with it. She’s  a good character and Maggie O’Neill puts in a good performance; I hope we continue to hear from her when this trilogy is all over.

There’s also some good sound design courtesy Richard Fox and Lauren Yason (gotta love that aerial skydiving, not to mention a rare music suite on a Companion Chronicle), a good performance from Amy Pemberton as well, and a suitably creepy alien monster for our heroes to fight. The resolution of Project: Nirvana could have easily been facile in the wrong hands, but everything comes together here to give us a nice character-based short story about a companion who could use the filling out. It’s not essential to the current trilogy, but the trilogy is better for having heard it.