Doctor Who: The Guardians of Prophecy review 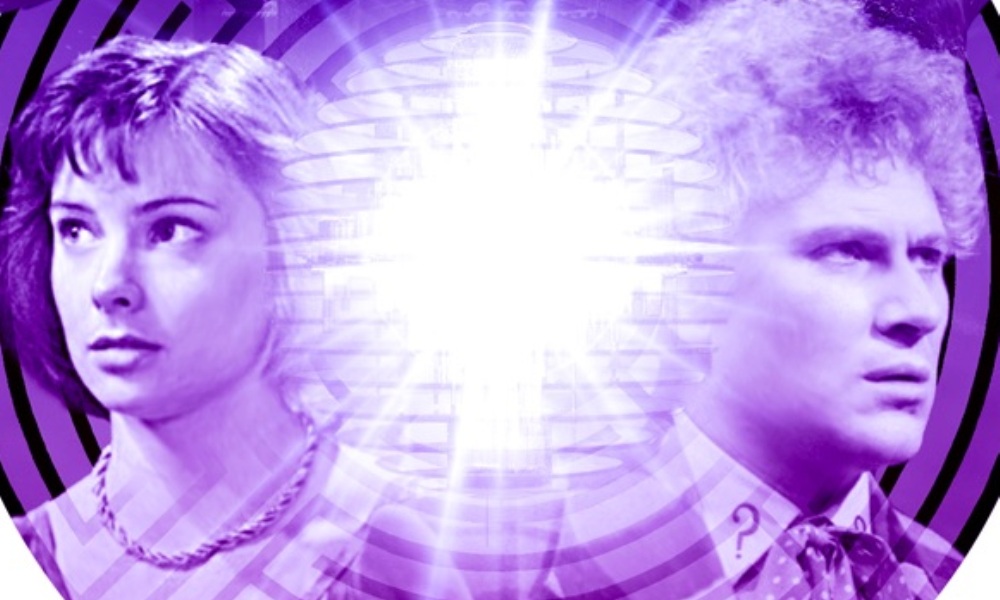 The Keeper of Traken is one of my favourite Tom Baker stories. I love the sombre tone of Season 18 in general, I like the Fourth Doctor/Adric dynamic, I love Geoffrey Beevers, I like Nyssa, but I especially love the fairy tale feel of the whole thing. It might be cheap dramatic shorthand, and it might be a big wooden lump of exposition, but the appearance of the Keeper in Part One with the history he declaims to the Doctor and Adric gives Traken a sense of scale and importance that most planets don’t get, a sense heightened by the significance of Traken in the next story, Logopolis.

The Guardians of Prophecy, the first of 2012’s new batch of Lost Stories, is a sequel to The Keeper of Traken, written by the ubiquitous Jonathan Morris from a storyline by Johnny Byrne, writer of the original. Obviously there can’t be any later stories set on Traken, so The Guardians of Prophecy begins with the TARDIS crew’s attention drawn to the planet Serenity, the only member of the Traken Union to survive and now the capital of the Benign Union. Of course, things are neither serene nor benign: there’s a revolution afoot, as the members of the Union’s lower classes have grown tired of the autocracy of the Guardians of Prophecy, who interface with the computer that controls the Union.

So what you get as a result is a fairly ordinary Doctor Who story about an invasion in an unjust society. The primary rebel characters, Mura and Auga, quickly establish themselves as equally unjust in the way they elect to attack that society, and it’s into this situation that the Doctor and Peri arrive — and soon things have gotten even worse, once the ancient evil known as Malador has returned to life. So the Doctor and Peri have to pull these squabbling factions together and beat the baddies.

Colin Baker and Nicola Bryant are on fine form as usual; Peri’s relationship with Ebbko is solid, and as usual for The Lost Stories, she’s allowed to be intelligent and plot-important in a way she usually wasn’t in the 1980s. The Doctor gets in a good number of zingers as well. The story has a pretty strong cast all around: Graham Cole steals the show as Ebbko, the safecracker hired by the revolutionaries, but the rest of the cast is pretty good, too: I was astounded to realise that the lead Guardian was played by Simon Williams (heard elsewhere in Big Finish Land in Counter-Measures, but beloved to me because of Upstairs Downstairs) affecting a Welsh accent. He takes what could have been a very dull part and makes it interesting. Nigel Lambert also plays the surprising Auga, the court recorder, well.

The real weak point of The Guardians of Prophecy is its villain: Malador is an ancient evil. And that’s it. There’s no attempt to treat him seriously as a character; he simply has a lot of powers and wants to be evil and shouts a lot. (He’s played by Stephen Thorne, of course he shouts a lot.) Once he’s revealed, the story become drastically less interesting, and Parts Three and Four were much less enjoyable than the opening. It doesn’t help that the Doctor defeats Malador (spoilers!) in a very uninteresting way. On the other hand, it never sags: this story moves along with energy and verve, thanks to director Ken (who else?) Bentley.

As a standalone tale, The Guardians of Prophecy is okay: not as good as this season’s standouts The Elite or The Masters of Luxor, but stronger than any of the stories I heard in the first season of Lost Stories. Where it disappoints, however, is as a sequel to The Keeper of Traken. As I said above, I really like The Keeper of Traken, but The Guardians of Prophecy doesn’t really feel like a sequel to it. The Keeper of Traken has a distinct fairy-tale atmosphere — and sometimes it even ventures into the cod-Shakespearean, giving its events a dramatic oomph they perhaps don’t rationally deserve. The Guardians of Prophecy, however, feels like just another science-fiction planet. Oh, it plays with some of the ideas of The Keeper of Traken, but not really adequately. There’s a goodness barrier that keeps evil off Serenity, but I’m not sure what that actually means as there are terrible people all over the planet. “Good” and “evil” are bandied about a lot, but what these mean are essentially meaningless; it’s potentially interesting how corrupt our “good” society of the Benign Union is, but the story makes nothing of it. My understanding of The Keeper of Traken was that a “Melkur” was just the name of any evil creature drawn to Traken, but here the Melkur are an army of statues all identical to the one that was the Master’s TARDIS, and they are all under Malador’s control.

Most disappointing of all, I think, is that very little is made of the destruction of Traken. There’s a haunting “Lament of the Melkur” at the beginning (an excellent piece of sound design by Steve Foxon; in fact the whole soundtrack once again makes me disappointed The Lost Stories don’t have music suites for some reason), but then the Doctor is all, “I don’t like to talk about it” and Serenity’s backstory ceases to matter a jot. Serenity is arguably the last remaining part of one of the Doctor’s bitterest defeats, and I feel that something really could have been made of that.

The Guardians of Prophecy (by Johnny Byrne, Jonathan Morris; starring Colin Baker, Nicola Bryant) was released by Big Finish Productions in May 2012.