Doctor Who: Black and White review 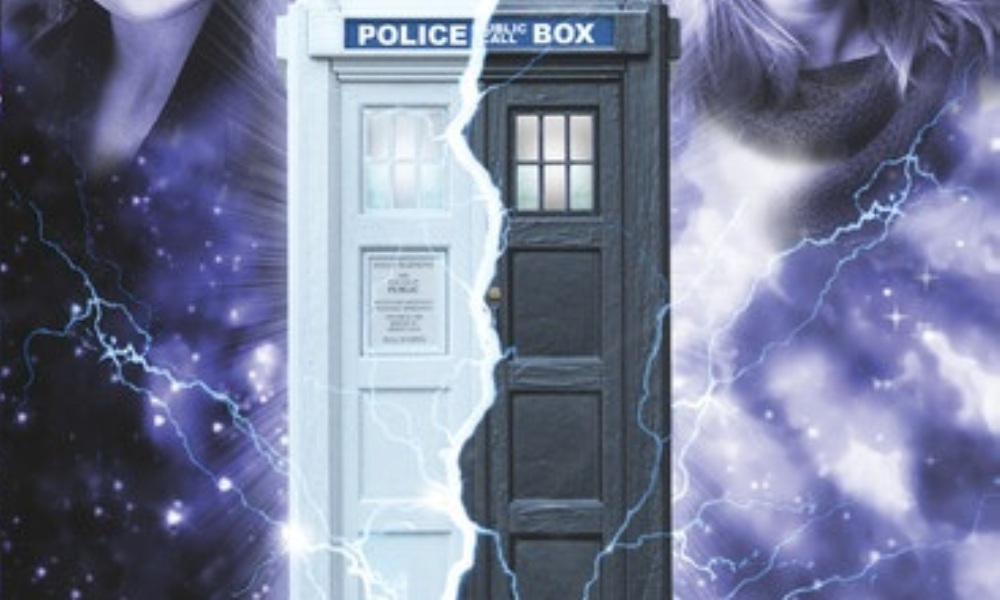 Another “Doctor-light” story, Black and White has a somewhat difficult remit: it must further the unfolding metastory encompassing the Seventh Doctor line at the same time that it tells a normal standalone Doctor Who adventure about Beowulf. Thankfully, Matt Fitton manages to accomplish both tasks, though they are perhaps not as well integrated as one might like.

Black and White opens with a recap of the end of Protect and Survive, as the black TARDIS materialised to rescue the denizens of the white TARDIS, leading to some confusion as Ace, Hex, Lysandra (previously seen in Project: Destiny), and Sally (previously seen in House of Blue Fire) attempt to figure out how they can all be the Doctor’s companions. Their dealings occupy the bulk of the first episode of Black and White, as they work together to piece together their shared history — the Doctor still nowhere to be found. We get to see how Lysandra and Sally joined the TARDIS crew in flashbacks, and both characters prove likeable pretty quickly; indeed, one starts to worry for their safety given their precarious narrative status. The immensity of the story we are starting to understand is fascinating, and it looks like there is still more to come.

Once that’s (kinda) sorted, the two TARDIS crews begin searching for the Doctor, and they end up doing so in two different groups: Ace is paired with Lysandra, and Hex with Sally (with whom he quickly develops a flirtation). The two pairs are searching for the Doctor in medieval Scandinavia, though they quickly grow distracted by their encounters with a warrior named Beowulf and an alien trader named Garundel. This plotline is also pretty enjoyable on its own terms, though there are times it felt a bit slight: Hex and Sally seem to wander around aimlessly while Ace and Lysandra actually discover things relevant to the plot.

This being Doctor Who, the story of Beowulf is not as simple as it seems. There’s no alien invasion here, though — it’s a tale of two men, and one’s attempt to be a hero, and another’s attempt to make everyone think that the first man is a hero. It’s surprisingly effective given the small canvas it has to play on thanks to big events taking up so much time elsewhere. Michael Rouse and Richard Bremmer do an excellent job of playing Beowulf as someone a bit dim, but quite well-meaning and cunning. I especially enjoyed Stuart Milligan’s appearance as “Garundel”; it’s a far cry from the Richard Nixon that he played on television in The Impossible Astronaut! Who would have thought that Beowulf’s great enemy was so… fabulous?

Sylvester McCoy has brief appearances throughout the whole play in a series of flashbacks establishing just what’s been going on for the past several releases. They’re small and often cute… but they also portend big things. The only one I didn’t enjoy was the one where he has to play tortured; McCoy isn’t quite up to the task, and the fact that the villain cackles maniacally like someone out of a bad cartoon doesn’t help.

When Black and White comes to an end, the story of Beowulf is over, but the bigger story is not. Why did the Doctor want the TARDIS to go there to begin with? What is his long-range plan? Why does he need four companions? There’s a lot that I look forward to finding out in Gods and Monsters, but the journey to get us there has been pretty good too.