Doctor Who: The Masters of Luxor review 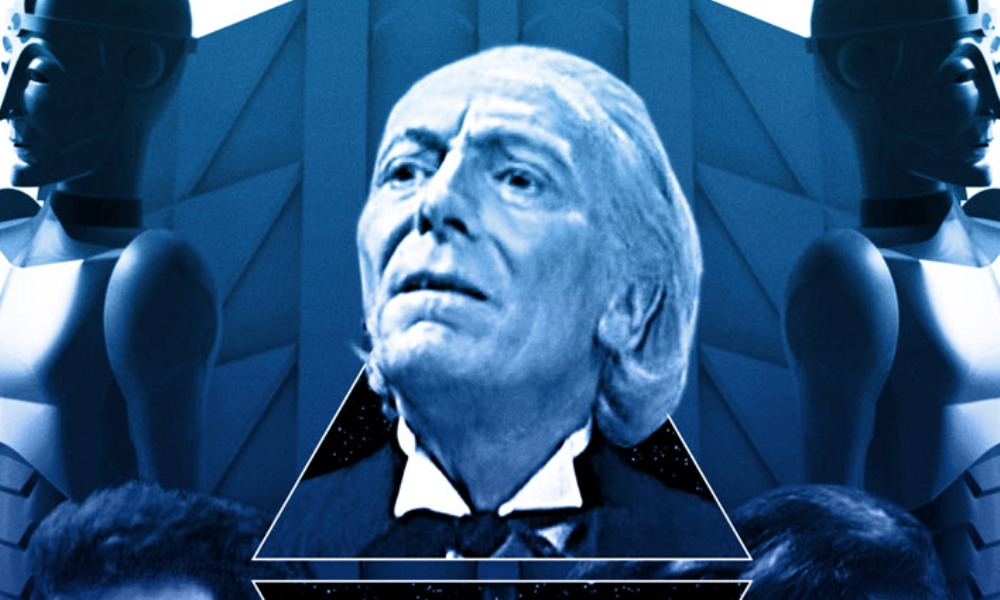 The Masters of Luxor could conceivably be called the first ever lost story in Doctor Who history. Written by Anthony Coburn, it was intended to be the second serial, ultimately rejected in favour of The Daleks (or The Mutants, if you prefer). For the next part of the third season of The Lost Stories, Big Finish has moved on from the Sixth Doctor and back to the First: Nigel Robinson adapts Coburn’s script, and William Russell and Carole Ann Ford perform it in a third-person “enhanced audiobook” format, in the style of 2010’s The First Doctor Box Set.

The first thing that strikes the listener of The Masters of Luxor is its amazing scale — a scale one suspects would have had to be rendered in a few model shots had the story been made in the 1960s. The story opens with the TARDIS being drawn off course by a mysterious signal, bringing it to a citadel on an unknown planet in a distant galaxy. The TARDIS even flies around this citadel, something we would only see in a scant few later stories, perhaps most notably Delta and the Bannermen and The Runaway Bride. The first two episodes, especially, give us a magnificent series of descriptions of this citadel and its environs, as Ian and Susan slowly explore it.

This sense of the TARDIS crew as explorers, one that pops up in the 1960s stories but not so much later material, is intrinsic to the opening episodes of The Masters of Luxor. The first episode, and much of the second, features the TARDIS crew on its own, pushing into the unknown. The cliffhanger of the first episode is an almost inspiring moment, hinging not so much on potential danger as the TARDIS crew’s decision that it is better to go forward than go back. Toby Hrycek-Robinson’s music is especially effective here; never has before has eating an apple been so dramatic.

The Masters of Luxor is a story of several distinct parts: from eerie explorations, we go to a robot’s need to be human, and then to the boundaries of ethical experimentation and scientific arrogance. Though no-one could accuse The Masters of Luxor of being fast-paced, it manages to keep moving and adding ideas, so that by its end, it’s telling a somewhat different story than where it started — and it keeps on adding settings as well, not spending all six episodes in the same corridors, as can sometimes happen. There are some interesting ideas about what it means to be human bandied about, even if ultimately they are undercut by a sequence where (as always) no-one knows how to program a robot that is not baffled by the concept of singing.

The narration and voices are ably carried by Russell and Ford, in the same format as their previous outing in The Lost Stories; Russell tends to narrate the scenes featuring Ian and the Doctor, and do their dialogue, while Ford does Susan and Barbara. They can recreate their own characters perfectly, of course, even managing to pitch their voices so that their dialogue sounds like their younger selves. They also recreate the Doctor and Barbara well; one wishes that we could have gotten some of these scenes with William Hartnell and Jacqueline Hill, but this works more than you’d expect.

Undoubtedly the story is enlivened by Hrycek-Robinson’s sound design; this is one of the most evocative releases that I can remember in a long time, with a beautiful ambience for the citadel, and every little movement perfectly created (except that there’s an irritating persistent beeping in the first TARDIS scene). His music is probably not what we would have gotten in 1963-64, but it adds a lot of energy to the story, and makes me regret yet again that the CD Extras for The Lost Stories never include scores for some reason.

While without The Daleks, I suspect Doctor Who would not have lasted more than a year or two at best, it’s never been a favourite story of mine: slow and meandering and dull, even by 1960s standards, except for the Daleks themselves. The Masters of Luxor has almost the opposite problem. The story is interesting and complex, but the aliens are the most generic of sci-fi humanoid robots. I may have been more gripped in the immediate, but it’s hard to imagine the Derivitrons ever as being as alien as a Dalek. Though it is an excellent audio release (in fact, I think it’s a better fit for the medium than Farewell, Great Macedon was), both me and Doctor Who are far better off that it was never produced.