Doctor Who: The First Sontarans review 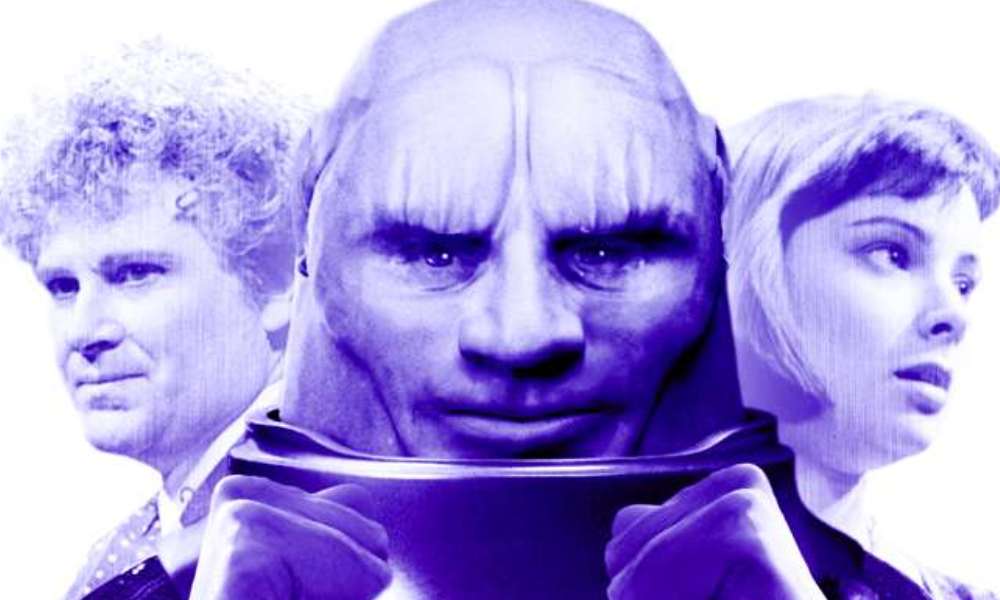 Though the subsequent Lost Stories featuring the First, Second, Fifth, and Fourth Doctors were enjoyable, the original series of Lost Stories featuring the Sixth Doctor was not exactly awe-inspiring. (Let’s not even talk about the Seventh Doctor ones.) So it was with some trepidation that I regarded the return of the Sixth Doctor to The Lost Stories, halfway through the third series. Even more trepidation when all three stories feature returning past elements: the Traken Union in The Guardians of Prophecy, Victoria Waterfield in Power Play, and the Sontarans in The First Sontarans. Where were the new and original concepts we missed out on?

Well, I don’t know about the other stories, but The First Sontarans is actually surprisingly original. It’s written by Andrew Smith, of 1980’s Full Circle fame, and it sees the Doctor and Peri coming up against the first Sontarans… but it’s no “Genesis of the Sontarans” story. It begins with them finding a beacon transmitting on the Moon in 1872, the year the Marie Celeste disappeared. Life in an English village turns out not to be very straightforward, and soon there’s shooting and shouting and all that good stuff.

And quite good it is. Though The First Sontarans is unlikely to top any polls, I suspect, it’s a solid adventure that does many of the things a Doctor Who story should. After a couple early scenes of setting up, there’s a real energy to the story. It zips along in such a way that I was sceptical any Colin Baker story actually would have. The surprises are especially well done — there are a number of good revelations here, and some interesting backstory is revealed, even though it’s probably been centuries since the Sontarans came into being.

There’s also some great performances. Colin, blah blah blah, Nicola, blah blah blah. No, actually, Peri gets to do a lot here, and again, you wonder if they actually would have done that in the 1980s or if she just would have whined while baring some cleavage, but it’s better to be inaccurate in this case, I expect. There’s also some good Sontarans from both actors: John Banks, a Big Finish stalwart, and Dan Starkey, who’s now played them tons of times, on the television series, in The Sarah Jane Adventures, and for Big Finish. Most of the guest performances were strong, actually.

The true highlight of the story is Anthony Howell as the friendly innkeeper Jacob. Howell is justly praised on the extras for his performance in Foyle’s War, and I loved him in Wives and Daughters, but I found his previous role in The Fourth Doctor Box Set profoundly disappointing. Well, no such problems here: Howell gives us a surprisingly complicated character, who though “nice” (as I think Ken Bentley describes him in the extras) has done some other things that are not so nice, and it’s completely plausible. There’s an emotional subplot about Jacob that is really well played and written, with some great scenes between him and Colin Baker — again, so great that it’s hard to believe we’d have actually gotten them on screen back in the day!

The First Sontarans does indeed scratch a continuity itch, but like the best of those stories, it does more besides, avoiding feeling overly “fannish” or pointless. With a story like this behind me, I might even tackle those other Sixth Doctor Lost Stories with a feeling of anticipation.

Jamie Robertson does his usually strong job on sound design, but I’d like to single out praise for his nicely militant Sontaran theme. Too bad The Lost Stories don’t include music suites!

(One mild disappointment that I do have is that though both the CD booklet and the extras mention that the storyline Andrew Smith submitted in the 1980s for Season 22 originally contained the Marie Celeste, at no point is it explained what role it could have possible played in this plot!)