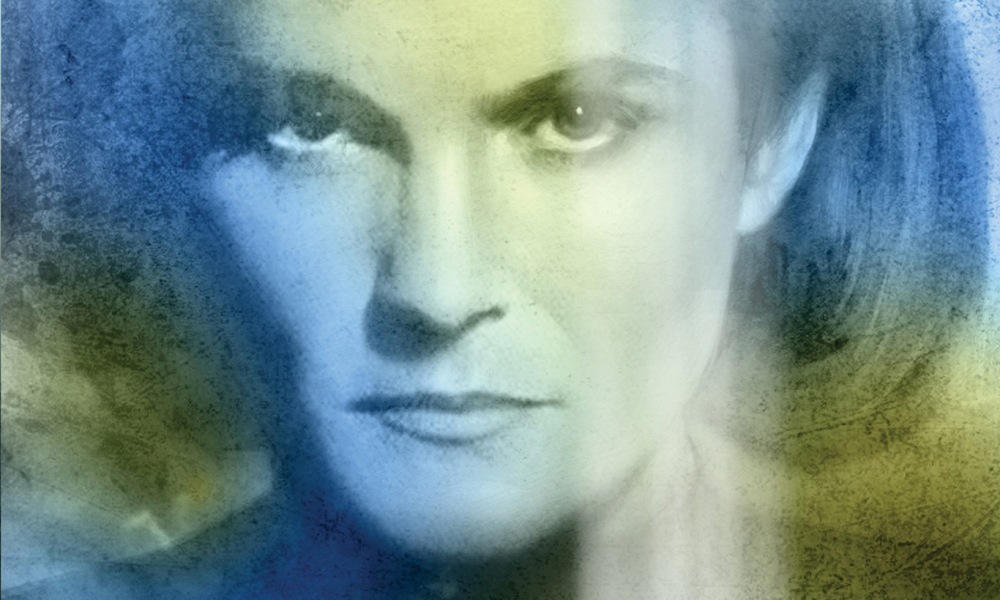 The Eternal Tide is Kirsten Beyer‘s fourth entry in the series of Star Trek: Voyager post-finale novels. Leaving two ships behind at New Talax to support Neelix’s new home, the rest of the Project Full Circle fleet is to examine former Borg territory, but when more and more information about her genome and origins come to light, fleet commander Afsarah Eden is persuaded by Hugh Cambridge, Chakotay and the Doctor to investigate further – so while most of the fleet go on the mission as planned, leading Chakotay to face a troublesome episode from his past, Eden, Cambridge and the Doctor head out on the Achilles to investigate Eden’s origins. Meanwhile, Q’s son is facing some unexplainable difficulties, and he’s sure there’s only one person who could help him…

I ended my review of the preceding Voyager novel, Children of the Storm, with the sentence “If someone had told me a few years ago that Voyager would be one of the series I look forward to the most when it comes to new releases, I would have pointed at them and laughed, but here I am waiting for Beyer’s next novel”, but after reading The Eternal Tide I fear I might have jinxed it. While it isn’t a bad novel by any stretch of the imagination, it certainly isn’t near being on par with its predecessor. That Beyer is a talented and gifted writer shines through almost all the time, but there are just too many things in this novel that bother me. And surprisingly enough it isn’t Kathryn Janeway’s resurrection per se that bothered me the most.

I think what actually did so was that at the end, it felt to me as if the series had returned too closely to the TV series’ status quo, and as a result I feel that the state of affairs is a lot less interesting after the events of The Eternal Tide than it was after Children of the Storm, and a lot of the good work done in the last few novels has been undone in the process. I’m aware that many of the characters Beyer developed over the last few novels ares still there even while several of the ships aren’t, but I doubt that Starfleet has the resources to replenish the fleet with new ships, so I fear that even if the characters return the fleet will have less diverse settings as a result.

Chakotay’s dealings with the remnants of the Collective from the third-season episode Unity were interesting and well written, but like many things in this novel it felt a bit shoved to the side once the Eden/Omega plot kicked into full gear, and even that felt rushed, almost if there was a limit on female characters in commanding positions and for Janeway to return, Eden had to go. The story about Eden’s origins and ultimate fate is really interesting and deserved to be fleshed out more, not finished in the same novel that was starting to get to grips with it. The more interesting move – if you really feel the need to resurrect Janeway – in my opinion would have been to have both Eden and Janeway around, especially since I don’t see yet why it was necessary to bring back Janeway beyond her role in this novel, if all she does is pretty much swapping places with Eden.

Granted, the whole Janeway/Chakotay relationship hasn’t been explored in depth yet, but to be honest it’s not something I really look forward to, for several reasons: I never saw any real chemistry between the characters in the first place; I feel as if Chakotay already was robbed of some of the improvements to his characterisation Beyer was able to implement in previous novels after reuniting with Janeway; and thirdly I have a nagging fear that writing Janeway/Chakotay is Kirsten Beyer’s kryptonite. Her short story Isabo’s Shirt a few years ago was pretty much a pure J/C shipper story and for me it was one of the worst pieces of Trek literature since the Marshak and Culbreath novels. Add to that that the J/C scenes both here and in Full Circle were among the weakest of the respective novels in my opinion, and you can see where my fear is coming from.

Getting a bit more into the characterisations: aside from the fact that I felt Amanda Rogers got the short shrift by being re-introduced, killed and forgotten within a relatively short time, I really liked how Beyer handled the Q. She captured the dynamic between Q, Q junior, and Lady Q really well, and the final outcome of their storyline is more fulfilling than Eden’s. Another character-driven scene I liked was the scene between Barclay and O’Donnell at the reception; I hope there will be more stuff like that in future novels since those little tidbits were too few and far between for my taste in this novel. One thing out about the characterisations is how nonchalantly most of the crew seem to deal with the return of Janeway. Instead of really having an emotional impact, most of them seem to just accept it and go on as if it was the most normal thing in the world for her to return. As well as Beyer handled them dealing with her death in previous novels, how she handled them having to deal with her resurrection made me scratch my head a bit. Overall the characterisations for the characters are good beyond that, even if almost everyone gets sidelined a bit by the returning Janeway. I hope that’s only because this was her comeback and that Beyer will let other characters shine more again in future novels.

All in all The Eternal Tide is an average novel. There’s a lot of potential shining through, but too many distracting flaws to bring this novel to the same quality level as Children of the Storm. I still look forward to Beyer’s next Voyager novel, assuming there will be one, but to say again that “Voyager [is] one of the series I look forward to the most when it comes to new releases” would sadly be reaching a bit too high after The Eternal Tide.

The Eternal Tide (by Kirsten Beyer) was released by Pocket Books in August 2012.