Doctor Who: Trail of the White Worm review 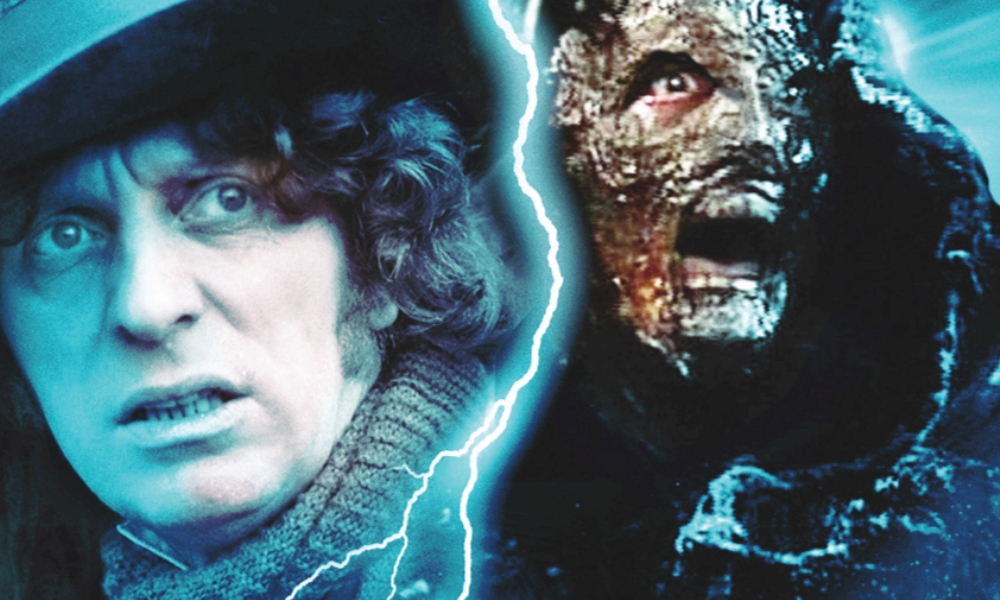 The Master is back! Okay, so I might complaining about things from the show’s past, but the return of the Master is something I can get behind. Geoffrey Beevers hasn’t appeared as the Master in nine years now, so one can hardly accuse Big Finish of overusing him — and that’s a shame, since a man with the voice of Geoffrey Beevers deserves to be overused.

Trail of the White Worm brings the Doctor and Leela to 1970s England again, where Alan Barnes’s script puts them almost immediately on, well, the trail of the white worm. It seems that some kind of giant worm has been eating local cattle, and now it’s taken a girl. But what does all this have to do with Colonel Hugh Spindleton, an ex-Army officer with his own personal tank, helicopter, and a mysterious scarred manservant?

Like many of Big Finish’s one-disc adventures, The Trail of the White Worm is good, but too short for its own good. There’s an awful lot of setup and not a lot of payoff; once the Doctor discovers what’s going on, there’s about ten minutes left in the play, so none of the interesting ideas these revelations introduce can really be used to any purpose. The story ends of a cliffhanger, but next month’s The Oseidon Adventure is its own story, not a continuation of this one. Which is a shame, as there’s some rather nice twists and turns in this one — Barnes’s imagination is as fertile as ever.

The Doctor and Leela seem to take a bit of a backseat in this story, spending most of their time reacting to the actions of others, but of course both Tom Baker and Louise Jameson are as splendid as ever. Though the “angry villagers” guest characters don’t really distinguish themselves, the rest of the guest cast is quality. Rachael Stirling’s Demesne Furze is a charming delight, sparking brilliantly off Tom Baker in particular. And Michael Cochrane, who seems to have made a career of playing crazed military men (in Sharpe, in Ghost Light, and in Big Finish’s own No Man’s Land) plays the type brilliantly here once again. Colonel Splindleton is the fun sort of villain: you want to laugh at what he says, but it’s really quite terrible.

The highlight is, unsurprisingly, Geoffrey Beevers’s return as the Master. He sounds just as silky and evil as he did nine years ago in Master, not to mention 30 years ago in The Keeper of Traken. One wishes that he had more scenes shared with the Doctor and Leela, for his every line oozes menace, even the most banal.

The cliffhanger is okay — one feels like it should have come about 30 seconds later once one hears the beginning of The Oseidon Adventure — but it unfortunately signals a change of gears. The Trail of the White Worm was good old-fashioned fun, and one only wishes it could have been a bit more developed.

Trail of the White Worm (by Alan Barnes; starring Tom Baker, Louise Jameson) was released by Big Finish Productions in May 2012.