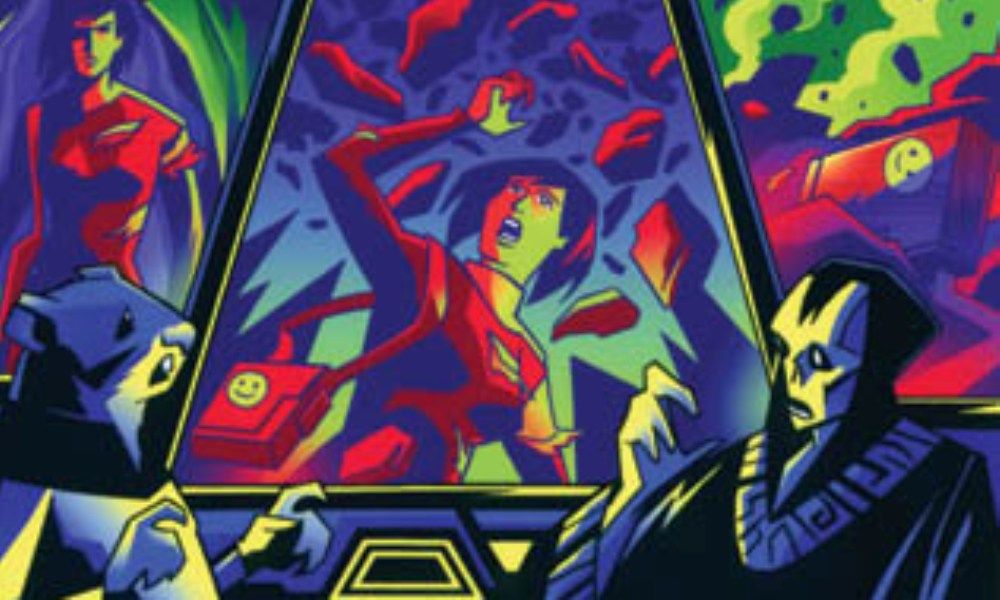 Once you get past the sheer awfulness of The Heart’s Desire, Season Six of Professor Bernice Summerfield is shaping up to be a strong season. We had the good The Kingdom of the Blind, the great The Lost Museum, and the fourth release, The Goddess Quandary is another solid release. While Andy Russell’s script packs few surprises, it’s a well-executed variation on the usual setup of the series.

Interestingly, the frame story for The Goddess Quandary picks up after that of Death and the Daleks. That story was framed as a story that Bernice was telling to an audience of students at the Braxiatel Collection, some years after its events took place. The Goddess Quandary picks up from that by having Parasiel — one of Bernice’s students who has appeared in the books A Life Worth Living and Something Changed — ask her to tell him another story: what happened to Braxiatel. Bernice replies by telling him a story that doesn’t answer his question at all.

It concerns Bernice’s visit to space monastery to excavate an ancient spaceship, sponsored by some creepy monks who need attention or something. You know, the usual stuff. Much of the story’s entertainment value is provided by Duncan Wisbey, who plays all of the monks in a cost-saving move that actually works quite well.

Extra flavour is provided by the appearance of Ker’a’nol a.k.a. Keri Pakhar. Though she appeared in several New Adventures that I haven’t read, she previously appeared in the Bernice range some seven years prior in the freebie Buried Treasures. In that story she was voiced by Sarah Mowat and sounded like a normal person except for her habit of ending every sentence with “yeah?”; now she’s played by Jane Goddard doing the same squeaky voice she did in Bang-Bang-a-Boom!. The marked change in performance is actually a good thing; the entertainment value of Pakhar characters is that they are space hamsters, and in audio that doesn’t really come across if you don’t do the voice.

The Goddess Quandary is never amazing, admittedly, but it’s also not bad — it’s a solid adventure for our favorite archaeologist. But the frame story indicates that big changes are coming, and I can’t wait…