Doctor Who: The Jupiter Conjunction review 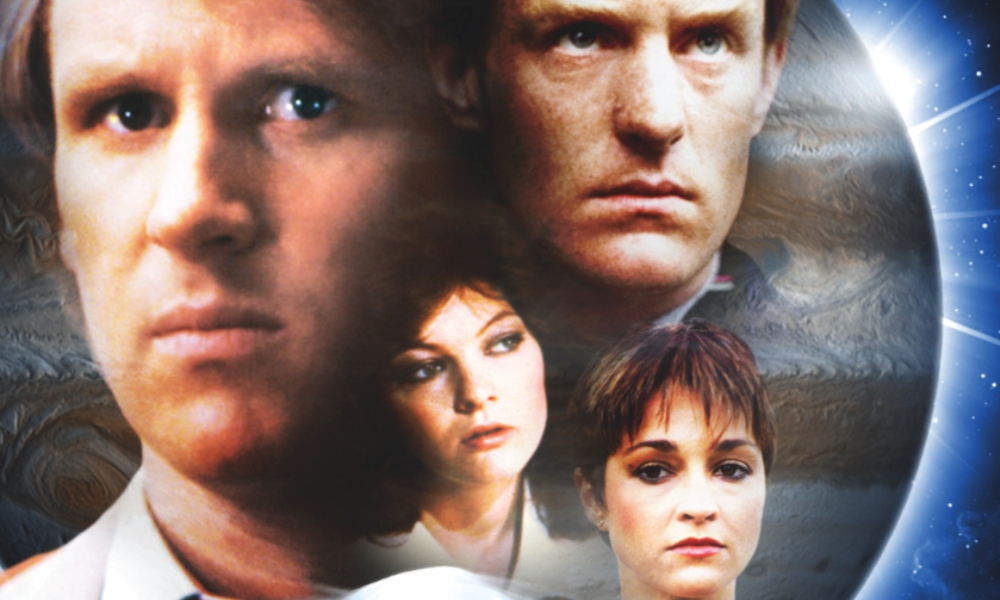 Though I enjoyed Big Finish’s first trilogy that reunited the Fifth Doctor with Nyssa, Tegan, and Turlough (Cobwebs, The Whispering Forest, The Cradle of the Snake), it didn’t push its TARDIS team into must-buy status for me, and thus I gave a miss to the second trilogy — and I’d intended to do so to the third.

But there I was, reading reviews for The Jupiter Conjunction, a release which had been overshadowed in my mind by the fact that Big Finish was bringing back Magnus Greel in a prequel to The Talons of Weng-Chiang in the final instalment of this trilogy. As usual, I had grumbled sight unseen about the return of yet another villain from the Hinchcliffe/Holmes era; I’m still waiting for Kandyman II: Sweet Revenge. Anyway, many of the reviews of The Jupiter Conjunction were saying that it was a nice, solid story, the sort that wouldn’t knock the world over but perhaps was the kind of thing Doctor Who should generally aspire to.

So this made me feel a bit guilty. Here I am, grumbling about returning monsters, saying Big Finish should just take its quality writers and turn them loose on good stories, and I was skipping over The Jupiter Conjunction because nothing about it seemed noteworthy enough! And it’s written by Eddie “Clever Ideas” Robson, who has been responsible for some of my favourite Big Finish stories and Bernice Summerfield and the Criminal Code. Why was I skipping it?

I reported all this to my wife, who said, “Well, you should buy it then”. It’s not often that one’s wife tells you to spend money on Doctor Who audio dramas, even if one’s wife enjoys listening to them in the car with you (a hardcore Charley Pollard fan, she is, and if that doesn’t prove I married the right woman, I don’t know what would), so I took that as a licence to pick it up right away. (Along with LIVE 34 and Professor Bernice Summerfield and the Goddess Quandary, because, um, it makes the shipping better, I’m sure. Always upgrade your licence if you think she might not notice.)

Well, all of this to say is that the anonymous folks who bounce around Gallifrey Base and type up thoughts on audio dramas were basically right. The Jupiter Conjunction is a nice little story. It has at its core the sort of cool science-fiction idea we look to Eddie Robson for: it takes place on a comet whose orbit swings between Jupiter and Earth on a regular basis, and so it is employed as a particularly cheap form of transportation. All you gotta do it plop down a colony dome, wait a few years, and presto! (It seems to be set in the same general space future as Robson’s own Phobos.)

The setting is perhaps the coolest part of the story, and not only is it cool, but Robson actually manages to do quite a bit with it that you couldn’t do with any other setting; this is no generic base-under-siege story. It’s not the only cool part of the story: we also get the Doctor suspected of a terrible crime — and actually put on trial for it for once! Which means we get a lot of Peter Davison being very put-upon and sarcastic, and I have to say that that is one of life’s little pleasures.

I have to say, I really should buy more releases featuring this TARDIS team, as they’re everything I love in an ensemble cast. They complain, but they pretty clearly all like each other; they have their own strengths, but they work together well as a team. One can’t imagine anyone else reacting quite like Nyssa does when she discovers she’s the victim of a holdup, for example, and Turlough gets some nice and juicy material, too. It’s a good showing for all four of them, and as always, Big Finish shows it to you how the TV show should have showed it all along; shame Eric Saward could never figure out what to do with four main characters, because that never slows Big Finish down.

The Jupiter Conjunction isn’t flawless — there are some rather over-the-top performances in the end, I think — but it’s a solid, interesting release that manages to blend interesting ideas with a well-used TARDIS crew. Actually, now that I think about it, it doesn’t owe something to Saward so much as Christopher H. Bidmead: science used to awe the audience, but also actually interested in all of his protagonists. Which isn’t a bad template to follow if you believe that Castrovalva and Frontios are among the heights of the Davison era (I do). Go pick this one up if you like your Doctor Who smart, devoid of returning monsters, and Steve’s-wife-approved.