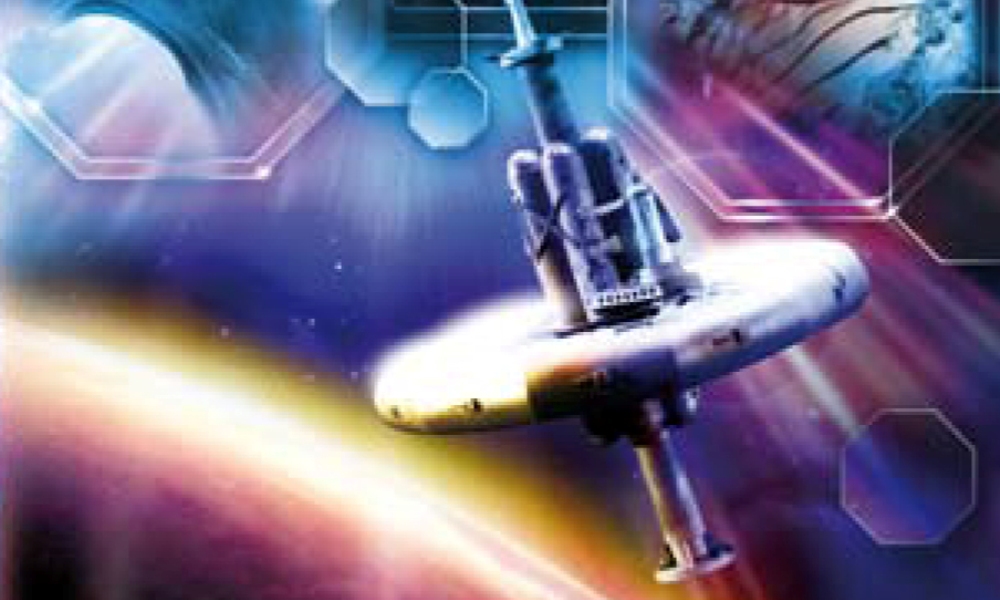 According to Big Finish, it’s Saturday teatime in 1977 all over again: Tom Baker is finally playing the Doctor on audio. I don’t know how fussed I am about this, having never experienced a Saturday teatime in 1977 or any other year, nor having any particular affection for Tom Baker’s version of the Doctor. I mean, he’s good, but he’s no Patrick Troughton, Paul McGann, or Christopher Eccleston, is he? Having a whole new range of Doctor Who stories being marketed on pure nostalgia (Nerva and the Daleks and the Master and the Kraals!) seemed like a misstep to me, but I was curious enough that I decided to listen to the first series at least.

Nicholas Briggs launches the new Fourth Doctor Adventures with Destination: Nerva, picking up right from the end of The Talons of Weng-Chiang. Almost too much right from the end; Big Finish claims to be recreating the era to an extent that they never do with their other lines (bar The Lost Stories), but to open with all this continuity feels as about as un-1977 as you can get. I have mixed feelings about the return to Nerva: it reeks of fanwank, but on the other hand, Nerva is one of the very few settings that actually was revisited at the time.

In the end, of course, continuity is all about what you do with it, and unfortunately Destination: Nerva doesn’t do much with it; barely any of the story is even set on Nerva. After encountering a battle between aliens and Victorians in England, the Doctor and Leela travel into the space future to find a mysterious ship infecting the crew of Nerva Dock. Repeating a problem that infected many of the early Companion Chronicles and New Eighth Doctor Adventures, I found myself at the halfway point of this two-part adventure and nothing had happened. Like, literally: the Doctor and Leela had had a couple awkward conversations with authority figures and a bunch of people had acted stupid.

Though Sword of Orion, Embrace the Darkness, and Cyberman show that Briggs can do good quality space adventure, sometimes he defaults to a low quality setting that drives me up the wall, as in Wirrn Dawn and Return of the Krotons. All the characters in this story are incredibly generic types: the distrustful authority figure, the plucky new recruit, the jaded old grunt. It’s like a less complex version of Resurrection of the Daleks, if you can imagine that. The only character to remotely achieve any substance is Doctor Foster, Nerva’s medical officer, and that’s down to the performance of Raquel Cassidy (the second best thing about The Almost People), not the incredibly bad writing where at the exact moment the character needs to demonstrate some depth she starts talking about her dead daughter for no reason.

At least Tom Baker is good. I acclimated to his aged voice during The Lost Stories: The Fourth Doctor Box Set, and so what’s here is just goodness. Briggs peppers the script with perhaps too many obviously “goofy” moments, but Baker makes them work as well as you can imagine. Louise Jameson is even better, feeling like she’d never been away. Leela was always one of my favourite companions, but Big Finish’s stories are threatening to propel her to greater heights.

In the extras to Destination: Nerva, Briggs is very enthusiastic about his idea to see what the Victorians would be like in outer space — how could that cause us to see them differently? It’s been done better before and with much greater insight… in 1897, in The War of the Worlds. But that’s appropriate, as nothing in this story hasn’t been done better before. It wants to be a “greatest hits” for the Fourth Doctor, I think, but Big Finish has never fallen back on such a tactic before. Even when Briggs last launched a new line and received some criticism, with The Sirens of Time, he was at least trying to do something new and different…