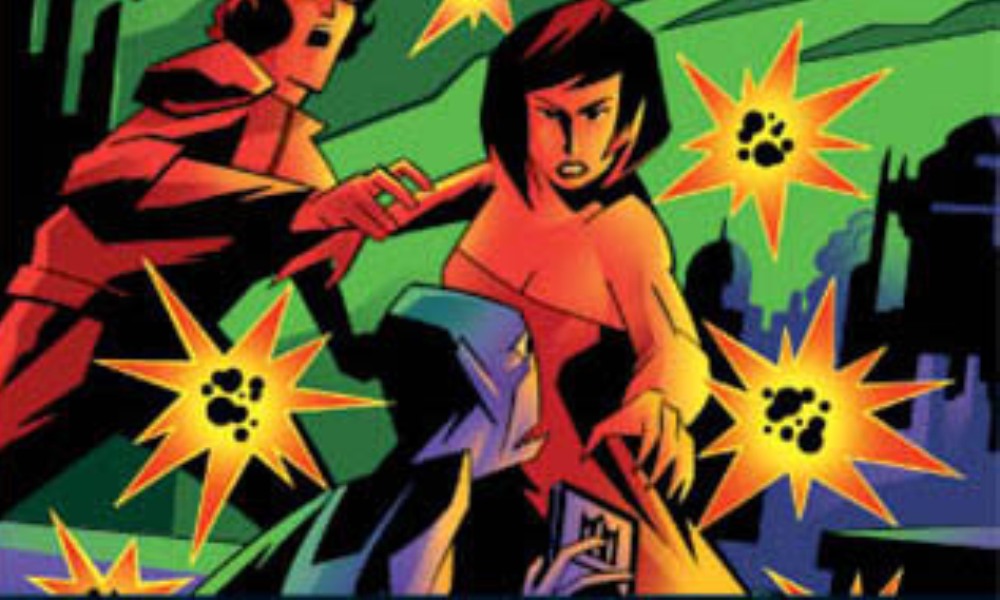 One of the things that I like the most about the Professor Bernice Summerfield series is that it’s about an academic. I mean, it’s right there in the title: “Professor Bernice Summerfield”. But this element of the character and setting has been most thoroughly explored in the anthologies like A Life Worth Living and Something Changed. The audios, which never have more than a scene or two set on the Braxiatel Collection, tend to be more action-oriented. But The Lost Museum is written by Simon Guerrier, who edited both of those anthologies, and in it he manages to blend the academic sensibilities with the action-adventure ones.

Of course, as an academic myself, I’m prejudiced in favour of these things, but I also think that there are some genuinely interesting issues to be explored. The Lost Museum takes Bernice and Jason to Trib City, which has recently been invaded by a military struggling to maintain its grasp with all the local factions rising up. Bernice is there to help assess the damage at the Trib Museum, one of the most important museums in this sector. (Jason is there for moral support.) Bernice must confront the horrors of war and dictatorship — always one of my favourite themes in Bernice stories — but also her own ideas of what a museum is and what it does.

The Lost Museum namechecks both Walter Benjamin and Michel Foucault, but it actually engages with the idea of museum theory, too. What kind of stories do museums tell? Who are they for? How do the rulers of society use them? And how do those who wish to propagate knowledge pursue their goals? All these questions are taken in by the play, but it never feels talky or dull; these questions aren’t abstract, but have real repercussions for what happens.

Guerrier keeps things moving along at a lively pace; right from the beginning we’re thrown into the situation, as Benny and Jason are greeted by General Markwood, the leader of the occupying force. There are a couple good action set-pieces, too (no mean feat for audio), including the one on the cover where Benny pursues a local through the city wearing nothing more than a towel!

I think there might be a dodgy bit of continuity, which is probably the only thing I can complain about here. Benny doesn’t believe that Bev Tarrant is dating Adrian Wall, but she clearly knew that was the case at the end of the anthology Collected Works, which leads right into this story.

I always praise Lisa Bowerman in these reviews, but this story gives her more to do than most. Benny is put through a rough time, both physically and ideologically, and Bowerman rises to the occasion as ever. Stephen Fewell has more to do than he usually does, too; even better than in The Kingdom of the Blind. First off, Guerrier writes a smart, compassionate Jason Kane, the character at his best, but not neglecting his shadier or weaselly aspects (there’s even a mention of the clones he made in Sex Secrets of the Robot Replicants!).

Second, to avoid hiring another actor (acknowledged with quite a good joke within the story itself), the translator Benny and Jason use to understand the local languages has been programmed with Jason’s voice, meaning Fewell plays all the locals. Though this just requires him to speak monotonously, it’s put to quite good effect: there’s a sequence where the locals recite a series of tragedies that have been wrought upon them, and the monotonous voice describing these awful events actually makes it more chilling. A nice coming together of good writing, good acting, and good sound design.

Indeed, Simon Robinson’s work on this story is one of the more distinctive recent efforts, featuring good sounds for the myriad complicated environments of the play, and also an interesting electronic-sounding music score.

The guest characters in this release, General Markwood and Director Enil, are both interesting, though Claire Carroll perhaps doesn’t get much to do with Enil until late in the play. But Stephen Chance (Nimrod in Big Finish’s “Project” audios about the Forge) puts in quite a good turn as Markwood, a complicated character. Perhaps too complicated — when Benny and Jason are writing him off, it’s already obvious to the listener that there’s more to him than they think!

I could go on, I suspect. The Lost Museum is everything a Bernice Summerfield play should be: funny, thoughtful, action-filled, character-driven. In a range that usually delivers quality, it still stands out. It’s Simon Guerrier’s first contribution to the Bernice audios, but it’s not his last, and he’ll also go on to take over as producer with the next season. I look forward to hearing what he does with it.