Professor Bernice Summerfield and the Kingdom of the Blind review 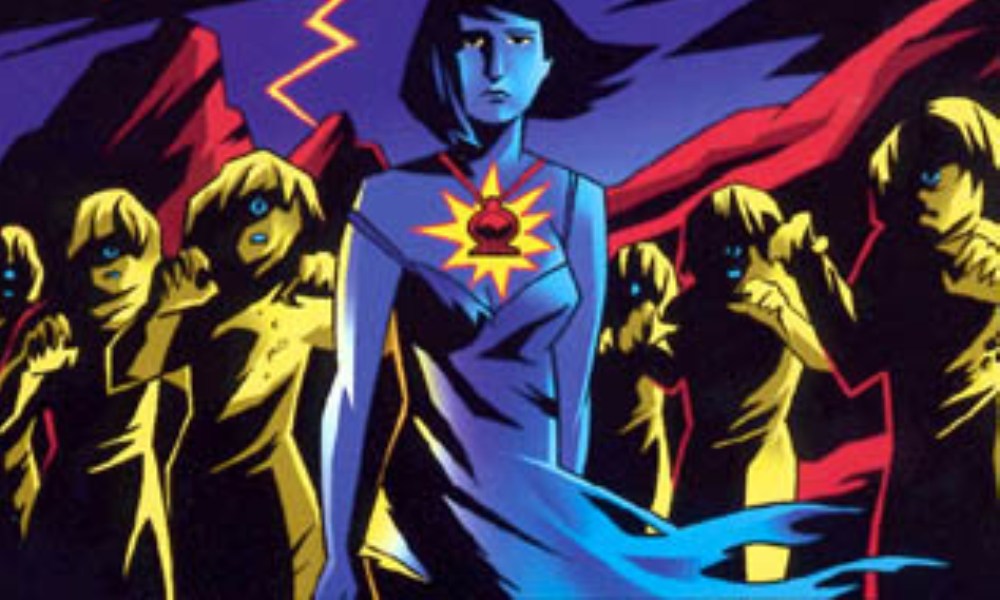 Like last season’s The Relics of Jegg-Sau, Professor Bernice Summerfield and the Kingdom of the Blind features a monster that I don’t exactly take seriously: the Monoids, who menaced William Hartnell and Dodo in Doctor Who: The Ark back in the 1960s. With their Beatles haircuts and eye-in-mouth, they have a striking, off-putting design, but they’re not exactly heavy-hitters. Perhaps because of that very reason, Jacqueline Rayner, however, delivers a harrowing script.

The Kingdom of the Blind isn’t as much of a gruelling experience as The Relics of Jegg-Sau, but it still puts Bernice through her paces. When the story opens, Bernice steals Braxiatel’s personal shuttle under the influence of alien mind control and takes off for parts unknown, injuring Jason in the process. There she meets the woman she’s been telepathically communicating with, 26, a slave of the alien Monoids.

The story turns out not be a jolly romp, but a cruel tale of oppression. The Monoids’ fear of their own inferiority causes them to enslave others, and like any oppressors, they come up with facile justifications to do so — and enforce them with great violence. But their slaves turn out to have problems of their own. Rayner’s script tackles the issues in a good, SF way, which I enjoyed. It also sets up the events of The Ark, even if that story is billions of years in the future.

It’s a solid production all around. Jason is well-depicted for once, Rayner being the one writer for the series other than Dave Stone who likes him, and the only one who takes him seriously. It’s nice to see them working together on an adventure without an inordinate amount of bickering. Simon Robinson’s sound design matches the grimness of Rayner’s script; I especially liked his work on the telepathic communication, which was very atmospheric. And the acting is quality: Lisa Bowerman and Stephen Fewell know these characters like the backs of their hands, of course, but Caroline Morris (Erimem in Doctor Who) puts in an excellent guest turn as 26.

It’s not as involving as The Relics of Jegg-Sau, but The Kingdom of the Blind is another example of an interesting new take on a Doctor Who monster, and better than it has any right to be.

Professor Bernice Summerfield and the Kingdom of the Blind (by Jacqueline Rayner; starring Lisa Bowerman) was released by Big Finish Productions in July 2005.