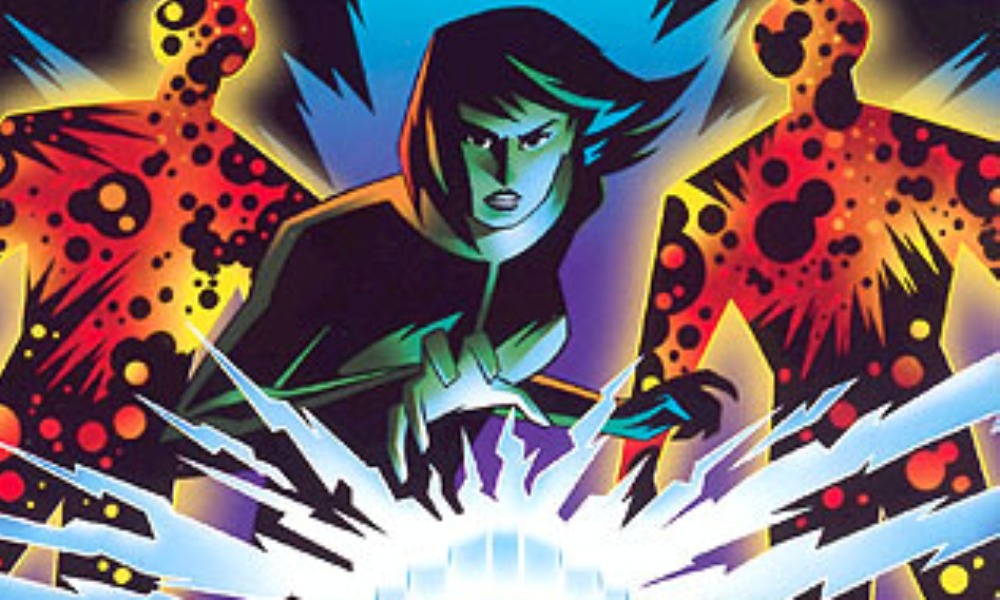 This review features some unavoidable spoilers for the first two-thirds of Professor Bernice Summerfield and the Heart’s Desire. I usually avoid any substantial giveaways in my reviews, but I don’t see a way that I can discuss this story without them.

In (I think) 24 releases, Bernice Summerfield has been trapped in fictional realities two previous times. Her very first audio drama, Oh No It Isn’t!, took place in a pantomime world, and the most recent story, The Masquerade of Death, flung her into a play of sorts. The Heart’s Desire does something similar. Bernice lands on Marlowe’s World, a planet of hard detectives and gangsters, trying to find the clue she needs to stop the Braxiatel Collection from being destroyed by a rogue pulsar. She turns out to be in a very poorly-written detective story, filled with clichéd performances.

This goes on for a while, but it all turns out to be unreal, a creation of the Eternals from the 1983 Doctor Who story Enlightenment (this time’s unlikely returning monster). Even if putting Bernice into a fictional world two releases in a row wasn’t excessive, the fact that The Heart’s Desire is so terrible makes it worse. There’s nothing humorous about Lucy Beresford’s acting as Topsy Turve… it’s just one of the most frustrating listening experiences I’ve ever had. It doesn’t help that Gary Russell’s direction and David Darlington’s sound design completely fail to add any sense of urgency to the play’s scenes; the sound is so subdued in some of the action scenes that it’s difficult to tell that any action is happening.

Also, the way that Bernice realises that she’s being conspired against in some way is complete nonsense. She realises a character knows something she never told him… but that piece of information is public knowledge — and the character says he’s been doing his research! Not to mention that the Eternals here don’t seem to have much in common with what we saw in Enlightenment; indeed, this story seems to completely miss the point of that one. “Enlightenment was the choice,” indeed.

Revealing that your terrible story was deliberately terrible does not make your listener gracious that they had to listen to something terrible; it’s made worse when what comes after the reveal is not actually any better. The Eternals squabble between each other, as they are apparently playing a game with rules so ill-defined that I’m not sure what any of it is meant to accomplish. Then something happens? The (deliberately (I hope)) awful performances don’t help things; the usually dependable Conrad Westmaas (C’rizz in Doctor Who) fails to come through, and neither does anyone else not played by Lisa Bowerman.

The Heart’s Desire is by David Bailey and Neil Corry; Corry is a Big Finish newcomer, but Bailey wrote three previous Bernice Summerfield audios: The Secret of Cassandra, The Skymines of Karthos, and The Poison Seas. Only one of those three was any good, and The Heart’s Desire isn’t, either. This is the worst Bernice audio in over a season… since the last one Bailey wrote, actually. Thankfully, this is the last time he ever writes for the series.