Professor Bernice Summerfield and the Relics of Jegg-Sau review 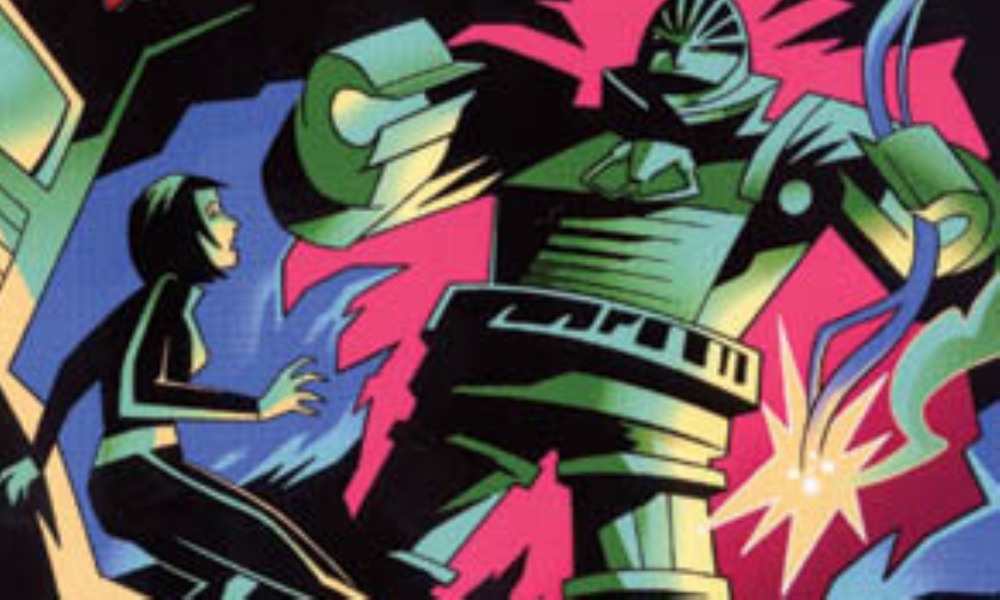 Okay, so this season, Benny has faced two monsters from the spin-off media: the Grel and the Galyari. For the third release of the fifth season, it’s a monster from the parent show, but perhaps not one you’d expect: K-1, a.k.a. the Giant Robot. Appearing in just Tom Baker’s debut Robot, the titular character was not one of a race of evil conquerors, but a lone and lonely creation, destroyed at the story’s end. Nevertheless, Stephen Cole brought back the Robot for Professor Bernice Summerfield and the Relics of Jegg-Sau, where she runs afoul of one after crash-landing on an alien planet.

Despite its seemingly-goofy premise — the Robot’s limp wrists and skinny legs didn’t exactly put it at the top of the monster pantheon — The Relics of Jegg-Sau is actually a fairly grim story. It opens with Bernice imprisoned by the Robot, as she tells the story through flashbacks. And those flashbacks begin with her crashing on an alien planet, rescued by two very strange people: the explorer Kalwell and his daughter Elise. Despite have been trapped on the planet for years, neither is in a hurry to be rescued.

Relics is one of those stories where though it’ll never be in someone’s Top Ten, everything comes together perfectly. David Darlington is on sound-design, as always, and he easily creates a bleak atmosphere. Bernice is really put through the wringer here, emotionally, and you feel it the whole way. Lisa Bowerman gives her usual excellent performance, and she’s joined by a cast without a single weak link. Paul Shelley is good as Kalwell, but I particularly enjoyed Katherine Holme as Elise, who engenders your sympathy, but puts you off a bit.

The star of the piece, though, has got to be Michael Kilgarriff, back as the Robot three decades later. He’s a joy to listen to, thorough and efficient and rich, with just the right amount of character in his voice. I think his performance is easily overlooked in all the bustle of Robot (plus there’s that awful costume), but not so here.

Relics is a good story, too. Bleak, but unlike in The Draconian Rage, that bleakness seems to have a purpose. This is a story of desperation and greed, and the things people tell themselves to make it okay to do what they want. Bernice can be a selfish person at times, and we see that selfishness exposed and raw here. The last ten or 15 minutes are especially harrowing — but also completely gripping. I couldn’t believe it when the story ended, but it ended at just the right spot.

While I’m praising this release, a word in favour of Adrian Salmon’s excellent cover, which makes the Robot actually look scary! (Note the lack of limp wrists and skinny legs…)

Going into The Relics of Jegg-Sau, I wasn’t expecting terribly much. I mean, it’s a sequel to Robot, of all things. But this is an entirely different story, one that would work completely on its own without Robot standing behind it. Given its provenance, this is a story that’s better than it has any right to be.

Professor Bernice Summerfield and the Relics of Jegg-Sau (by Stephen Cole; starring Lisa Bowerman) was released by Big Finish Productions in November 2004.