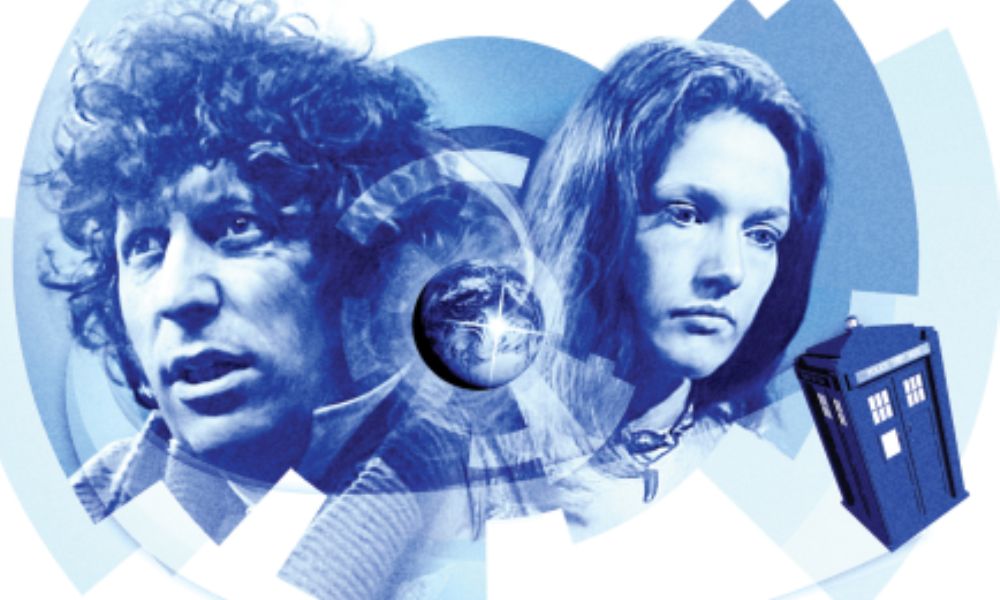 The third season of Doctor Who: The Lost Stories takes a breather for The Fourth Doctor Box Set, which contains two unmade Tom Baker adventures: Robert Banks Stewart’s The Foe from the Future, completed by John Dorney, and Philip Hinchcliffe’s The Valley of Death, completed by Jonathan Morris. With a six-parter and a four-parter, that’s a whopping ten episodes across six discs! (There is, of course, the traditional egregious disc of extras.)

I’m not the biggest fan of Robert Banks Stewart’s televised Doctor Who stories. Terror of the Zygons left me cold, and though I thought the first two episodes of The Seeds of Doom were terrific, some of the best base-under-siege the show has ever done, then they go to England and it all gets a bit silly. The Foe from the Future is a storyline that Stewart submitted, but it ended up not being made and the seminal The Talons of Weng-Chiang was made instead. The only real similarity The Foe from the Future has to Talons is the one in its title: the bad guy is from the future. It’s set in 1977, and the Doctor and Leela discover that people are disappearing near a mysterious mansion…

Like The Seeds of Doom, The Foe from the Future’s first two parts are very different from its last four. The first two episodes see the Doctor and Leela running around an English country village at night, talking to a reclusive lord and his obsequious butler, facing grotesque murder attempts, strange statues, single-minded policemen, and shifts in time and memory. It’s surreal, spooky stuff. Less than halfway through, though, The Foe from the Future shifts focus, and it’s never quite as successful as it was in the beginning. At that point, it’s not too difficult to put everything together, and we go from off-kilter suspense to an awful lot of corridors. It’s never not entertaining, though, especially the travails of Charlotte From The Village, and there’s some good comedy with a training camp.

The performances are solid all around, but special favourites were Louise Brealey as the aforementioned Charlotte, and the funny Blake Ritson as Inspector Shibac. But the definite standouts were the dual villains of the story: Paul Freeman as Lord Jalnik and John Green as his butler, Butler. You gotta love a creepy double act.

Less successful is The Valley of Death, which former producer Philip Hinchcliffe apparently submitted to the production team during the Romana years, though in the extras, it’s indicated that Hinchcliffe considered it for Season 15, if he’d stayed on board. They point out that it feels like something from the Graham Williams years, and while it’s not quite Season 17, they do have a point. The story opens with the Doctor and Leela joining an expedition to investigate a lost Victorian explorer, a hundred years later. It’s all over the place, and before you know it, they’re in the South American jungle, and then space. It wants to zip along, but it crawls, and none of it ever really hangs together. There are some interesting ideas at the beginning, but they’re discarded pretty quickly in favour of ideas that anyone who ever watched any Jon Pertwee story ought to be familiar with.

I did appreciate the continuation of the old 1970s standby: the Brigadier-less UNIT story that utilises a completely lame replacement. And I do have to admit that there’s some good twists in Part Four.

I was initially excited to see Anthony Howell in the cast, a favourite of mine from Foyle’s War and Wives and Daughters. He would seem uniquely suited to the role of a man searching for his Victorian explorer great-grandfather, having played a Victorian explorer himself in the latter series. Unfortunately, he’s terribly underutilised here, being mostly a gormless companion for Leela.

Across both stories, however, the main cast impressed. Tom Baker wasn’t always able to deliver the quips very naturally, but after a couple episodes, I had already acclimated to his aged voice. However old he sounds, he’s still quite clearly the Doctor. My favourite Doctor moment across the two stories comes from the top of Part Six of The Foe from the Future, where he gets to be fantastically Time Lord-y. The true standout of these stories, though, is Leela. Louise Jameson always had it and has never lost it; her Leela is every bit as vibrant and feisty as she ever was. She gets to be even better, though, because Dorney and Morris write her with more care than she sometimes got in the 1970s. She rarely slips into a generic companion role, and is allowed to show her intelligence and resourcefulness many times in these tales, contributing even to their climaxes. Maybe it’s not quite accurate, but it’s clearly better.

Disappointingly inaccurate, on the other hand, was the music by Howard Carter (The Foe from the Future) and Andy Hardwick (The Valley of Death). It’s their typical generic-action-film-score-but-not-very-good stuff, and it grates even more than usual when you’re listening to a story that would have been done by Dudley Simpson, who sounds absolutely nothing like this. A good score should not be frequently mood-killing.

Were either story here released on its own, I don’t know how I’d sum them up — they both have weak and strong points. But given the option to pick up both at once, I’d recommend you do it. A full ten episodes of Doctor Who, generally entertaining all the way through. What else could you ask for?