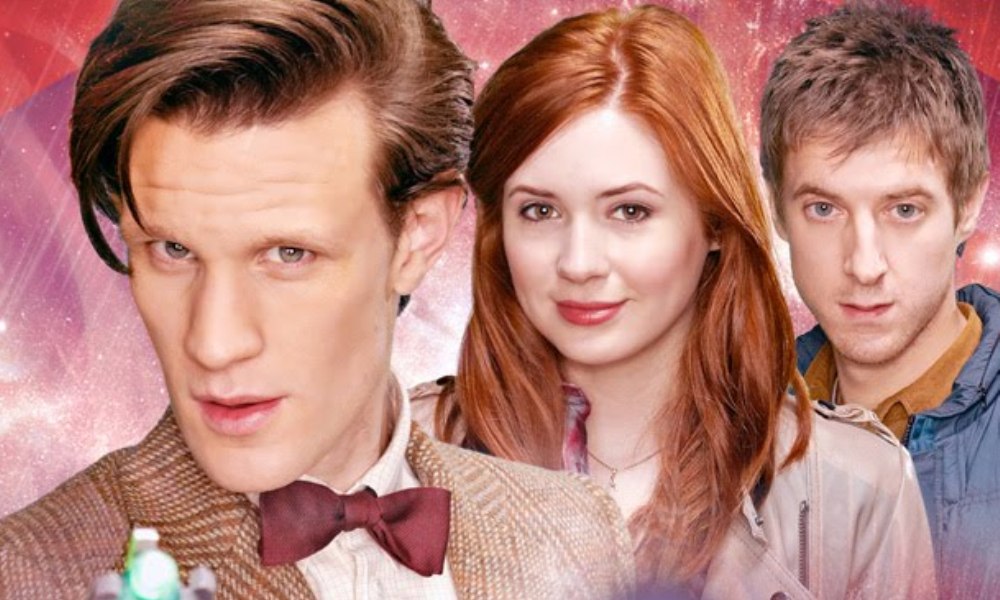 Hunter’s Moon is an Eleventh Doctor New Series Adventure written by Paul Finch which leads the Doctor and his companions to a Leisure Platform in the mostly lawless fringes of the galaxy. While the Doctor tries to catch up with an old friend, Amy and Rory begin to stroll around the platform on their own. When Rory gets caught up in an alien game, everything gets out of hand, and the three are separated as Rory and the TARDIS get abducted by a crime lord and the Doctor remains on the platform without his TARDIS. Will they be able to reunite? And what’s the connection to aliens abducting people from Earth?

Hunter’s Moon is one of those books that is reasonably acceptable when you are willing to turn your brain off and don’t look to closely at the rather apparent weaknesses, but which won’t be able to ever be more than one-time time-killer. There are things I liked about it, like the fact that all three of our heroes are shown as perfectly capable to get things done on their own. That’s a given for the Doctor and partly for Amy, but Rory doesn’t always gets the chance to show his heroic side in the books. But here comes the other side of the coin and one thing I found extremely annoying: before he gives Rory the chance to shine later in the novel, Paul Finch depicts him like an idiot to set up the adventure. And that’s one symptom of one of the major weaknesses of this novel – it’s totally inconsistent with its characterisations. That’s not only true for Rory, but also for the other two TARDIS passengers; in some scenes I can totally see Matt Smith as the Doctor, but in others he just didn’t feel right, and the same is true, probably on a smaller scale, for Amy. Most of the original characters do their job, but they don’t really come to life beyond that.

The story itself isn’t overly original, but I guess Finch makes use of it adequately to fill the space of the 256 pages he was given. And for once this is a NSA that wouldn’t have benefited from more room in my opinion, as it really hasn’t enough bones to put additional meat on. There are some nice scenes, like those giving Rory a chance to be a hero during the hunting, but most of the plot is too predictable to really suck you into the narrative. I pretty much called all the major plot points long before they happened and while I would like to think that’s because I’m smart, it’s more a result of the fact that Finch sets them up so obviously a blind man would see them coming from light years away.

Overall Hunter’s Moon is definitely one of the weaker NSAs I have read, and the few nice scenes aren’t able to do more than to elevate it to a barely average level. As I said above Hunter’s Moon is only really an acceptable tool to kill your hunger for new Eleventh Doctor Doctor Who if you’re willing to ignore most of the rather glaring weaknesses.

Hunter’s Moon (by Paul Finch) was released by Pocket Books in April 2011.