Doctor Who: The Curse of Davros review 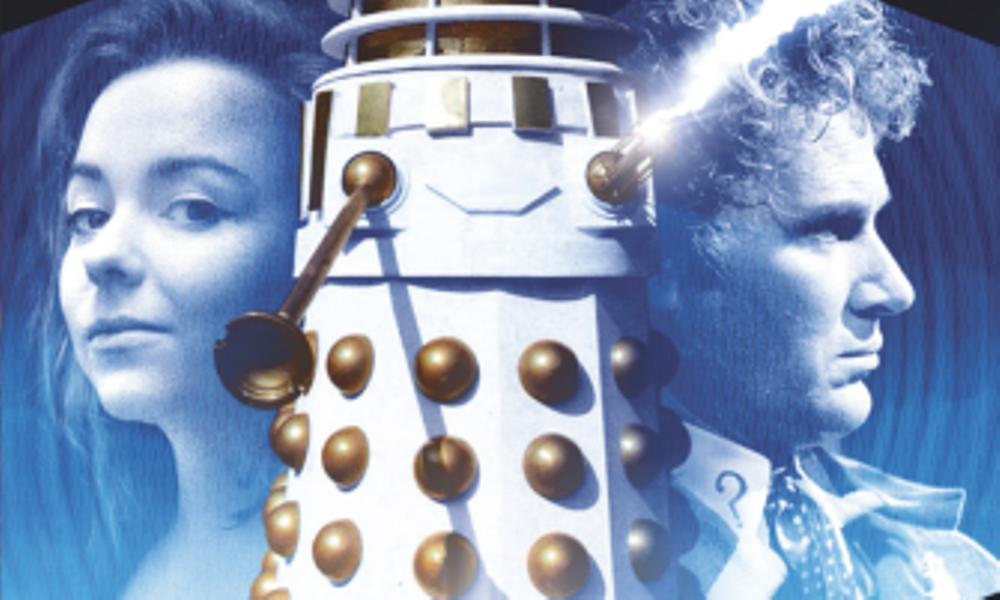 Jonathan Morris’s Doctor Who audio The Curse of Davros introduces a new companion, but an old character, bringing back Lisa Greenwood as Flip Jackson, who previously appeared in the overcrowded The Crimes of Thomas Brewster. I actually heard the announcement that Flip would be returning before I heard Crimes, and on finally listening to the story, I was baffled; I don’t think I’d’ve noticed her at all if it hadn’t been for that announcement. But here she is back (alongside her boyfriend Jared) when an escape pod carrying the Doctor crashes in London, and she’s the only one who notices.

What follows is a story that’s hard to discuss, because it has a central premise that would be partially ruined by giving it away. I managed to intuit it even by reading a non-spoiler discussion, so I’ll try to be super-vague. In general terms, however, the Doctor is on the run from the Daleks in 2012, trying to get back to 1815, where Davros is allying with Napoleon to change the course of the Battle of Waterloo. The Doctor, Flip, and Jared must dodge the Daleks, the police, the French, and the Duke of Wellington if they want to keep history on course. It feels a little bit too small scale for Davros and the Daleks, coming off a lot like the Master’s plan in The King’s Demons.

That central premise, though — what an idea. It’s so obvious, that I can’t believe it’s been done before, and all the best parts of the play derive from this. By the end of The Curse of Davros, the Doctor understands Davros’s character as never before, drawing from some of the backstory and characterisation in Lance Parkin’s Davros. Colin Baker and Terry Molloy, never slouches to begin with, do a fantastic job with the material. (I was disappointed that the very brief extras track was solely concerned with Flip; I’d have much preferred to hear Baker and Molloy’s thoughts on the story itself.) I was just pleased to get Molloy back at all (he hasn’t been in a proper Big Finish for over six years!), and to get him in this story was doubly grand.

Which all makes it a shame that the Waterloo material is a little limp; one finds oneself wishing that this premise could have been used in a better story. Also that I hadn’t known it ahead of time, because I’m sure the reveal would have been grand. (I’ll just have to live vicariously through my wife when we listen to this one together years and years from now.)

The Waterloo plot is saved, I think, by the performances and characterisation of those involved. Granville Saxton plays the Duke of Wellington, and though he’s no Ron Moody (who played the part in Other Lives), he puts in a good performance. But who really shines is Jonathan Owen as Napoleon, portrayed by both writer and actor as an intelligent man driven to succeed, yet by no means maniacal or unreasonable; his first scene with Flip was the best scene to not include the Doctor or Davros in the entire play. You almost feel sorry for him when you learn his reasons for allying with the Daleks to begin with.

The sound design on this release (by Wilfredo Acosta) is a little disappointing. It’s partly the writer’s fault for including them to begin with, but the scenes where a massive crowd cheers at the end of a speech but otherwise make no noises are just lame, and I wasn’t impressed by the incidental music, sub-film score bombast that doesn’t play to audio drama’s strength and quotes from the Doctor Who theme far too much (i.e. at all).

Have I been spending this whole review avoiding commenting on Flip? I may have. Flip is… not awful. But she’s not very distinctive, either. A contemporary companion of little formal education but with “street smarts”, she’s like a junior version of Lucie Miller, without the spark (i.e. Sheridan Smith) that made Lucie work. Jonathan Morris bigs up Greenwood’s performance in the extras, but I didn’t really hear anything distinctive. (Lisa Greenwood isn’t half cute, though, so it’s a shame this is audio.) Plus I don’t think her boredom and need to escape her ordinary life was anywhere near as compellingly characterised as Rose’s in Rose or Donna’s in Partners in Crime, which the story was clearly trying to ape. Big Finish tried this before with Tamsin in Situation Vacant, and it didn’t really work there, either. I remain sceptical that there was a compelling reason to bring the character back. (I never thought I’d be saying it, but I kinda miss Mel, who hasn’t appeared in a Big Finish story in over four years now, I believe.)

The Curse of Davros has a compelling idea at its centre, but is not quite the sum of its parts. Every scene that explores Davros himself is great, but I found myself a little worn out by much of the rest of the story. But if you like a good Davros story, pick this one up — it’s a great Davros story, actually, and an average story in every other regard.

(P.S. Jonathan Morris, don’t tease me by mentioning DI Menzies like that!)

The Curse of Davros (by Jonathan Morris; starring Colin Baker, Lisa Greenwood) was released by Big Finish Productions in January 2012.