The Minister of Chance: The Forest Shakes review 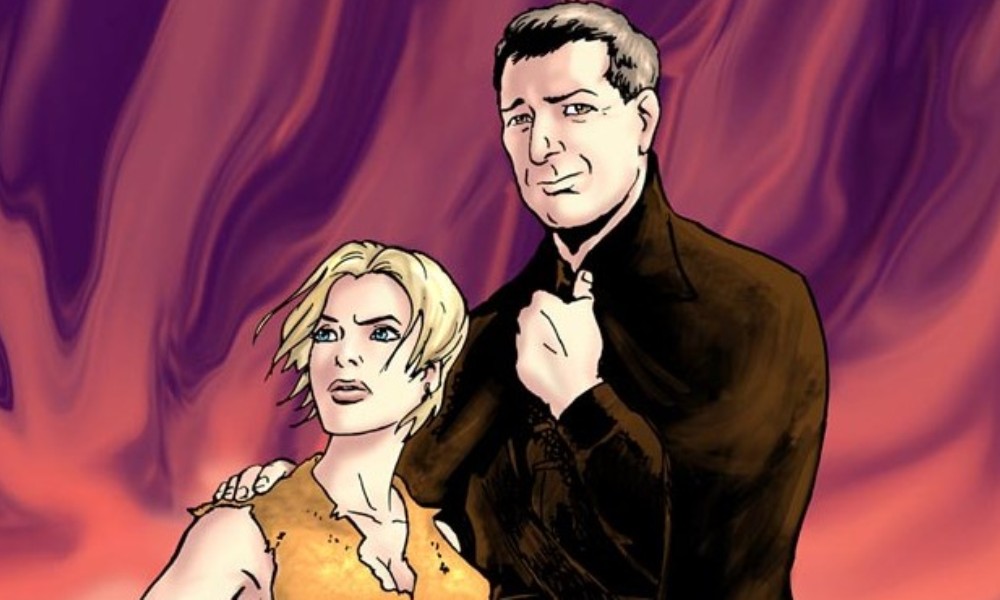 My sense that The Minister of Chance was hitting several familiar story beats from Death Comes to Time was only heightened by its second full episode, The Forest Shakes. In this episode, the pacifist Professor Cantha ends up in a Sesian prison, and much of the discussion she has mirrors what Saint Valentine says to Nessican. In addition, Cantha’s comments to the Minister about his loneliness sound similar to what Senator Sala said to him, and Governor Durian’s return to Seswan is a lot like General Tannis’s return to Alpha Canis, and there’s a prison break here, though its connection to the Death Comes to Time prison break is admittedly small.

But though it’s distracting, it’s not overwhelming. The exploration of how pacifism can be a form of strength actually goes further here than in Death Comes to Time, and I quite liked the scenes where Cantha talks to her well-meaning guard. And given Julian Wadham’s much gruffer incarnation of the Minister of Chance, the loneliness angle will probably play out differently as well.

While Cantha struggled on Tanto, the Minister, Kitty, and their new friend Sutu are struggling to escape from the alien planet they’re trapped on. They don’t quite know what’s going on, but it becomes clear that the natives are as distressed about the disappearance of the Time Lord known as the Horseman as they are. I wasn’t entirely sure why the natives were doing some of what they were doing, but I’m not sure I was supposed to, either. It was nice to hear the Minister and Kitty work together, as it was also nice for Kitty to demonstrate her own intelligence in working with Sutu to help liberate Professor Cantha. Overall, The Forest Shakes is a fun action piece that sets up some intriguing mysteries for episodes to come. (And, as always, the music is excellent.)

The thing is, we don’t yet know if there will be episodes to come. Originally, the two full episodes cost a couple dollars on iTunes, and the proceeds from those sales were supposed to fund a third episode. This must not have worked out, because now they’re free for download, and Dan Freeman is raising money to continue via IndieGoGo, one of those crowdfunding things. If you haven’t heard these audios already, it’s worth the 70 minutes of your time it’ll take — they’re free, after all. So give a listen to a promising spin-off from one of the odd and interesting corners of the Doctor Who universe.

The Forest Shakes (by Dan Freeman) was released by Radio Static in May 2011.