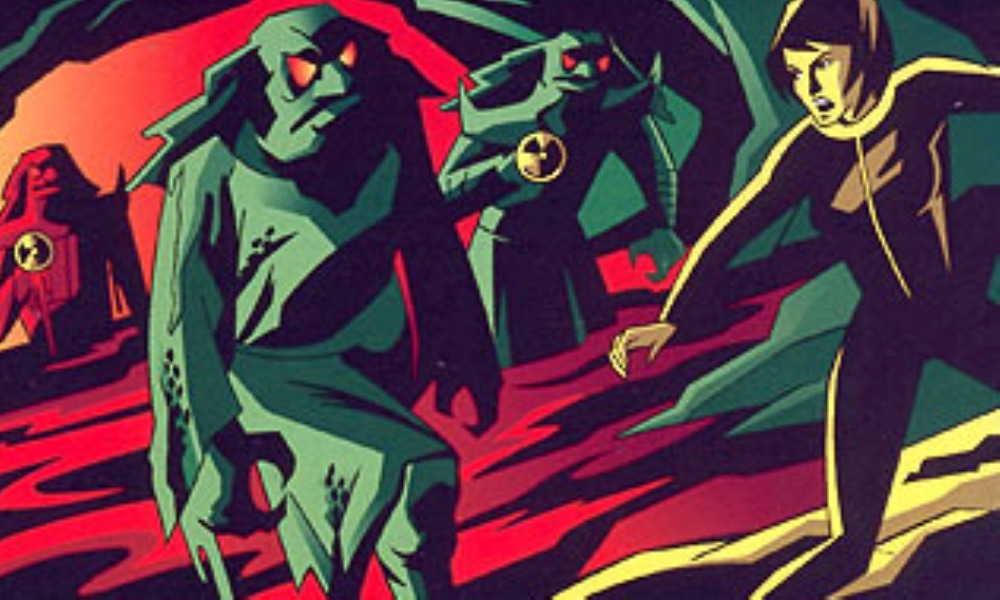 My ongoing journey through Bernice Summerfield‘s “monster season” brings me to Professor Bernice Summerfield and the Poison Seas, which brings back the Sea Devils, who appeared in Doctor Who in 1972’s The Sea Devils (well, duh) and 1984’s Warriors of the Deep. In an interesting twist on the usual storyline, instead of confronting latecomer humans on Earth, the Sea Devils (here described by the political correct “Earth Reptile” name) are themselves latecomers on the human colony world Chosan, previously seen in author David Bailey’s The Secret of Cassandra. (Hardly the most auspicious beginning, as that story was among the Benny series’ worst.)

Though it’s a noble idea, The Poison Seas is pretty much an utter failure. Foremost among these is that the Sea Devils are nearly unintelligible, the usually reliable David Darlington committing a rare lapse in sound design. You can figure out what they’re saying enough to follow the plot, but I couldn’t tell any of the Sea Devil characters apart beyond that some were male and others female, and because they all speak in a whisper, all the scenes they feature in lack any kind of dramatic energy. Things only get worse when the Sea Devil computer speaks up, as it seems to have an additional electronic effect designed to make it even less intelligible. Come back Ice Warriors, all is forgiven; the Sea Devils are surely the Doctor Who monster least suitable to audio.

If this was the story’s only flaw, I could forgive it, but unfortunately it’s dead boring, too (or maybe as a result). Sea Devils talk to each other about proteins, Benny chases after a terrorist or something, the villain is ridiculous and not in a good way, a terrorist behaves like an unmotivated idiot, the quips fall flat, and the resolution is insulting to the listening who just invested 60 minutes in listening to that. Something almost interesting happens when Benny talks about what the Braxiatel Collection means to her, but she goes on so long that her monologue (which she’s ostensibly giving to another character) descends into self-parody and mawkishness. It was much better when Benny summed it up in Beyond the Sun with just “I like having somewhere to miss when I’m away.”

I guess there’s a cliffhanger of sorts at the end, but even that’s botched up. It doesn’t present an exciting call to pick up Life During Wartime, but rather a vague sense of unease. The only explanation I can devise for the ineptness of this audio is that David Bailey wanted to make sure that The Secret of Cassandra wouldn’t win the coveted title of “Worst Audio Drama Set on the Planet Chosan”.