Doctor Who: Army of Death review 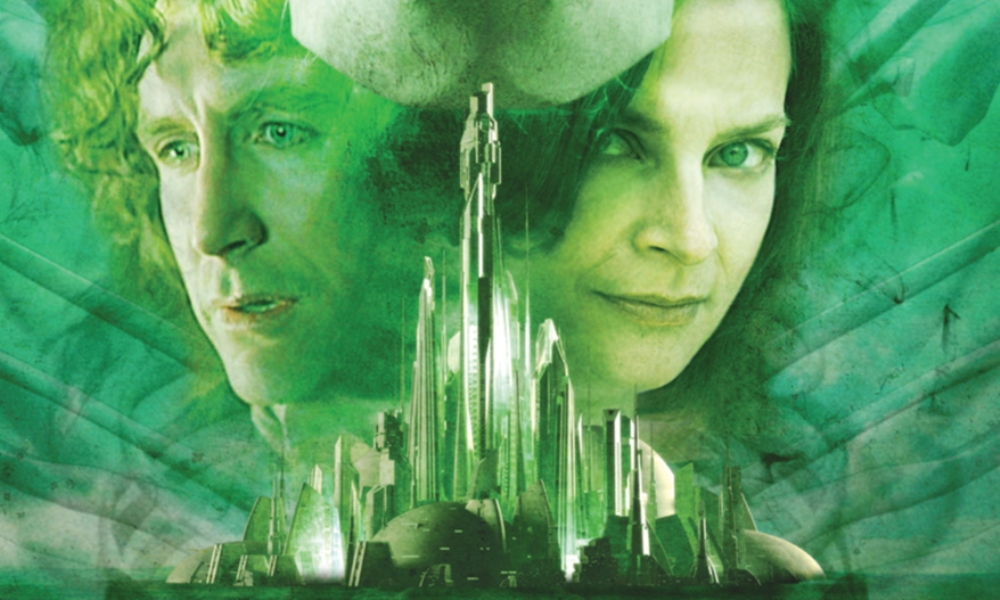 The previous Mary Shelley Doctor Who adventures have taken Mary to only her near-future and her past; the furthest afield they’ve gone was Space Year 2011, and even then, Mary spent most her time running around a historic mansion. This has thankfully dodged a problem I predicted ever since it was announced that Mary would be the companion for these three stories: Mary can’t go to the future.

The reason is Mary Shelley’s “other” science-fiction novel, The Last Man. Oh yes, everyone knows Frankenstein, and that story’s themes have suffused this run of plays to great effect. Mary has been sympathetic to the “monsters” she’s come across, but there’s always an undercurrent of repulsion, as in Frankenstein itself, where the narrative seems to never quite admit that the creature deserves our pity. But Shelley also wrote The Last Man in 1826, about England in the far-off 2090s… a time where the only changes have been the abolition of the monarchy and the use of balloons for travel. (But only in one scene. Shelley seems to otherwise forget this.) There’s even a subplot about the creation of a national portrait gallery, England having been unable to even manage that. How, then could Big Finish convince me that Mary Shelley had ever been to the future when her own ability to predict it had been so meagre?

In his director’s notes in the CD sleeve, Barnaby Edwards comments on Army of Death’s links to The Last Man, but I don’t see it in the play itself. At its best The Last Man is a moving meditation on human loneliness, but there’s also a lot about the collapse of Romantic ideals amidst political and human realities. Army of Death, on the other hand, is a story about an army of skeletons led by a suicidal madman. I think Jason Arnopp wants Army of Death to be scary — all of these Mary stories have had an undercurrent of horror, and Arnopp previously penned a horror entry on The Demons of Red Lodge and other stories — but it fails to achieve that entirely. On audio, an army of largely silent skeletons can never really be frightening, and unfortunately my head just kept conjuring the image of Burn Gorman off Torchwood wrestling a crap CGI skeleton in the lobby of a hospital.

Despite that, Army of Death rattles along fairly nicely for its first three parts. There’s nothing exceptional — the characters are all pretty generic — but nothing too awful, either. In the last part, however, it all goes sour when the villain makes himself known, and turns out to be a bad actor dispensing awful melodramatic dialogue with no comprehensible motivation. The somewhat confusing backstory doesn’t help; there are two dead presidents that are repeatedly referred to, and it took me ages to realise that they had, in fact, ruled different cities. Maybe one of them should have been a chancellor? There are some “shock” revelations about both of them, but since I could never remember which was which, the effect of these was somewhat dampened.

The only interesting guest character is Commander Raynar, played by Mitch Benn, who is entertaining in a way that the politicians/cultists/disciples we see are not, even though I don’t think his role is written with any more depth.

Where Army of Death is most successful is in its depiction of Mary. Julie Cox has been a joy to listen to in these stories, and that continues here. Her original appearance in The Company of Friends gave her a tense relationship with her husband Percy, but in these stories, she’s occasionally mentioned him fondly, and here we learn that she’s torn between her affections for Percy and for the Doctor. Of course, companions in love with the Doctor is nothing new (maybe the Doctor is so forthcoming with Charley in Neverland because he already experienced it with Mary here?), but Mary’s more reserved than Charley or Rose, and this puts a slightly different spin on it… not to mention that she’s married, of course!

The end of Army of Death nicely leaves things either way; we could have more Mary stories, or the Doctor could go and drop her off at Lake Geneva again, go pick up Samson and Gemma, and get his memory wiped. There’s even a gap clearly established between Army of Death and The Witch from the Well for other adventures. (I assume this is when they meet the man who is not Mary’s brother, referred to in Neverland. When does the Doctor visit Lake Geneva with Professor Chronotis, as mentioned in Shada?)

As for my problems with The Last Man’s lack of futurism? During this story, the obvious answer occurred to me at last: Mary couldn’t let anyone know she’d been to the future, so she left any accurate bits out on purpose. Lucky for us, because I’d shudder to imagine that Mary Shelley could have written something as disappointing as Army of Death.

(For once, my computer ripped all the CD Extras just fine… yet the problems continue, as for some reason all the voices on the interviews are pitch-shifted down ever-so-slightly. Paul McGann sounds quite funny. Disappointingly, there’s a lot of actors with the usual boring talking points, and nothing to be heard from the writer or script-editor at all. On the other hand, the music track is especially appreciated, as Fool Circle’s score is thumpingly enjoyable, one of the best in the main range in recent memory.)