Doctor Who: The Elite review 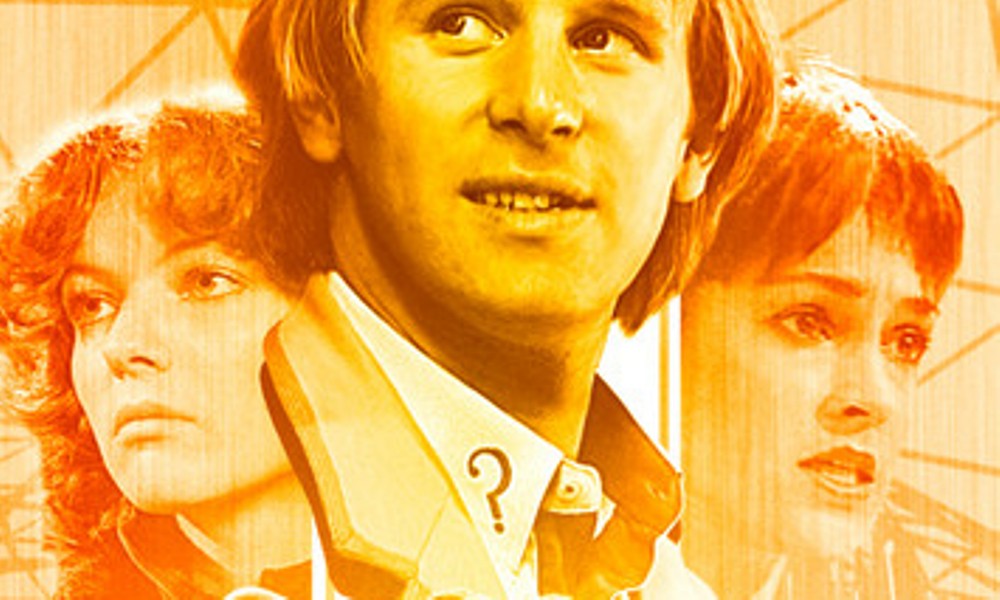 The third season of Big Finish’s Doctor Who: The Lost Stories is here. The scars still haven’t healed since Andrew Cartmel inflicted Season 27 on us, but regardless, we soldier on into the future. Or rather, into the past — the third season takes us back to Season 20 of classic Doctor Who, reuniting the Fifth Doctor with Tegan and Nyssa in the gap between Arc of Infinity and Snakedance. The Elite is written by John Dorney, based upon a scrap of an idea by Barbara Clegg. It’s not quite “authentic” (are these Lost Stories ever?) as Clegg pitched The Elite after Enlightenment, which means it could never have featured Tegan and Nyssa, but on the other hand, it’s one of the most authentic-sounding Lost Stories yet.

As Dorney points out in the liner notes, The Elite opens the way many Nathan-Turner/Saward stories did: the Doctor and his companions in a long TARDIS scene, discussing the previous adventure and bickering a bit. For someone like me who considers Seasons 18 through 21 to be one of his favourite periods of Doctor Who, it’s a joy to listen to. Dorney writes the Fifth Doctor, Tegan, and Nyssa perfectly. But he’s not above a bit of modern joking at the expense of the era, as we find out why Tegan wore that tube top all season long. There’s also a reference to the Big Finish adventure Omega. I feel like I shouldn’t like these ahistorical components, but they work here, making the story not just a pastiche of the era it’s recreating, but a knowing one. The music all adds to the experience — moreso than any Lost Story so far, it sounds perfectly like the music of the era. You can imagine Roger Limb or Paddy Kingsland slaving away in the BBC Radiophonic Workshop producing this score. It’s the work of Fool Circle Productions (I see what you did there), who were previously responsible for excellent work on Cyberman 2. The sound effects get it, too.

So that’s all the nostalgia in order. But what about the actual story? I’m pleased to say it’s a winner, the first one the Lost Stories have had since The First Doctor Box Set. To be honest, it’s probably better than we would have got had the story actually been transmitted in 1983. Like I said earlier, the dialogue is sharp and funny, but the story and its themes are also quite interesting. The Doctor and company land in a domed city ruled by the Elite — and the Elite are ruled by their mysterious High Priest in the Cathedral of Power. Everyone’s split up, of course: the Doctor finds himself facing those in power, Tegan falls in with a band of rebels, and Nyssa is taken to be reeducated. Some of it’s typical capture-and-escape, argumentative-rebels-and-authoritarian-military stuff that we’ve seen before, but the sharp dialogue (Davison’s Doctor is the somewhat-more-defined version we didn’t always get in the 1980s) and good acting keeps it up.

There are twists, too. The first cliffhanger isn’t so great, but the second is good. You can spoil the second for yourself by knowing the little about The Elite that’s out there (I knew it already), but it’s okay, because the third one is great. Taken together, though, they’re more than mere “twists” but serious expansions of the story that build the ideas nicely and portray something in a way we’ve rarely seen it done before. (How’s that for vagueness?)

If there’s any fault, it’s that though the dialogue is usually good and often excellent, the characters themselves are a little generic. There’s the general, the general’s assistant, the beleaguered rebels that Colin Baker always seemed to run into, the fanatic, and so on. The schoolteacher was perhaps the most interesting of the lot of them, but she didn’t have as much to do as one might hope. (There are rather a lot of characters, though. Not even Nyssa gets a whole lot to do.) Also my CD Extras on the first disc don’t work again, and that disappoints me; if they’re interviews (as usual for a Lost Story), I’d like to hear more from the production staff, especially Dorney, and if they’re a music suite, I really want to hear it!

The regulars are on great form — this is (nearly) the TARDIS team I remember loving. (I miss Adric. Really.) Tegan had always been a favourite, and Fielding here pitches here just right; she’s bolshy without being obnoxious. (Also she’s funny. Not being script-edited by Eric Saward has to help.) In fact, the only real performance weak spot is Ryan Sampson, and then only at the very end of the story.

I think that, for once, all of the buttons I want out of a Lost Story have been pressed. The story gets its period just right, but it also does things one better. I would have loved to have seen The Elite on TV in 1983, but I suspect it never could have been this good had it happened then.