Doctor Who: The Witch from the Well review 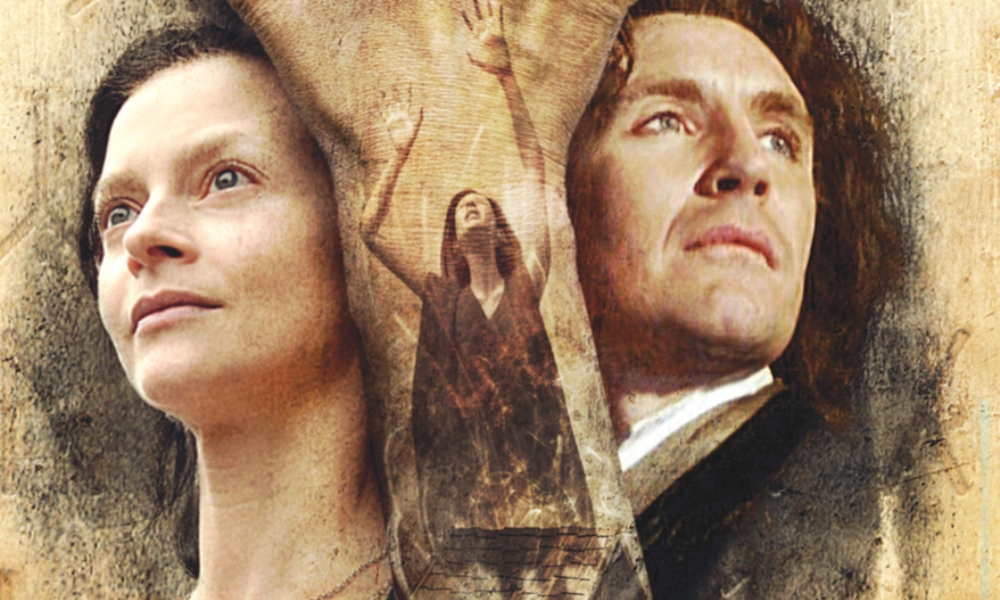 In their third adventure together, the Doctor and Mary land in the twenty-first century, where they are promptly attacked by a witch. Along with a pair of human twins they’ve met, they travel back to the seventeenth century to find out where the witch comes from. But something’s not as it seems (of course) and soon Mary finds herself back in the twenty-first century, fighting the same threat as the Doctor in the seventeenth. Such is the premise of The Witch from the Well, the second audio drama from Rick Briggs, who previously penned The Entropy Composition on The Demons of Red Lodge and other stories.

Briggs writes a nice story. I mean The Witch from the Well will never be called a classic of the genre, but it’s one of those Doctor Who stories with a couple monsters, a nice idea, and a lot of running around that never really flags, and never bungles things up. What could be a bog-standard runaround is saved by the use of the two different time periods. In these days of wibbly-wobbly Moffaty-sophistry, it’s nothing new or impressive… but the story doesn’t ask us to be impressed, either. It’s a new layer or complication added into the plot, a bit of colour that actually does quite a bit to energise the story.

If there’s one flaw, it’s that the story gets a little too technogubbins by the end. We’re told that the aliens in the story use irrational technology that no-one else can abide… but then the Doctor starts babbling about odic fields and lokic webs and the Hecatrix Dimension, and it all could be tachyon particles for all the sense it makes. A little bit of refining could have gone a long way. Also, the motivations of the villains are a little too clearly explained — given the story they tell, they don’t seem to be the type to understand their own rationalisations quite so easily.

On the other hand, there are some good ideas at play here, with the Doctor telling the villagers to question, to not be so zealous… but then realise that he doesn’t have the words to do anything different. “She’s not a witch, she’s an alien” isn’t exactly meaningful or helpful to someone from the seventeenth century. (It would have been nice for the script to do more with this, actually.)

As did The Silver Turk, The Witch from the Well boasts a set of strong guest performances, which is one of the reasons the story never flags. Andrew Havill is the standout, playing both the squire of the seventeenth-century village and his twenty-first-century descendant. They sound similar enough, but not too similar, and both of them are interesting characters. The former a man who doesn’t know what his duty is in light of the strange things happening, the latter a bit of a fop who finds himself out of his depth even if he has just met an associate of his hero, Lord Byron. It helps that he has good interactions with McGann and great chemistry with Julie Cox.

Also quite strong are the twins, played by Alix Wilton Regan and Kevin Trainor, in roles that could be annoying… but never are, and are even somewhat surprising. This goes for many of the characters. Though some seem like stereotypes at first — the bolshy woman, the gentle healer, the evil witchhunter — both Briggs and the actors give them small twists to make them feel like real people. I’d single out Simon Rouse, Serena Evans, and Lisa Kay, too, but then that’d be the whole cast! Kudos to Barnaby Edwards for pulling this lot together.

Paul McGann is on top form, too, getting angry a lot and doing rather a good job of it, and Julie Cox once again impresses as Mary. Encountering a fan of Byron is perhaps pushing it, especially after two stories where Mary witnesses events that will inspire Frankenstein (where’s the love for The Last Man, Big Finish?), but Briggs gets good mileage out of it, and Mary shows herself to be clever and compassionate once again, acquiring nearly a companion of her own while she’s separated from the Doctor, and solving her own problems more than ably.

(The extras on the first disc wouldn’t play for me, but judging by the ones on the second disc, that might have been a blessing in disguise. Rick Briggs is a little bit incoherent, but someone makes the mistake of asking Paul McGann about the Doctor’s character, and he comes out with a load of complete rubbish. Editing might have saved it, though — it starts good, but descends into nonsense about halfway through.)

It’s not as clever as The Silver Turk, but it’s on a firmer footing, and I enjoyed it straight through. Plus also there’s some nice jokes, and I’ll never complain about that. Sometimes Doctor Who goes for big and brash and bold (and does it wonderfully), but there’s something in these smaller stories, about the ordinary folks who aren’t Time Lords or Time Agents or whatever: lost people trying to find their way in a strange universe, who the Doctor drops in on and gives a helping hand. The Doctor went to Vetter’s Tor to save a monster, and both it and us are the better for it.

The Witch from the Well (by Rick Briggs; starring Paul McGann, Julie Cox) was released by Big Finish Productions in November 2011.