Doctor Who: The Silver Turk review 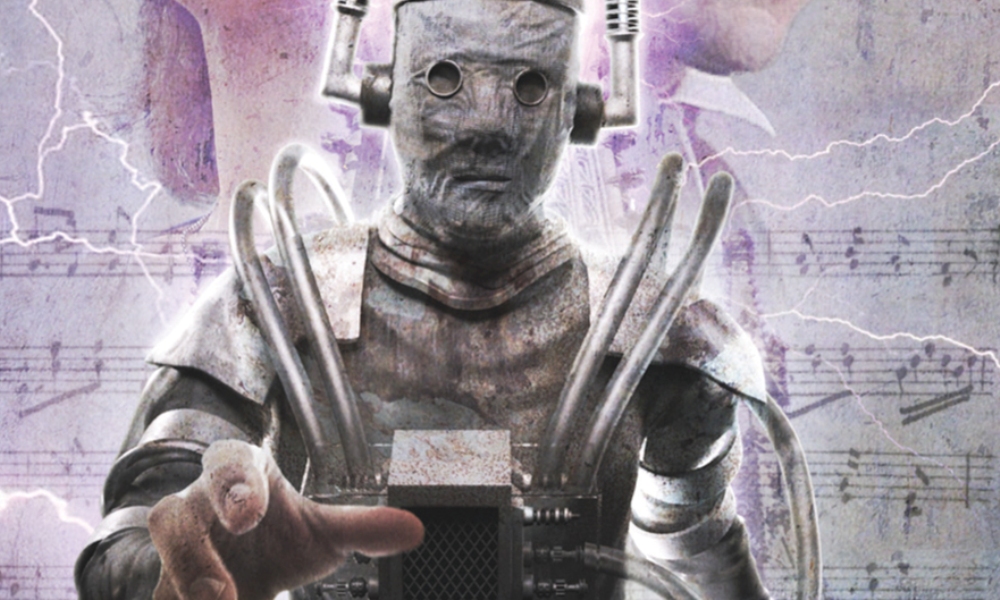 Paul McGann! Nothing gets me excited like a new start for the Eighth Doctor, even if it’s a new old start. The Silver Turk takes us back to the Eighth Doctor’s early days, before Charley Pollard, to his travels with Mary Shelley, picking up from the end of The Company of Friends. So I was pretty jazzed to get ahold of it at long last.

In The Company of Friends, the Doctor left Samson and Gemma in Vienna to answer a distress signal, so here, the Doctor tries to get back to the duo with his new friend Mary. Alas, adventures with the trio of Samson, Gemma, and Mary are not to be, for the Doctor gets the time wrong, accidentally landing in Vienna some 57 years into the future, where Alfred Stahlbaum is showing off his brand new invention, the automaton known as the “Silver Turk”. Only it’s not an invention at all, as the Silver Turk is quite clearly a Cyberman…

In some ways The Silver Turk is for the Cybermen what Jubilee was for the Daleks — there’s a lone Cyberman on Earth, confused and tortured, and while the Doctor distrusts it, his companion feels compassion for it. The Silver Turk never hits that strand quite as hard as Jubilee, but both Marc Platt’s writing and Nicholas Briggs’s performance make all the Cybermen into interesting — dare I say it — characters. It’s not so much that you feel sorry for the guys (though you do sometimes), as that they act like people with motivations, and not monsters doing monster things.

Characterisation is probably this story’s big success all around, especially Mary Shelley. Mary got to be compassionate in The Company of Friends, but here we get see her experiencing both the wonder and the fear that the Doctor’s friends must encounter on a daily basis. I like the way that Julie Cox plays Mary; it’s different to a lot of companions, who tend to wear their emotions on their sleeves. Mary’s reserved, quiet, but perfectly strong regardless. It gives her a nice dynamic with the flamboyant Doctor, who seems to want her to open up a little bit. With both Charley and Lucie, McGann’s Doctor was paired with very loud, brash companions, so it’s nice to have something different. The Silver Turk plays up Mary’s compassion, too, but also her intelligence and her determination — but it’s not afraid to have her freak out when it needs to.

The guest characters, too, come across well, thanks to both acting and writing. Gareth Armstrong does a great villain as Dr. Johan Drossel, but I was especially fond of the loud, slightly-courageous, slightly-cowardly cabbie Ernst Bratfisch (played by David Schneider) and Countess Mitzi Wittenmeier (played by Claire Wyatt), who could easily have been dull and simpering, but worked more often than not. The only real weak link was Christian Brassington’s Stahlbaum, and only in the later stages of the story, where his motivation seemed to become increasingly muddled.

There’s also a lot of ideas at play in The Silver Turk. It’s a clever conceit to have a near-future story for a historical companion, something I can’t think of ever having seen done before. The far future world of 1873, wow! The Silver Turk is, of course, based on the real Mechanical Turk hoax, and then there’s imagery like the citizens of Marionettenburg, the deformed Cybermen, lightning on the tower above Vienna, and a strong audio landscape that makes good use of both singing and piano. (I love having the bonus music track, but the interview extras are Nick Briggs telling you he can’t remember something and Julie Cox noting that she really ought to read Frankenstein someday. At least they’re short.)

And as for the new theme music — I love it. Big and noisy and surprising, but still very Doctor Who. Just lose the 1970s cliffhanger sting, and we’d be set; it quite clearly has nothing to do with the rest of the piece.

The Silver Turk is nice stuff all around, a collision of ideas and plot and visuals in the way the best Doctor Who always should. It’s a new fresh start for the Eighth Doctor, but even apart from that, it’s just a solid Doctor Who adventure.